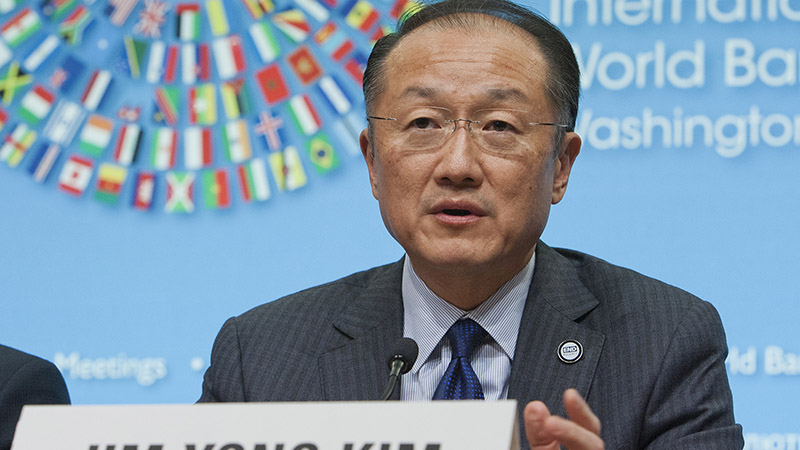 The World Bank is working to convince Vietnam’s government it should not build a network of polluting coal plants across the country, the global lender’s president said in a New York speech.

Jim Yong Kim said leaders in Hanoi are considering plans for up to 40 gigawatts of new coal power, believing it will be cheaper than solar, wind and other forms of renewables.

“When I ask them about using renewables they say ‘we would but it’s too expensive’,” he said. Coal is 9 cents a kilowatt hour and the tariff for solar is 12-13 cents, but “there’s no need for it to be that high…

“We are bringing to the table all the tools we need to bring the costs down significantly and quickly.”

In May, Kim said a decision by Vietnam to build the full 40GW would be a “disaster” for the planet, and announced the bank would devote 28% of its funding to helping developing countries invest in renewables.

In an unscripted aside, Kim expressed concern about a lack of progress since last December’s Paris climate deal, when 195 countries agreed on a plan to limit global warming to well below 2C.

That agreement is expected to enter into force later this year. The US and China have formally joined, with India and the EU promising to do so in October.

Kim, who was reappointed as World Bank president earlier this week, said he was frustrated by “magical thinking” among many politicians and policy makers who appeared to believe Paris had solved the problem.

“When we realised agreement at COP21 there were a lot of people who think we have done the job,” he said. “We celebrated so long that the hangover is just starting, but where is the platform on which we can say these are our priorities?

“I would strongly suggest that in Marrakech [venue for the 2016 UN climate summit] we plan to have this discussion. If we don’t, we’ll end up patting each other on the back for political agreements and end up post 2C.”

Kim added that “just a fraction” of the $100 billion a year in climate finance promised by developed countries was needed to de-risk infrastructure projects, but added flows of support had to be ramped up this year.