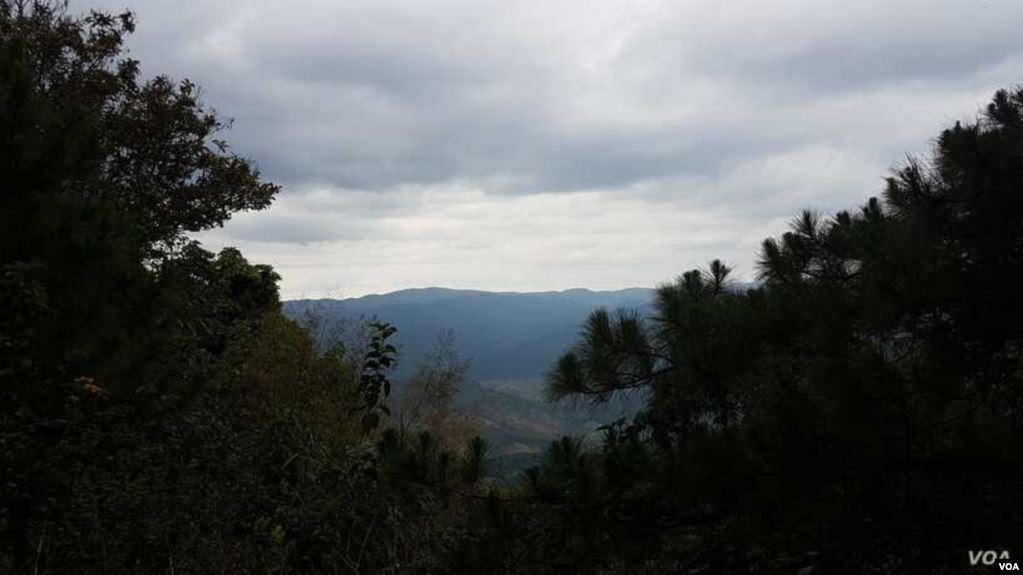 Part of Vietnam’s strategy to reduce carbon emissions is to promote reforestation, such as in the Central Highlands town of Da Lat. (VOA)

Vietnam has introduced legislation to advance its greenhouse gas reduction goals as per the Paris climate accord, decreasing worries the fast-growing nation’s reliance on coal would stymie those efforts.

Vietnam has introduced legislation to advance its greenhouse gas reduction goals as per the Paris climate accord, decreasing worries the fast-growing nation’s reliance on coal would stymie those efforts.

The legislation includes a draft Law on Environmental Protection and a lower-level decree from the Environment Ministry. Together, they prepare Vietnam to decrease its emissions of greenhouse gases.

The combined laws use four main strategies: cap and trade; a ban on chemicals that destroy the ozone; corporate emission reporting rules; and a database of both emissions and the measures to decrease them.

The proposals are a good start, but Vietnam will need to get more specific to turn itself into a “low carbon economy,” according to law firm Baker McKenzie Vietnam, which issued a report analyzing the legislation.

“Although the need for urgent action on climate change through economic transition and sustainable development has been recognized, Vietnam needs specific policies, incentives, and legal guidelines,” the report reads.

The legislation includes measures to decrease emissions by focusing on forests, namely reforestation, and using trees to lock in carbon dioxide. One of the nonprofit groups working with Vietnam to promote community forest management is the Association of Southeast Asian Nations-Swiss Partnership on Social Forestry and Climate Change.

Social forestry gives more control of woodlands to people living around them, decreasing deforestation and corporate control of resources.

“This work brought together people in governments, civil society organizations, the private sector, and communities, often for the first time,” said Doris Capistrano, a senior adviser to the partnership.

“This, in turn, has led to widespread improvements in policies and practices across the region,” she noted.

Vietnam’s emissions strategies in the draft legislation are part of a regional trend. For instance, Singapore also is introducing more corporate environmental reporting rules, as well as a cap and trade program. Under such programs, companies have a cap on how much greenhouse gas they can emit, but if they don’t reach the cap, they can trade the excess amount with other companies.

This means Vietnam will create a “domestic carbon credit market,” according to the Baker McKenzie Vietnam report. To initiate such a market, Vietnam will need data from companies. The draft legislation requires the Ministry of Natural Resources and Environment to come up with a list of companies emitting the most greenhouse gases in the nation and require them to regularly report their emissions. The ministry is supposed to introduce guidelines for the database by the end of 2020.

Besides this database, the legislation also proposes to phase in a ban on companies using substances that destroy the ozone layer in the Earth’s atmosphere. These include such chemicals as those used to produce air conditioners, fire extinguishers, and aerosol cans, for instance.

The legislation is intended to push Vietnam away from carbon, though environmentalists say it needs to do more, particularly to decrease the use of coal. The nation of nearly 100 million people uses coal for almost one-third of its electricity needs —a figure projected to increase by five times by 2030.

The Green ID environmental organization is urging the state to phase out coal. It already succeeded in getting an official commitment to remove 20,000 megawatts’ worth of coal-based power from national plans. But the group is pushing for more reductions and a shift to renewable energy. Vietnam still has eight new coal-fired power plants in the pipeline, which would account for an additional 9,940 megawatts of power.

Another Vietnamese environmental organization, CHANGE, agree that shifting from coal to alternative energy must be part of the collective national effort to reduce emissions. Such pollution is particularly bad for the air quality and for citizens’ health, Hoang Thi Minh Hong, director of CHANGE, said.

“I find it really scary when I see that the air quality in Hanoi and Ho Chi Minh City has been getting worse and worse in the last few years,” she said. “I am really against the argument that this is the price that has to be paid for economic growth.”