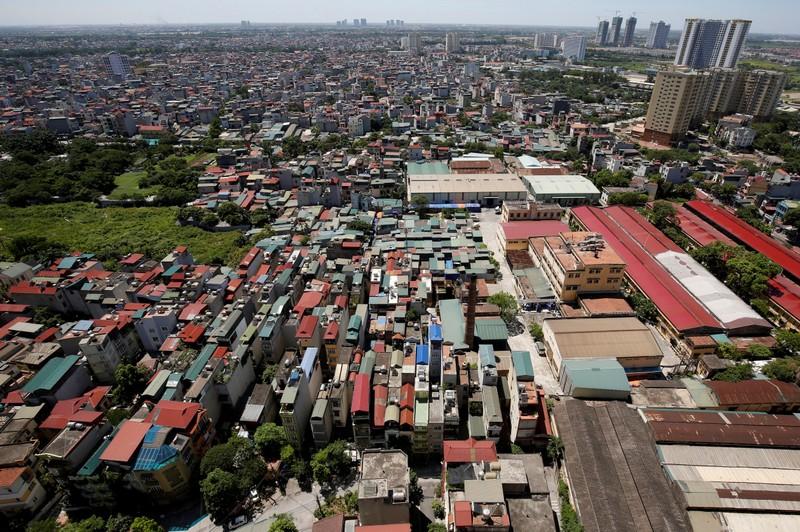 The city of 7.7 million, where pollution last year was four times higher than the World Health Organisation (WHO) considers acceptable, is one of several Asian cities battling emissions from vehicles and industrial activity.

About 7 million people die globally each year from exposure to pollution that brings diseases such as stroke and heart diseases, the WHO said in May.

Pollution is a political risk for Communist-ruled Vietnam, which has witnessed environmental protests to save trees or demonstrate against a steel firm accused of polluting the sea.

Concern about air quality can even be a lucrative business opportunity. 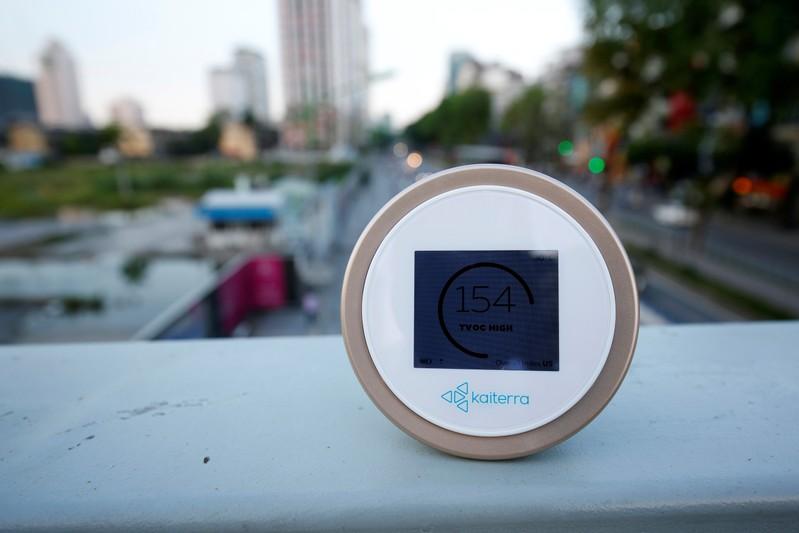 An air quality monitor shows pollution figures on a street in Hanoi, Vietnam May 18, 2018. Picture taken May 18, 2018. REUTERS/Kham

“I usually joke with my friends, the more polluted the air is, the more prosperous I get,” said Cao Xuan Trung, a Hanoi dealer in air purifiers, who expects monthly revenue to double by 2020, from 3 billion

Hanoi’s air quality was the second worst among Southeast Asia’s major cities in 2016, after Thailand’s industrial heartland city of Saraburi.

“Recent developments benefit economic growth, but issues related to sustainable development, and consequences on the environment, increased,” said Nguy Thi Khanh, the head of the Hanoi-based group, which analyzed WHO data.

She blamed factors such as a surge in construction projects, expanding fleets of cars and motorcycles and heavy industry ringing the city, from steelworks and cement factories to coal-fired power plants.

Coal provides the bulk of electricity for Vietnam’s fast-growing economy, expected to grow more than 6 percent this year for the fourth time.

In its pollution fight, the Hanoi city council this month approved a ban on motorcycles by 2030, hoping to boost public transport, including a new train system.

Hanoi has also planted more than 80 percent of a target of a million trees and wants to add 70 air monitoring stations over the next few years to the 10 that exist now.

Hanoi recorded 10 clean air days in the second quarter of this year, higher than the corresponding period 2016 and 2017 periods, Green ID said, but warned the improvement may not mean Vietnam is turning the corner.

“I wanted to create a garden where any house owner can enjoy clean air after a long working day,” said 27-year-old architect Nguyen Manh Hung, who made space on the roof of his home for 15 types of plants that help clean the air, from snake plant to windmill palm.