Delegates spoke highly of Vietnam’s experience in strengthening food security and sustainable agriculture while responding to climate change at the recently-held meeting of the Working Group on Food Security Policy. 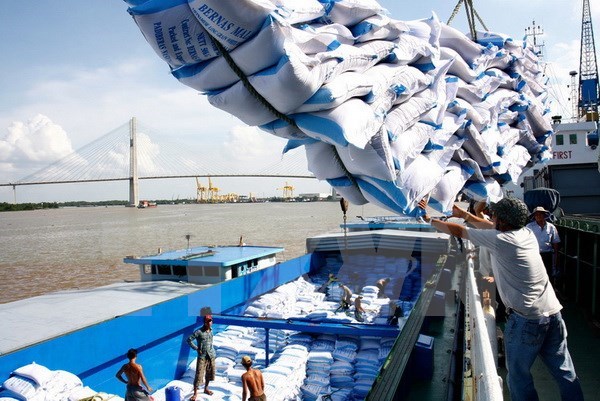 Head of the Ministry of Agriculture and Rural Development’s Institute for Policy and Strategy of Agriculture and Rural Development Tran Dai Nghia made the statement on the sidelines of the group’s meeting from February 25-27, which was part of the first Asia-Pacific Economic Cooperation (APEC) Senior Officials’ Meeting (SOM-1) underway in Nha Trang city, the central province of Khanh Hoa.

According to Nghia, Vietnam is one of the economies vulnerable to climate change so that it must face disasters such as drought, saline intrusion, prolonged flooding and cold weather.

In order to adapt to climate change, farmers in the central province of Ninh Thuan have switched to apple, grape and garlic cultivation that suits prolonged drought. While in the Mekong Delta province of Soc Trang, shrimp breeding in brackish water proves effective amid saltwater intrusion in the region.

Such models have increased farm produce’s added value and contribute to the sustainable development of Vietnam’s agriculture, he said.

Patrick Edward Meran from the US, for his part, hailed Vietnam’s thorough preparations and proposals to the meeting.

He expressed his hope for the outcomes of the High-level Dialogue on food security and sustainable agriculture in response to climate change scheduled for this August in the Mekong Delta city of Can Tho.

The agenda of the first Senior Officials’ Meetings (SOM1) and related meetings of the Asia-Pacific Economic Cooperation (APEC) Forum continued on February 27 in Nha Trang city, south central Khanh Hoa province, with a series of events.

Scheduled to take place from February 18 to March 3, the APEC SOM1 and related meetings comprise 56 meetings, workshops and dialogues of 38 APEC committees and working groups.

Under the theme of “Creating New Dynamism, Fostering a Shared Future,” delegates are expected to discuss and reach consensus on priorities and their contents for the 2017 APEC Year on promoting sustainable, innovative and inclusive growth, regional economic connectivity, competitiveness of small-and medium-sized enterprises and micro-enterprises in the digital era, food security, and climate change adaptation.