Energy consumption, which includes, among other things, transportation, electricity and heat, is by far the largest contributor to human-caused carbon dioxide emissions, contributing to 74 percent of greenhouse gas emissions worldwide, according to Climate Watch data.

“Transforming the lifestyles and behaviors of communities can contribute to reducing carbon emissions. It will send a strong signal to the government and businesses to immediately change their patterns of production and development,” WRI Indonesia’s sustainable business and commodities manager Andika Putraditama said in a written statement on Tuesday. 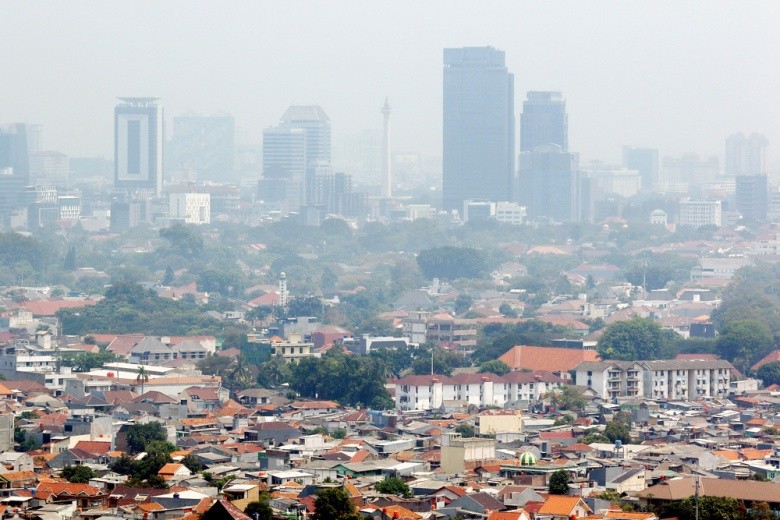 According to WRI data, Indonesia is among the world's top 10 greenhouse gas emitters which contribute over two-thirds of global emissions that exacerbate the climate crisis worldwide. (JP/Dhoni Setiawan)

According to WRI data, Indonesia is among the world's top 10 greenhouse gas emitters which contribute over two-thirds of global emissions that exacerbate the climate crisis worldwide.

The crisis has also affected various regions in the Southeast Asian country, such as floods in Jakarta caused by extreme rainfall earlier this year, the extreme drought in more than 300 villages in West Nusa Tenggara in July and the rising sea level in Semarang, Central Java, the WRI noted.

A 2019 survey by global public opinion and data company YouGov, however, has found that one in five Indonesians do not believe human activity causes climate change, whereas the average Indonesian releases about 2.09 tons of carbon emissions annually.

The Emisi app currently provides features to help people track the emissions from their daily transportation and reabsorb the emissions by planting trees, either by themselves or with the help of partners such as WeCare.id, the Alam Sehat Lestari (ASRI) Foundation, the Carbon Ethics Foundation, the Leuser Conservation Forum (FKL) Foundation and the Mitra Aksi Foundation.

The app will soon be completed and will be able to track emissions from other activities such as the use of electricity, food and clothes consumption and waste production.