What I learned from the women fighting to save our planet

Climate activism isn’t as fun as it used to be.

I remember the first time I striked–revving up the crowd was fun, and so was chanting for climate justice with a group of strangers. But long gone are those days. Climate Strike Thailand, the group I launched, grew bigger and it seemed like it was finally making the difference I had hoped for. But creating change meant fixing a problem, and fixing a problem meant facing the complexities of environmental policy and political drama. 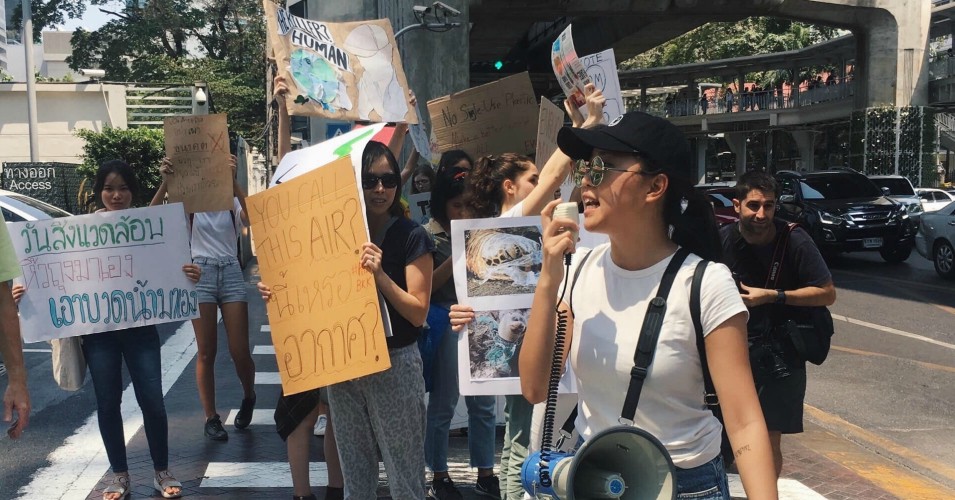 Change also came with the stress of meeting with volunteers, media interviews, events and managing social media platforms. Besides the physical tasks needed to be done, I also had to mentally cope with the incredibly depressing mornings of waking up to the fear of dying from climate change, and horrifying nights of also waking up to anxiety attacks of feeling too powerless and exhausted to stop the crisis.

On many of those nights, I wondered if other people ever felt the same way. I remember thinking about Kotchakorn Voraakhom, a landscape architect whose firm I write for, and wondering if she ever felt hopeless. Kotchakorn and her team work extensively on climate impacts on sinking cities–she was among the “15 women leading the fight against climate change” on TIME Magazine–focused on designing infrastructure which adds green space to Bangkok and other delta cities across Southeast Asia. I wondered if knowing too much about the problem and trying too hard to solve it had ever killed her optimistic vision of the future, the same way it did to mine. 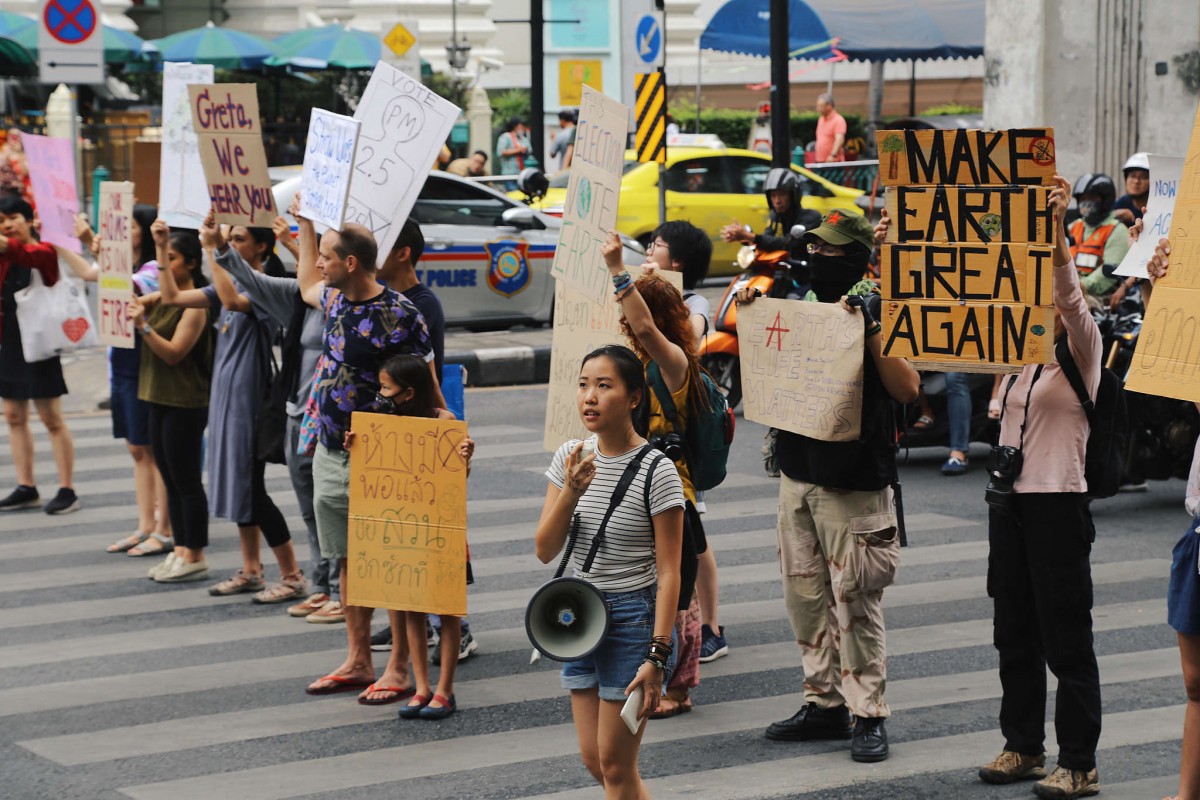 The answer was pretty obvious–yes, very much so and you could see it on her face almost every time you’d meet her. But did that mean she ever wanted to give up? Not really. Sure, problem-solving is difficult, but besides that, what else is there to do?

Problems can be fun to solve, too–at least that’s what my mom believes. As a businesswoman, her days are comprised of problem-solving, which was fun for her. Growing up, I was also taught to be productive and resourceful, to be able to turn any disaster into an opportunity and transform any adversity into an asset. 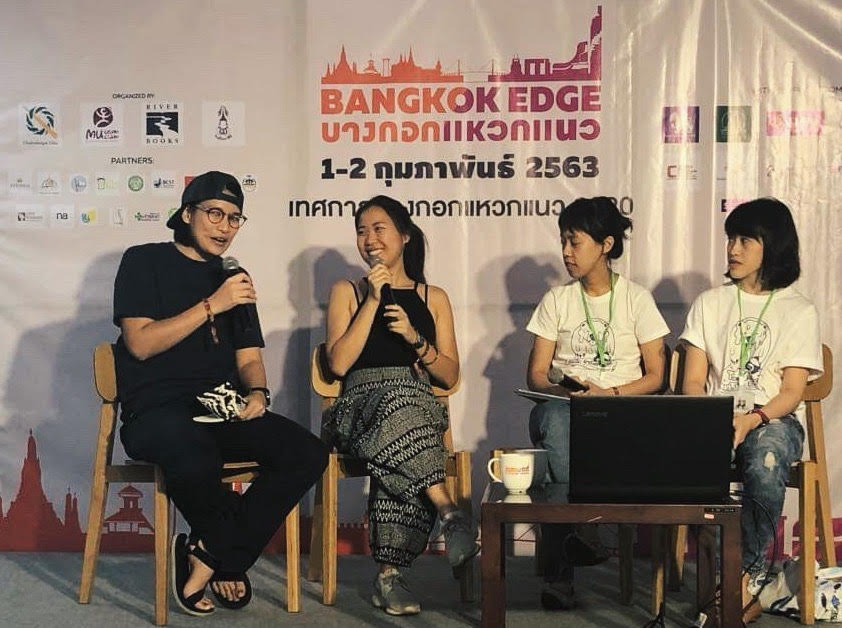 Either the mentality grew on me, or it was always there. On many nights, I’d fall asleep on the idea of bailing on our planet–but the next morning, I’d always wake up feeling unable to turn a blind eye on a problem I’m fully aware of. I wasn’t sure what to do with that love-hate relationship with climate activism. It was hard to give up in spite of all the challenges because there was always a bleak sense of hope that maybe I could actually create change. It was even harder to sit still and watch the world burn when you knew where the water might be.

Like the mistakes my mom turned into lessons, I began turning the climate activism work I began to hate into something I enjoyed learning about with a small team with people I love. Now back on track, I am exploring how to combine storytelling–a passion strayed from during my first months of climate activism–and climate advocacy together to create emotionally-captivating narratives sharing the voices that deserved to be heard through writing, film, and photography. 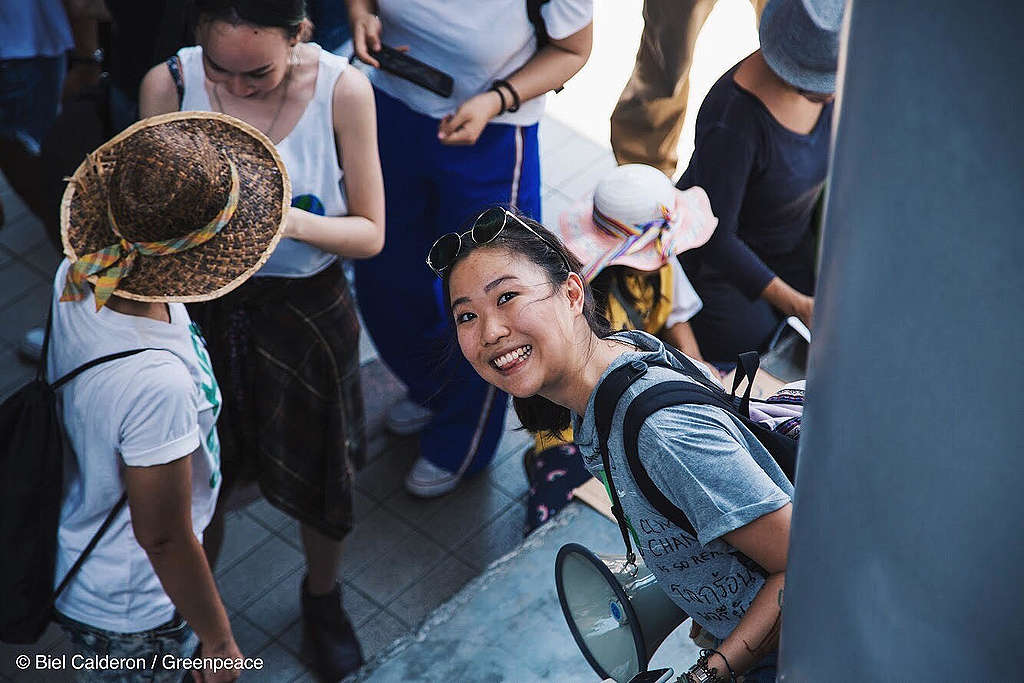 Like everything else in life–as I’ve learned from the women in my life–climate activism has its lows, and you just have to learn how to get back up. Regardless of whether it works or not, you at least try. Looking back on the work I’ve achieved so far, I’ve not only learned ways to carry forth my mission but also to give myself enough credit for it, so that I can inspire myself just as much as the women in my life have.

Nanticha Ocharoenchai, 22, is an environmental writer and climate activist of Climate Strike Thailand.