Study: Typhoons That Slam Asia Getting Much Stronger 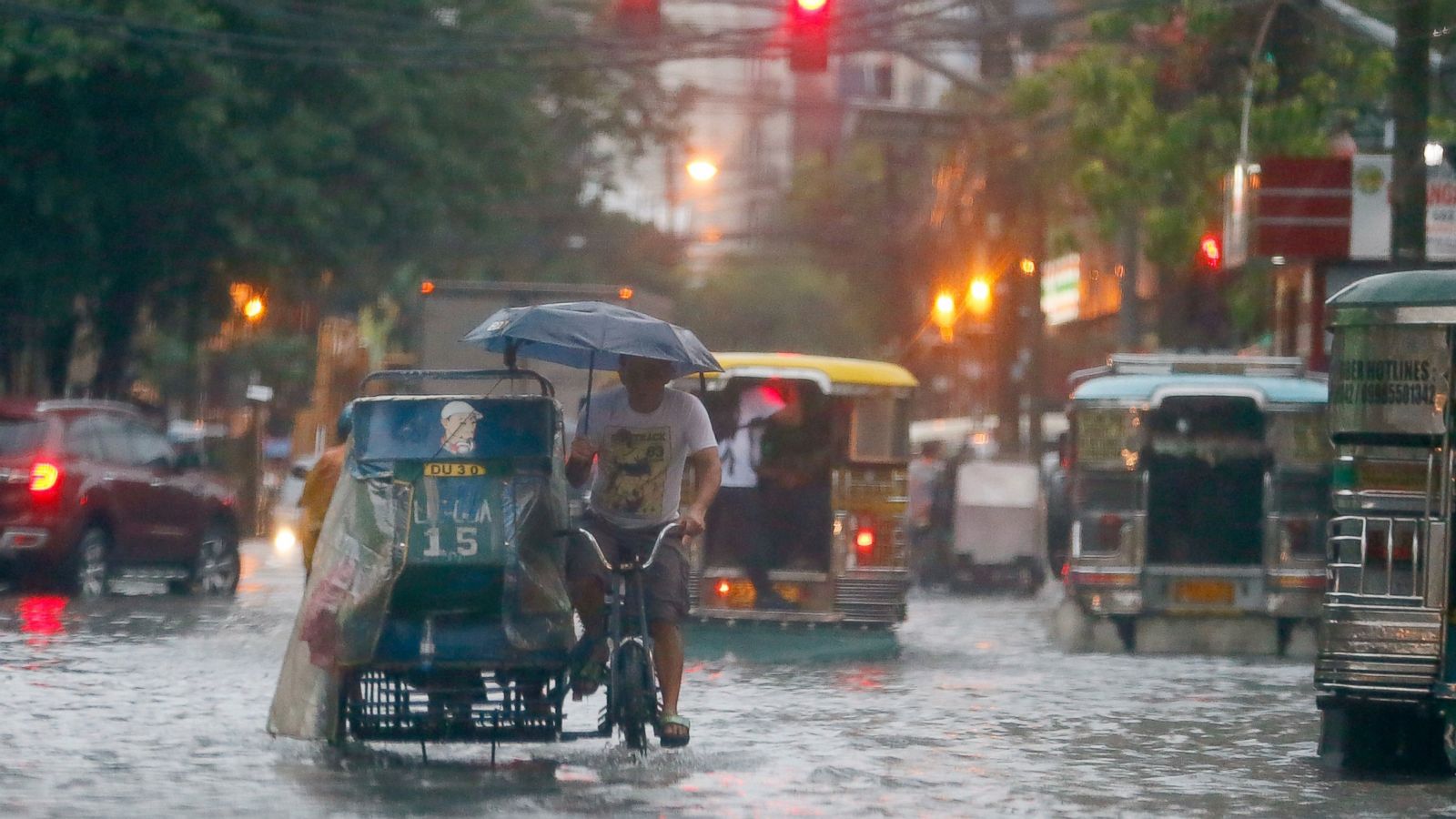 In this Aug. 26, 2016 file photo, commuters and motorists go on their way as heavy monsoon rains inundate low-lying areas in Manila, Philippines. Typhoons that slam into land in the northwestern Pacific _ especially the biggest tropical cyclones of the bunch _ have gotten considerably stronger since the 1970s, a new study concludes. (AP Photo/Bullit Marquez, File)

Typhoons that slam into land in the northwestern Pacific — especially the biggest tropical cyclones of the bunch — have gotten considerably stronger since the 1970s, a new study concludes.

Overall, landfalling Asian typhoon intensity has increased by about 12 percent in nearly four decades. But the change is most noticeable for storms with winds of 209 kilometers per hour or more (130 mph), those in categories 4 and 5. Since 1977, they've gone from a once-a-year occurrence to four times a year, according to a study Monday in the journal Nature Geoscience.

These are storms like Lionrock that in August killed at least 17 people, about half of them elderly residents of a Japanese nursing home, and Haiyan — one of the strongest storms on record, killing more than 6,000 people in the Philippines in 2013.

Study lead author Wei Mei, a climate scientist at the University of North Carolina, connects the strengthening of these storms to warmer seawater near the coasts. That provides more fuel for the typhoons. Along much of the Asian coast, water has warmed by nearly 0.8 degrees (1.4 degrees Fahrenheit) since the late 1970s. Mei didn't study why the water is warming, but says it is probably due to a combination of natural local weather phenomena and warming from the burning of fossil fuels.

Mei and two other outside scientists say it is too early to say precisely that the increased intensity is from man-made climate change.

But as the world warms more in the future, stronger storms are likely to get even more intense, especially north of 20 degrees North latitude, where eastern China, Taiwan, Korea and Japan are located, Mei says.

Colorado State University hurricane researcher Phil Klotzbach says the study makes sense and raises interesting questions, but adds that some of the storms before 1987 might have had their wind speeds under-estimated. Mei said he thinks that time period actually had better measurements because planes were then flying into storms to gauge their strength.

Mei didn't study tropical cyclone intensification in other parts of the world.