Looking Ahead to 2018: To tackle climate change, all hands needed on deck 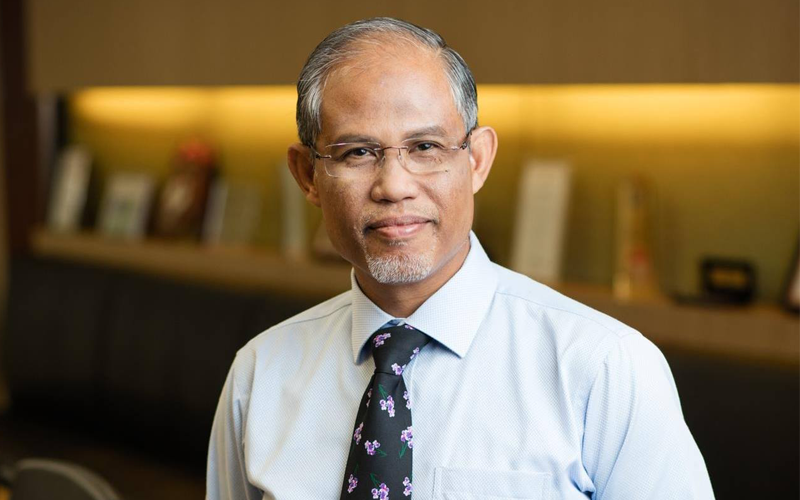 From calls to avoid plastic packaging to campaigns to cut food waste, the message for everyone to help fight climate change will be amplified next year.

2018 will be the Year of Climate Action for Singapore, declared Minister for the Environment and Water Resources Masagos Zulkifli last month.

His ministry wants the public to know “the government alone cannot tackle climate change”, and will be rallying Singaporeans to take steps to reduce their carbon footprint with the help of various partners.

On the ground, there is no lack of enthusiasm among environmental activists, who already have plans lined up to get people to take little steps to make a difference – bring their own bags, eat less meat and use fewer plastic straws, for instance.

Some funding for their efforts and the government’s endorsement of various campaigns would help in scaling up their efforts, various groups told TODAY.

“I think continued moral support will be great. Sometimes when we talk to businesses, they still look at whether we have government support or not,” said MrTan Yi Han, co-founder of the People’s Movement to Stop Haze (PM.Haze).

The group is behind the #GoHazeFree campaign that seeks to get eateries to make the switch to sustainable cooking oil, derived without deforestation or the use of fire to clear land.

Plastic-Lite Singapore founder Aarti Giri plans to roll out a mobile app that calculates the amount of plastic used by individuals, but said funding remains a problem.

This year, the non-profit worked with several schools to get them to go without drinking straws once a week. Its Bring Your Own Bag Shoppers initiative also saw volunteers distributing reusable bags at supermarkets and shopping malls, and conducting surveys on plastic-bag usage.

The question on whether to charge consumers for plastic bags continues to be a touchy one, and reports in September of four major supermarket chains in talks on whether to impose a plastic-bag surcharge sparked a fresh round of debate.

Noting the argument that many Singaporeans use supermarket plastic bags to bag their waste,MsGiri suggested tackling the problem in a different way: Getting retailers that offer bags less likely to be reused to impose a charge, for a start.

“These are bags that are not going to be used for lining their bins and are part of their retail purchase,” she said.

Plastic waste has become an enormous problem worldwide, with an estimated eight million tonnes entering the oceans each year, entrapping and being ingested by marine creatures and eventually ending up in the food chain.

Consumers do not have to wait for the findings to take action, said Member of Parliament (Nee Soon) Louis Ng.

He is in talks with a green group to roll out a bag-sharing point in his constituency by the first half of next year – similar to umbrella-sharing and book-sharing initiatives already introduced.

Residents can leave reusable bags at the collection point, which will be located near the wet market and retail stores, for others to pick up, use and return, saidMrNg.

The public is generally more environmentally conscious than before and awareness levels have “shot up tremendously”, he added.

MEWR said businesses, communities, non-government organizations, schools, and individuals have a part to play. The public could, for instance, opt for energy-efficient appliances and switch them off when not in use, take public transport and reduce food waste, it said.

“While most people may be aware of climate change at a global level, we want to bring into the national consciousness Singapore’s vulnerability to the impacts of climate change; and the urgency of reducing our carbon footprint – to build a sustainable future for generations to come,” said a spokesperson.

Climate change could mean higher temperatures, more intense rainfall and a rise in sea level for Singapore, which would have knock-on effects on quality of life and infrastructure.

This year, the Government announced plans to introduce a carbon tax on large emitters in 2019, tightened emissions standards for vehicles and implemented the first of two rounds of water price hikes. And under an inaugural three-year sustainability roadmap unveiled by Deputy Prime Minister Teo Chee Hean in June, the public sector will use less electricity and water. Some of the measures are aimed at meeting Singapore’s commitment under the Paris Agreement on climate change to cut emissions intensity by 36per cent, from 2005 levels, by 2030.

With Singapore assuming chairmanship of the Association of Southeast Asian Nations next year, Energy Studies Institute research fellow Melissa Low said she would be looking out for ways in which the Republic drives the climate agenda with its neighbors. It could have technical exchanges and expand capacity-building programmes, for instance.

But amid the focus on “brown” issues – such as reducing air pollution and the adoption of cleaner energy such as solar – conservationist Ho Hua Chew said “green” issues must not be left behind. These include the preservation of biodiversity and wildlife habitats.

“I must say Singapore is rather laggard in its action on green issues – the conservation of natural habitats and biodiversity… more could be done here to rope in unprotected nature areas into the Singapore Green Plan,” said Dr Ho, vice-chairman of the Nature Society (Singapore)’s conservation committee.

Setbacks this year include the clearance of the Lentor-Tagore forest for residential developments and the decision to develop areas adjacent to the Central Catchment Nature Reserve, on both sides of Mandai Lake Road, for tourism, he said.

On the positive side, the authorities are backing efforts to enhance the biodiversity and rusticity of Pulau Ubin and plan to leave a larger-than-usual green corridor for wildlife movement and dispersal at Tengah Forest, said Dr Ho.

He reiterated the call to make Environmental Impact Assessments mandatory before any development project, and to formalize public feedback mechanism and publicise the findings.

The shrinkage of natural habitats is a factor behind human-wildlife conflicts – such as with macaques, wild boars and even monitor lizards and pythons.

MrNg hopes for a more proactive approach on the issue. “Our actions cannot be based on complaints, which is what we’ve been doing,” he said.

Proper data and research should be the basis of management plans for monkeys, wild boars, crows, and pigeons, he said.