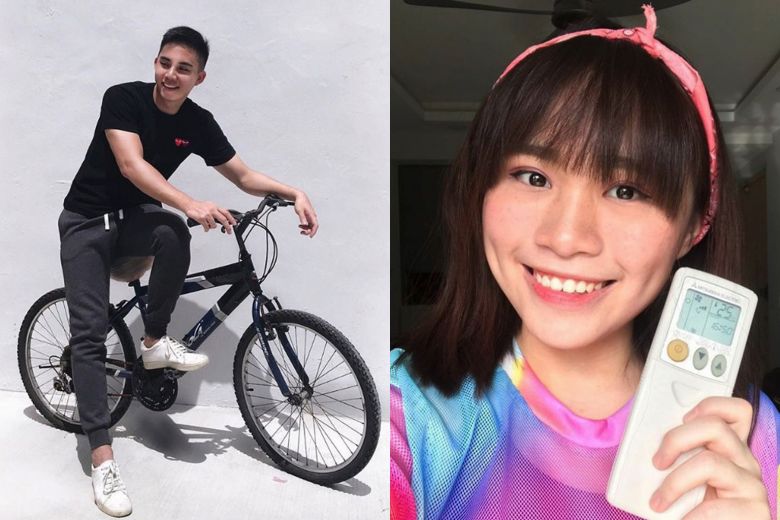 SINGAPORE - Another ministry is paying social media micro-influencers to post on Instagram to spread the word of an issue.

This time, the Ministry for the Environment and Water Resources (MEWR) has engaged them to raise awareness on climate change and what people can do to help.

This comes after the Finance Ministry was reported to have engaged over 50 of them to do the same for the Budget process.

A Mewr spokesman told The Straits Times that it has paid 28 micro-influencers, with a combined reach of 100,000, for a three-month marketing campaign which started last month.

According to a Forbes article, micro-influencers refer to everyday consumers who have a following of between 1,000 and 100,000 on social media.

The initiative, called the #ClimateActionSG Instagram Photo Contest, involves the micro-influencers posting photographs of themselves practicing eco-friendly habits in Singapore, and urging others to do the same.

Some of them have posted photographs of themselves on bicycles, while others pose with air-conditioning remote controls displaying a set temperature of 25 deg C.

One user, @tacomels, has more than 900 followers. She posted a photograph of herself with an aircon remote control and wrote: "Did you know that things we do in our everyday lives actually have a larger impact on the earth and its environment? By not doing our part to conserve energy, we are actually contributing to global warming and this affects the lives of many animals around the world."

Another user, @marcusnai,posed on a bicycle and captioned the photograph: "Global warming is real and we should do our part by reducing carbon footprint. What's more, we can burn some calories while making a difference to fight climate change."

A campaign brief seen by The Straits Times shows that each post costs up to $35. The Mewr spokesman said on Tuesday (Feb 6) that the approximate cost of the campaign is $1,500.

The Finance Ministry had declined to say how much it is spending on its campaign, except that it is in accordance with market rates.

The MEWR spokesman said: "The aim of the contest, which runs from Jan to Mar 2018, is to get online audiences familiarised with the actions behind climate action and to boost awareness and engagement on our social media platforms... The use of micro-influencers helps us to amplify our message beyond the platforms that we own."

This marketing campaign is part of the Government's efforts to get more people talking about climate change this year, which has been designated as the Year of Climate Action.

It is a national initiative comprising a series of outreach efforts to raise awareness that everyone can make a difference to climate change by limiting his or her carbon footprint.

There are more than 400 posts with the #ClimateActionSG hashtag on Instagram, although the paid posts are usually tagged with an additional #sp, which means sponsored post.

Ms Ginny-Ann Oh, director of public relations firm AsiaPRWerkz, said engaging influencers to spread the word of an issue could help reach out to the young people of Singapore with varied interests.

"Using different influencers to raise awareness can be useful in achieving exposure for the campaign. After the first outreach, MEWR can study the effectiveness of the posts and explore taking the collaboration with some of them to the next level," she said.

Ms Oh added that in general, campaigns are usually more successful if advertisers are selective and work with influencers whose personal values resonate with the campaign.