Changing Course, a film and photography exhibition, opens to the public at the Singapore Botanic Gardens in Singapore’s Year of Climate Action 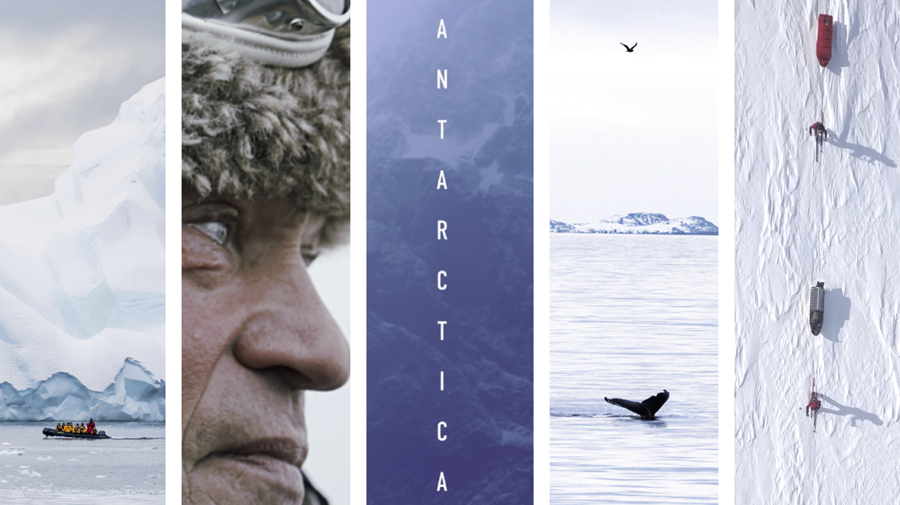 Eco-Business today officially launched Changing Course, an exhibition that tells the climate change story through a unique Asian lens. This film and photography exhibition is part of Eco-Business’s larger Changing Course campaign on climate action. It documents the ClimateForce: Antarctica 2018 expedition in March led by Sir Robert Swan, a British environmentalist, and explorer who was the first man to walk to both North and South Poles.

As the last pristine wilderness of our planet, Antarctica officially belongs to no one — yet everyone has a stake in it. This remote continent is a window into both our past and future, and it is trying to tell us something.

A giant, ice-covered landmass about a third the size of Asia, Antarctica’s existence is under siege. The rapid collapse of the Antarctic glaciers — due to accelerating climate change — could flood coastal cities from Jakarta to Shanghai by the end of this century.

Higher tides could bury every shoreline across the globe and create hundreds of millions of climate refugees. Asia will bear the brunt of this, and this change could happen too quickly for the human race to adapt.

This is why Antarctica matters. ClimateForce: Antarctica 2018 gathered some 90 people from around the world to learn from the planet’s most mysterious continent and understand why its fate is tied to humanity’s.

Changing Course documents this journey with a specially curated collection of about 70 photos and a short documentary which was screened for the first time to a 150-strong audience of leaders across society. Watch the trailer here.

The photos and documentary will be on display at the Green Pavilion at the Singapore Botanic Gardens from 1st June to 12th July and is free for the public.

At the official opening of the exhibition held at the Singapore Botanic Gardens Function Hall, guest of honour and Minister for the Environment and Water Resources, Masagos Zulkifli, said: “When used well, a bold image and film can provoke deep reflection and help drive across climate change issues and messages far more effectively than words.”

Noting that Singapore has collected close to 170,000 climate action pledges from individuals, schools, and organizations, he urged more to take the pledge in Singapore’s Year of Climate Action.

Masagos said: “This is an encouraging number and we hope that more will come on board to pledge their support. By making a pledge, we make a public declaration of our readiness to take climate action and to be a positive influence to inspire others to do likewise.”

The event, which also celebrated the United Nations World Environment Day, held on June 5th every year, featured a plenary dialogue ‘From apathy to action: How to shape the climate conversation’.

“In today’s world of multitude environmental challenges, protecting the environment for us and our future generations is not about choosing one issue above another. Although Antarctica is many thousands of miles away, what happens there will not only affect the local biodiversity such as whales, penguins and seals but us here in Asia as well. The entire planet’s climate system works like a giant conveyor belt, and what happens in the extremes is bound to affect the tropics,” said Louis.

Speaking about this year’s World Environment Day theme ‘Beating Plastic Pollution’, she added: “If today we as policymakers, the private sector, individuals, children and common citizens do not collectively act to reduce plastic pollution, there will be more plastic than fish in our oceans by 2050. The UN Environment is calling for a global movement to beat plastic pollution. Our hope is for a better planet that protects biodiversity, reduces the impact of climate change and, in turn, helps protect human health.”

JOURNEY TO THE END OF THE EARTH

Eco-Business Founder and Managing Editor Jessica Cheam was part of a 14-day expedition to Antarctica which aimed to raise awareness about the global climate crisis and the urgent need to shift to more sustainable ways of living. She won a spot on the expedition as the overall winner of the CDL E-Generation Challenge 2017, a youth competition encouraging climate action.

Esther An, Chief Sustainability Officer of Singapore-listed property developer City Developments Limited (CDL), said: “CDL is proud to have partnered Eco-Business and Jessica in advocating sustainability for some years. She is the deserving winner of the CDL E-Generation Challenge 2017. We are happy to see her great efforts in turning observations and lessons learned from the Antarctica expedition into captivating images. I believe that the Changing Course exhibition will go a long way in bringing public awareness to perplexing climate change issues and seed mindset shifts.”

“The upcoming CDL E-Generation Challenge complements the International Year of the Reef 2018 and will continue to provide youths with a platform to drive positive change in support of climate action,” she added.

From 26th February to 15th March, Jessica and Scottish documentarian Fraser Morton embarked on a mission from Singapore to Antarctica and back to document the beauty of this inhospitable continent, its fragility, its rich ecosystems, and to tell the stories of those defending it.

The duo is also working on a climate change documentary with Channel NewsAsia, the Singapore-based English-language Asian TV news channel, featuring the Antarctic expedition. It will be aired in 2019.

Capturing the photos and footage on the trip was made possible with Sony’s support: all assets in the film and photography exhibition were shot with Sony equipment.

“Sony is delighted to be able to support this exciting project with our fleet of product innovations that excel even in the harshest conditions. Our commitment to delivering innovation through environmentally conscious products to achieve our goal of zero environmental footprints by 2050 remains a continued priority. We are proud to partner Eco-Business in their mission towards advancing public awareness and debate on sustainable development,” said Bae Jihoon, Head, Interchangeable Lens Camera Department, Sony South East Asia.

“Beyond supporting Jessica in this exhibition project, we will help raise awareness and bring the sustainability message to the community by hosting a satellite exhibition at our Premier branch at Orchard Gateway, as well a screening her documentary at all our 48 branches from July to September 2018,” said Koh Ching Ching, Head, Group Corporate Communications, OCBC Bank.

On the images of Antarctica, Singapore-listed Olam International’s Co-founder and Group CEO Sunny Verghese said: “Changing weather patterns are already having profound effects on communities and ecosystems around the world. Images can often say far more than words, which is why this exhibition is so important. We hope it will galvanize individuals and companies alike to re-imagine their daily actions and help change the course of our earth’s climate.”

Christina Lee, Founder and Chief Executive Officer, GGEF (Global Green Economic Forum), who sponsored expedition in partnership with CDL, said: “GGEF’s flagship youth programme has been sponsoring an outstanding youth to join Robert Swan’s 2041 International Antarctic Expedition every year since 2014. Each one of them has influenced thousands, if not millions, more to understand the environmental challenges that we are facing. When you hear ‘one to a million’, that’s the influence our youth ambassadors have either achieved or will achieve. Changing Course is an excellent example of how these ambassadors could make a positive impact on our environment.”

Speaking at the event, Eco-Business Managing Editor Jessica Cheam said: “I’m deeply grateful to be given this chance to document the expedition and the fragility of Antarctica. I hope through our Changing Course campaign, we will be able to harness the power of media to help bring home the message to the wider public that climate change is not a distant reality but one that affects us now, and Asia will bear the brunt of its effects. We aim to educate and inform the public and also help encourage them to pledge positive action in Singapore’s Year of Climate Action.”

Andrew Bunn, Emirates Country Manager, Singapore, Brunei, and Malaysia, added: “Emirates is proud to support Jessica and Fraser on their remarkably impactful mission to raise awareness about the beautiful yet fragile continent of Antarctica and to call for climate action. We are thrilled to be an airline partner in support of Singapore’s Year of Climate Action through our partnership with Eco-Business.”