The making of a truly green city begins with calculating its carbon emissions, and then introducing policies that will spur the transition to renewable energy, say officials from San Carlos City in the Philippines. 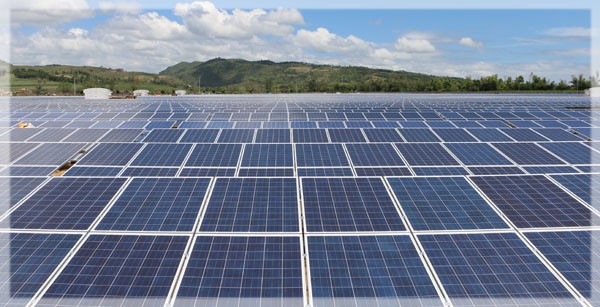 San Carlos City in Negros Occidental, the Philippines, was once home to one of the country’s biggest sugar mills. But as the growth of the sugar industry has slowed since the 1980s, the city has sought alternative means of generating revenue. It has harnessed one of its most abundant natural resources: sunshine.

As a coastal city with a deep natural mangrove harbor, San Carlos is more resilient than most Philippine cities to extreme weather. And with limited cloud cover, the city enjoys more sunshine than other parts of the country, so has plenty of renewable energy potential.

As such, San Carlos is shaping up to be the Philippines’ renewable energy hub.

Besides solar power farms, San Carlos City is home to one of the country’s biggest biomass and bioethanol plants.

But according to Arthur Batomalaque, assistant head of the City Environment Management Office (CEMO), being a top destination for renewable energy development is not enough to make San Carlos City “green.”

“As the city’s economy continues to grow rapidly, we will need to continue to engage in initiatives that protect our environment,” Batomalaque said.

As such in 2017, San Carlos City launched a trailblazing project: it conducted a community-level greenhouse gas (GHG) emissions inventory.

The inventory, using 2015 as its base year and completed last year, revealed that the city’s total emissions amounted to 88,330 tonnes of carbon dioxide from its energy, transport, agriculture, and waste sectors. This is equivalent to more than 39,463 tonnes of coal burned.

Batomalaque said in an interview with ICLEI that a GHG inventory can be used as a basis for local government plans to reduce emissions.

“The completion of the city’s GHG emissions inventory is a milestone for us. This is in line with our goal to become a green city,” he said.

What renewable energy and the1.5 degree threshold means for Philippine cities

The National Climate Change Adaptation Plan, drafted in 2011 by the country’s Climate Change Commission, states that if climate change-related disasters become more frequent, the Philippines will be left more vulnerable due to exacerbating factors of population growth, lack of preparation, and inadequate risk management.

In 2015, the Global Risk Index identified the Philippines as the most at-risk country from climate change.

Coastal cities like San Carlos also depend on the ocean for their food and livelihood, and if global temperatures increase beyond 1.5 degrees Celsius, as they are predicted to at the current rate of greenhouse gas emissions, marine life will be gone as we know it by 2100, according to a report by Climate Analytics.

Recognising that San Carlos City is highly vulnerable to climate impacts, its local government is looking to lower emissions by embracing clean technology.

“The energy sector is one of the main drivers of cities’ economic activities and GHG emissions. As such, there is clamor for clean energy sources,” ICLEI SEAS regional program manager, Ranell Dedicatoria said.

“While implementing renewable energy may seem costly at the onset, in the long run it comes with a number of benefits including job generation, water security, and better air quality,” he said.