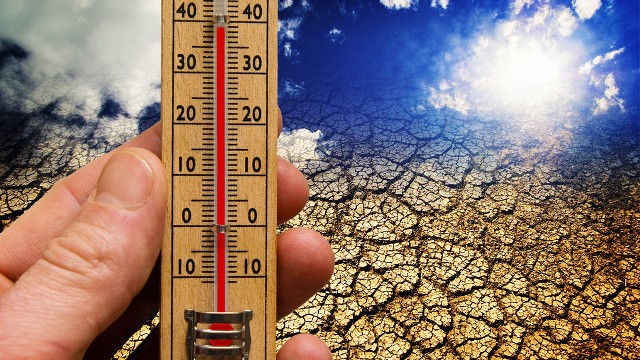 MANILA, Philippines – More hot and dry days are ahead for the Philippines while the number of storms to hit the country every year will greatly vary. (Photo credits: Rappler)

These are some of the initial findings presented by leading Filipino scientists, taken from the “Philippine Climate Change Assessment Report”– the first report on how climate change will affect the Philippines.

The initial findings of the report were presented on Wednesday, July 9, as part of an outreach event of the Intergovernmental Panel on Climate Change (IPCC). The IPCC is a Nobel Prize-winning group of hundreds of scientists from all over the world collating and assessing findings on climate change.

The IPCC’s most recent report, the Fifth Assessment Report (AR5), concluded that global warming is unequivocal and likely driven by human activities. It also determined that global temperatures should not go over 2 degrees Celsius if humanity wants to avoid catastrophic extreme weather events, deadly droughts and destructive sea level rise.

The Philippine report was prepared by Filipino IPCC authors, widely recognized as the leading scientists in their field of study. This is the first such report on the Philippines and the first report on country-specific climate change impacts in Southeast Asia.

The IPCC scientists had met informally and decided to make the report, which itself does not do any new research but instead collects local and international published scientific work, assesses them and integrates them into one comprehensive report. This is similar to the IPCC reports on the global impact of climate change.

“We tried to follow the IPCC approach as much as possible,” Dr Rodel Lasco, the report’s lead scientist and scientific director of the Oscar M. Lopez Center (OML), told Rappler.

Like the IPCC AR5, the Philippine report is composed of 3 sub-reports produced by 3 working groups of scientists. The reports each tackle aspects of the climate change phenomenon: the Physical Science Basis; Impacts, Adaptation and Vulnerability; and Mitigation.

Mitigation is lowering the emission of greenhouse gases (GHG) which keep the sun’s heat stuck in the Earth’s atmosphere, causing the planet to warm up.

Authors of the report include scientists from the Philippine Atmospheric, Geophysical and Astronomical Services Administration (PAGASA), Ateneo de Manila University (ADMU), University of the Philippines, OML Center and the Manila Observatory.

These scientists contribute their expertise in fields like atmospheric physics, climatology, meteorology, marine and coastal geology, and environmental science.

Like in the IPCC, the scientists will not receive compensation for their work although the report is receiving funding from the Climate Change Commission and OML Center.

Here are the initial findings of the Philippine Climate Change Assessment Report:

Lasco stressed that the report is far from final. In fact, they have yet to finish the first draft he hopes will be finalized by September. If all goes as planned, the report will be launched during Climate Change Consciousness Week in November.

Because of its work-in-progress nature, Lasco welcomes more contributions from both foreign and Filipino scientists who have published research. The report’s initial findings are posted on the OML Center website to enable other scientists to comment.

“We need a lot of help to finish this. It’s not going to be easy but it’s also very exciting,” Lasco told Rappler.

The biggest difficulty the team faces is the availability and lack of time of the contributing scientists, most of whom work in the academe or other research organizations. – Rappler.com