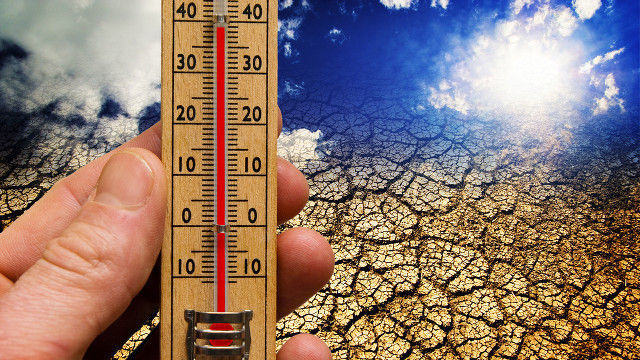 MANILA, Philippines – Filipino activists, experts, and government officials welcomed the “ambitious” contribution of the Philippine government to the global campaign to fight and prepare for climate change.

Called the Intended Nationally Determined Contribution (INDC), the pledge was submitted by the Philippine government to the United Nations on Thursday, October 1.

In it, the Southeast Asian country said it would reduce carbon emissions by 70% by 2030, and would prioritize adaptation measures to protect citizens from impacts of climate change.

“The Philippines’ INDC submission is the first step in our strong commitment to work on a meaningful climate deal in Paris,” Senator Loren Legarda said in an October 2 statement. (READ: What's happening in Paris in December? 10 things to know)

Climate action group Philippine Movement for Climate Justice (PMCJ) said the INDC is “a positive sign in the right direction” of the country’s intent to reduce carbon emissions, the primary driver of global warming.

“I would be proud to defend this INDC in Bonn in two weeks time and in Paris in December,” he wrote in a Facebook post.

However, the Philippine target is conditional on whether aid is made available to the Philippines. Thailand and Indonesia’s commitments are unconditional but would be increased with outside aid.

“I would have preferred our INDC to have some measure of non-conditionality since the aim in Paris is an ambitious climate deal,” said Legarda, who used to chair the Senate committee on environment.

But La Viña weighed in: “I didn’t expect it to be as ambitious as this.”

In a draft presented to stakeholders by the Climate Change Commission (CCC), the INDC pledged only emission reductions by 10%, unconditional on aid from the international community. Another 10% reduction would be added if aid becomes available.

That earlier version “was too safe, weak in fact. It would have been severely criticized,” said La Viña.

The draft had also only considered reducing emissions from the energy and transport sectors. The final INDC includes other sectors like forestry, waste, and industry.

Agriculture, the second biggest source of carbon emissions in the country, was notably left out.

But La Viña said this is “the right thing to do given the food and livelihood security implications.”

Climate activists say the INDC should be the impetus for the country to phase out coal-fired plants, a major emitter of carbon. The commitment should strengthen the government’s resolve to fully implement the Renewable Energy Law.

Legarda meanwhile said that even without international aid, the Philippines should strive to reach the 70% reduction target.

“Government should encourage the business sector to invest in renewable energy instead of coal plants,” she said.

The country’s ambitious mitigation commitments, despite not being a major emitter, will allow Philippine delegates to negotiate “from a very high moral ground” in the Paris climate conference, said La Viña.

Climate experts have said in the past that the Philippines’ less than 1% contribution to global carbon emissions means it should not bear the brunt of mitigation obligations. That burden rests on the shoulders of countries with much larger emissions like the United States and China.

But the principle of Common But Differentiated Responsibilities, adopted by UN member countries, compels all countries to contribute in ways consistent with their national circumstances.

The Philippines, recognized as more of a “victim” of climate change than a major contributor to the phenomenon, said in its INDC that it would prioritize adaptation. – Rappler.com