In the Philippines, climate change and conflict conspire against rural women 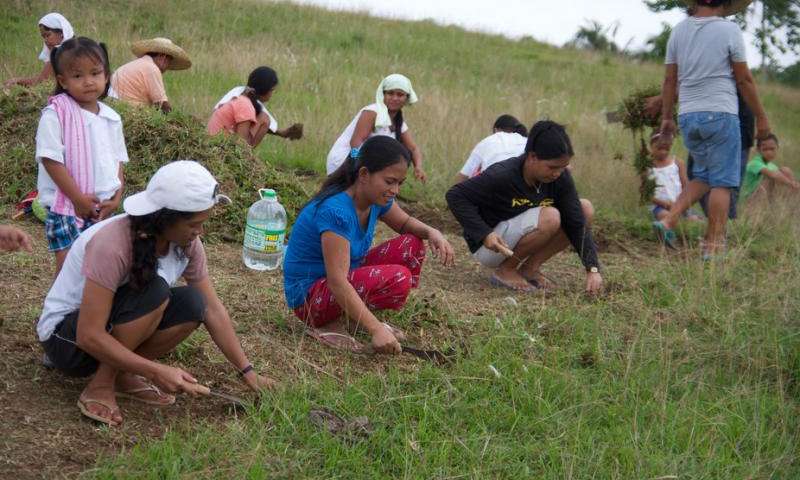 Extreme weather and conflict have a particularly acute impact on female farmers in the Philippines. Credit: PWRDF, CC BY-SA

Heavily exposed to increasing incidence of extreme weather events, the Philippines is among one of the countries most vulnerable to climate change in the world.

Climate-induced disasters in the Philippines frequently disrupt fruit and cash-crop production, resulting in income loss and higher food prices. Over the past four years, weather events have cost the Philippine economy an annual average of 0.3% of GDP.

Migration as a coping strategy for women

Losses in rural areas, especially where there's ongoing armed conflict, are not just financial. Across the world, climate and conflict are deeply intertwined and their negative effects mutually reinforcing.

In the Philippines, this relationship is evident in Mindanao, a farming community on the country's southernmost island. Despite peace efforts to end over 40 years of social and ethnic conflict there, hostilities remain.

According to research conducted by the University of Queensland and Oxfam, the violence has particularly marginalised women, from female farmers to the widows of those killed in combat. In parallel, the area has also seen an increase in both typhoons and droughts over the past decade.

Conflict and extreme weather have triggered social and economic upheaval in Mindanao in recent years. Studies show that a 1℃ increase in growing season night-time temperature in the Philippines can cause a loss of rice yield and biomass by 10%.

Because young women, wives and widows can find seasonal employment in urban areas more easily the men, many women find themselves compelled to leave the area in quest of jobs that can help stabilise family income and mitigate poverty.

The outcomes are not always positive. In times of conflict and disasters, women and children are particularly susceptible to trafficking, sexual abuse, prostitution and what locals in areas facing scarcity call isang gabi, isang salop, exchanging sexual favours for food.

In Mindanao and elsewhere in southern Philippines, the transit and trade of underage girls and young Filipino children for the purpose of sexual exploitation, forced labour and use as human shields is on the rise, with an estimated 60,000 to 100,000 children linked to commercial sex exploitation.

Female migration is just one of many coping mechanisms that rural Filipinos employ to adapt to the effects of their changing climate.

When faced with prolonged droughts or typhoons, farmers in Mindanao also make difficult choices, such as skipping meals, selling livestock and taking out loans. Many families decide to restrict consumption of food by adults in favour of feeding small children and the elderly.

As the chair of the Climate Vulnerable Forum, the Philippines has pushed international partners to develop mechanisms that would address the kind of non-economic loss and damage that can result from climate change.

There is now growing acceptance that extreme weather does not just impact tangible economic products that are traded on the market but also affects other, less tangible goods.

Recurring crop failures, for instance, have forced farmers into long-term lease arrangements and agreements with the private sector and traders, often at exorbitant interest rates. Other farmers have seen themselves compelled to give up their land, abandoning farming entirely and moving to the city.

In Mindanao, people told the University of Queensland and Oxfam researchers that they now associate annual extreme climatic events with the loss of belongings, death of family members, increased hardship, famine and hunger and loss of livelihood and income. 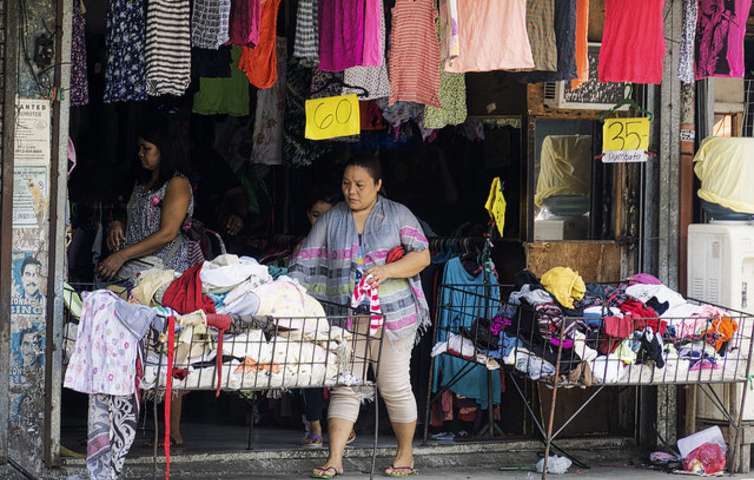 Some women are forced by conflict and drought to migrate to cities seeking work. Credit: Brian Evans, CC BY-SA Read more at: https://phys.org/news/2017-07-philippines-climate-conflict-conspire-rural.html#jCp

For women, these community-level concerns are compounded by the specific risks they face during seasonal migration to cities. Fear and psychological distress are a growing presence in their lives.

According to the research findings, all of these climate- and conflict-related changes have fundamentally shifted values, lifestyles and gender relations in Mindanao. Such social and cultural loss often goes unnoticed or unaddressed in climate change policies and disaster assessments.

To help rural communities in the Philippines adapt to climate change and mitigate its negative effects, aid and development efforts should focus on improving the lot of women, particularly female combatants, widows and poor female smallholder farmers, many of whom face land-tenure problems.

That means stabilising the agricultural sector and fostering agricultural investments, which in conflict-prone parts of rural Philippines cannot be done without accompanying long-term peace and reconciliation processes.

Given the local sociocultural issues that must be navigated, the national government is likely better positioned than international aid agencies to spearhead programs that would link peace, security and reconciliation programs to agriculture and economic reforms.

It is the national government, too, that must integrate risk-transfer mechanisms, such as weather-index insurance policies, into the Phillipines' existing public safety nets, subsidies and compensation schemes.

NGOs and international organisations do have a role in breaking the cycle of conflict, climate and gender inequality in Philippines. Access to micro-credit can play an important role in refinancing rural farming activities after disasters, and there's some evidence that such programs work particularly well to build community resilience when they're aimed at women.