Vigan City, Ilocos Sur – A lawmaker is asking Filipinos to continue doing their share in helping heal the ozone layer while they are also taking action to address other environs concerns like climate change.

Senator Loren Legarda made this announcement following the release of a recent study of science experts, who found evidence that the Earth’s protective ozone layer is finally healing due to efforts started in the 1980s to phase out the use of chlorofluorocarbons (CFCs), hydrochlorofluorocarbons (HCFCs) and other destructive chemicals.

Legarda’s call to the Filipinos was also issued in connection to the observance of the International Day for the Preservation of the Ozone Layer on September 16. 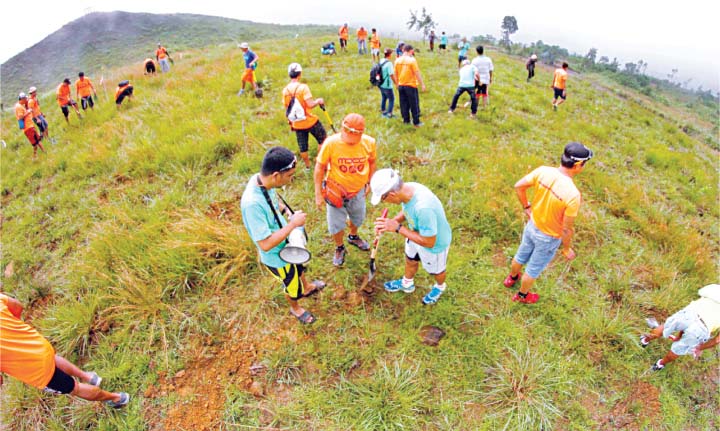 “As we celebrate International Day for the Preservation of the Ozone Layer, let us be reminded that no challenge is too great if all nations, all of humanity, will unite to protect our only home. Development need not come at the cost of the environment and the survival of the Earth. Our actions must be geared towards development that is sustainable, one that ensures a livable world for future generations,” she said.

“I am happy that the ozone layer is now gradually recovering, but now we are faced with challenges brought about by climate change. We must continue with our efforts towards healing the ozone layer but we must also take urgent action to limit global warming to 1.5°C,” added Legarda.

The healing of ozone layer through nations’ adherence to the Vienna Convention and Montreal Protocol is proof that when nations unite and work together, this overcomes a challenge as great as ozone layer depletion.

“This should inspire us as we now aim to further halt the warming of the planet,” said Legarda.

In 1985, alarmed by the widening hole in the ozone layer above Antarctica, nations adopted the Vienna Convention for the Protection of the Ozone Layer.

This was followed in 1987 by the Montreal Protocol on Substances that Deplete the Ozone Layer, which banned the use of substances that are responsible for ozone depletion such CFCs and HCFCs. All members of the United Nations ratified the two treaties.

Three decades after the Vienna Convention was adopted, scientists confirm that the hole in the ozone layer above Antarctica is beginning to close. According to recent research by the University of Leeds and Massachusetts Institute of Technology, the hole may close permanently by 2050.

However, the United Nations Environment Program has now raised concerns over the use of HFCs, which replaced the CFCs and the HCFCs. While the HFCs are good for the ozone layer, they contribute to global warming.

In line with this, the 27th Meeting of the Parties to the Montreal Protocol in Kigali, Rwanda next month aims to reach a global consensus on phasing out HFCs.