Stories for a Better Reality is a collaboration between the Climate Change Commission and The Climate Reality Project Philippines Youth Cluster with support from the Department of Education, Department of Environment and Natural Resources, National Youth Commission; and youth groups Kids for Kids, and Wavefarers. In observance of the International Day for Biological Diversity, the inaugural episode centered on the importance of protecting and restoring biodiversity and its role in climate change adaptation and mitigation. "The more species we protect, the better natural spaces we have, the more climate-resilient we get," said Jamie Dichaves, the campaign lead of 30x30 Southeast Asia Coalition. 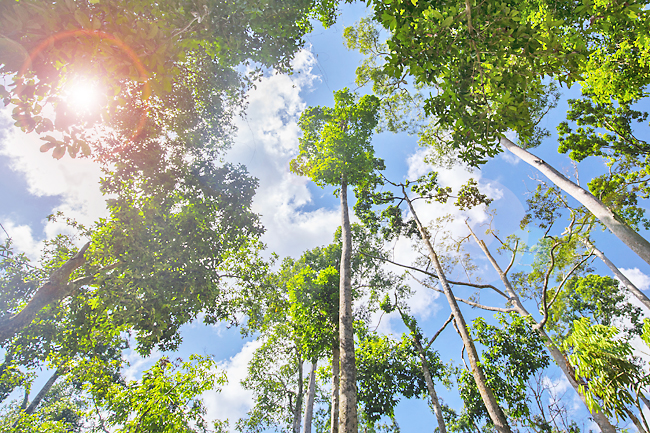 The Philippines has 15.4 percent of its land and 1.42 percent of marine waters under protected areas, Dichaves noted. She said that the country needs more land and water protection given the overwhelming scientific and economic data that protecting 30 percent globally would reduce the extinction risk of nearly 9 out of 10 threatened terrestrial species; support 30 million jobs and adding 650,000 more; add $500 billion to ecotourism and sustainable fisheries; and push for the inclusion and leadership of Indigenous People and local communities (IPLCs).

Abigail Kitma, an Ibaloy-Igorot from Baguio City, highlighted the need to include IPLCs in biodiversity management planning and policymaking, noting that their traditional knowledge is vital in protecting wildlife and resources. Kitma, who is also currently the chairman of the United Nations Youth Advisory Board, pointed out that the indigenous practices and culture are reflective of nature, providing a template of answers and solutions to various climate and environmental problems.

Protecting biodiversity also helps in disaster risk reduction and management. "During the 'Typhoon Odette,' the ones with fewer human casualties are places with an intact natural ecosystem. One with thicker forests and with intact mangrove systems," Dichaves recalled.