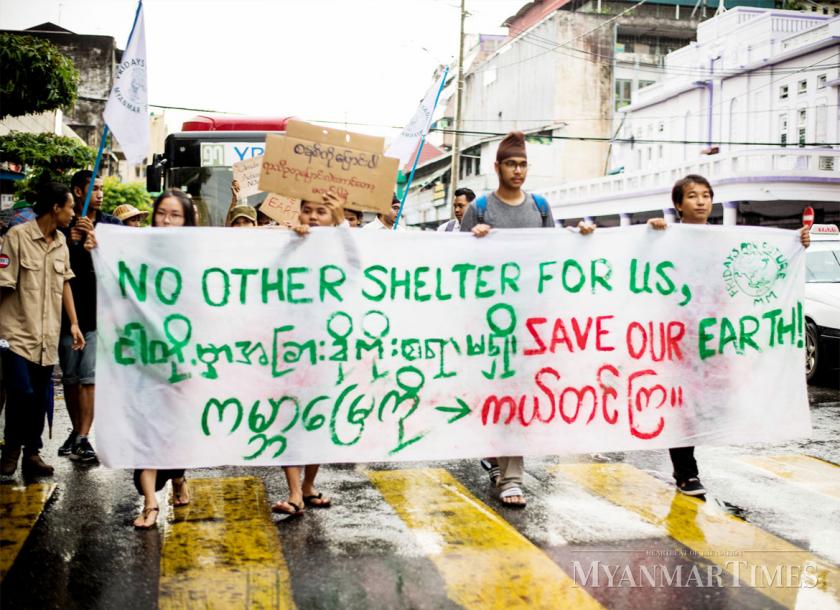 Every year, June 5 marks World Environment Day. As protecting the environment is a global concern, this international day provides an occasion to question what is being done locally to fight climate change and protect our planet.

And as the degradation of the environment will be tougher on future generations, it is no surprise to see the youth raising awareness about the issue both internationally and at home.

Greta Thunberg, a 16-years-old Swedish student, made the news this year by starting an international student strike, driving hundreds of thousands to the streets, with a simple question: “Why should I study for a future that soon may be no more when no one is doing anything to save that future?”

Recently, the local youth took part in the global movement called “Fridays for Future”, also known as “School Strike for Climate”, to voice their concerns about the climate crisis in Myanmar. 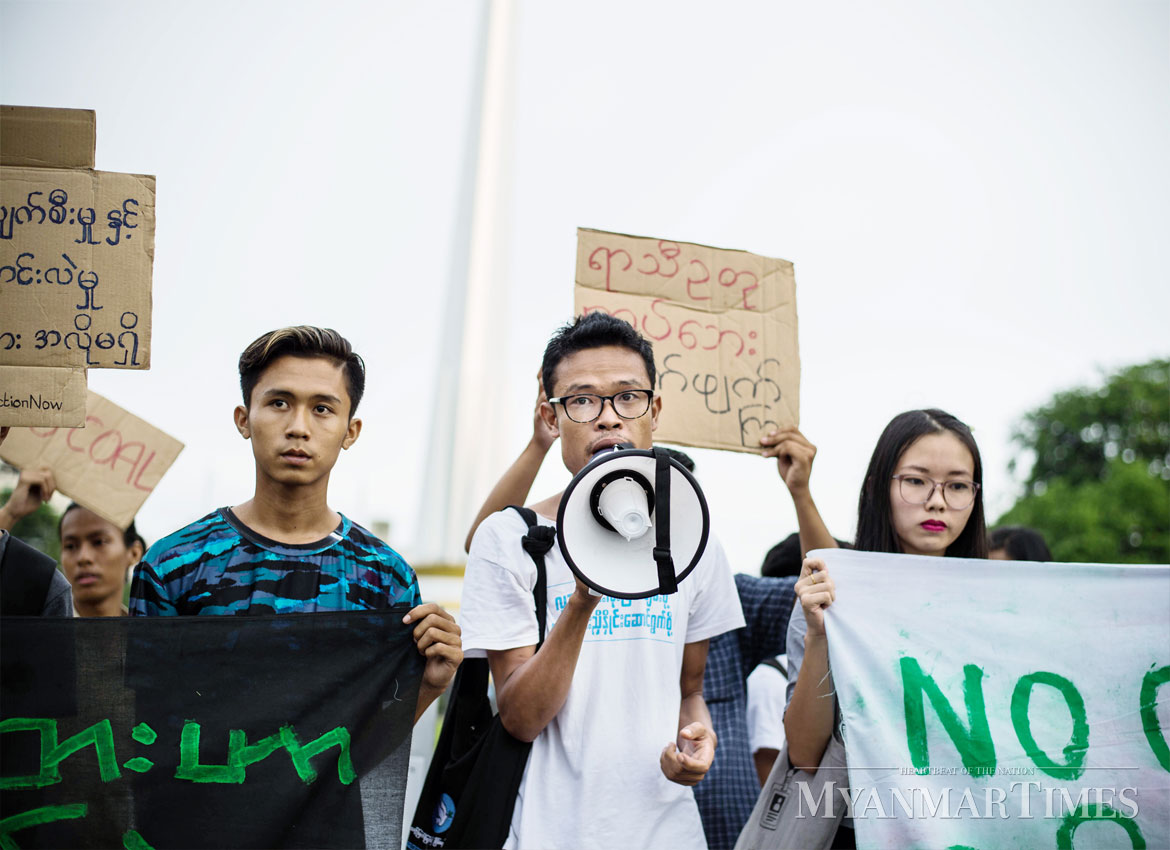 “We [Myanmar] are not developed and economically stable enough to focus on the environment,” said a youth activist Aye Ko Htut. Kyaw Ye Htet, also an activist and organiser of the Yangon Campaign, added that environmental awareness is not taught in Myanmar schools, resulting in a poor understanding of the issue: “People may not understand the technical aspects of climate change, but almost everyone notices the increasing heat last summer.”

According to the Global Climate Risk Index 2019, Myanmar is one of the countries most affected by extreme weather since 1998. Most notably, the 2008 Cyclone Nargis claimed approximately140,000 lives and seriously affected the livelihood of 2.4 million people. Although Myanmar might not be a major emitter of CO2 responsible for climate change, the nation will be among the most affected.

As such, Myanmar’s coasts are at risk. According to the 2017 Assessing Climate Risk report, sea levels might rise from two to four times their current levels by 2080-2089.

“We are entering into an age of extreme weather, where cyclones like Nargis are going to become more frequent, scorching heat will make parts of Myanmar uninhabitable, increased snowmelt in the Himalayas will cause flooding on an unprecedented scale, and rising sea levels will inundate coastlines and eventually Yangon as well,” Thant Myint-U,  local historian, opinioned at the talk on “Myanmar in 2050” which was held on July 8 last year.

Mirroring the words of Greta Thunberg, local activists wonder what the Myanmar of tomorrow would look like if serious steps are not taken now. With Yangon hypothetically being inundated and cyclones occurring on a more frequent basis, Kyaw Ye Htet reasserts that protecting the environment is the responsibility of everyone. 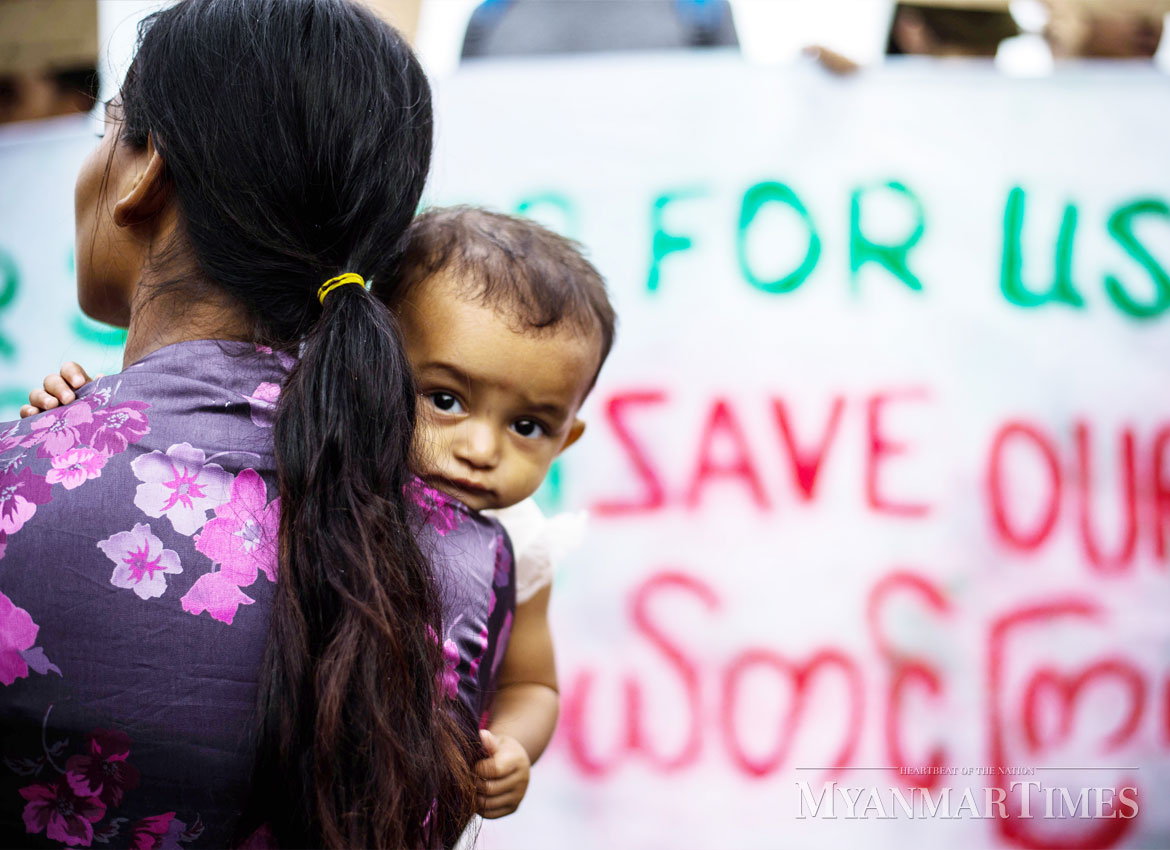 There is no age to fight climate change. Nyo Me/The Myanmar Times

The youth, the climate, and the future

The global environmental campaign has been going strong around the world culminating in a second global climate strike on May 24, attended by hundreds of thousands of school students from over 125 countries.

Among them, Myanmar joined the movement with youth activists leading the public campaign attended by approximately a hundred people on the last day of May.

The first World Environment Day in Myanmar attracted about twenty demonstrators, including concerned young folks marching in the Yangon rain towards Sule Pagoda from the Thein Gyi Markets. The slogan: ‘Climate Crisis is happening. What are you waiting for? No time to delay!’ was written on banners and tee-shirts.

“I feel sorry for animals which suffer the consequences,” said a woman in her 20’s, adding that ranting on social media about climate change was not enough and that the government needs to take action immediately.

The youth activists stated in their request for protest authorization that they aim to raise awareness and to lobby the government to acknowledge climate change and take the appropriate measures. Until effective policies are set in motion, the organizers said they will increase the pressure by gathering supporters weekly through university organizations and youth groups around the country.

“We will keep campaigning till the government offers transparency and takes action,” said Kyaw Ye Htet.