Conservation in focus as survey shows drop in Malaysia orangutans

Survey in Sabah highlights importance of wildlife corridors and commitments to sustainable palm oil and timber. 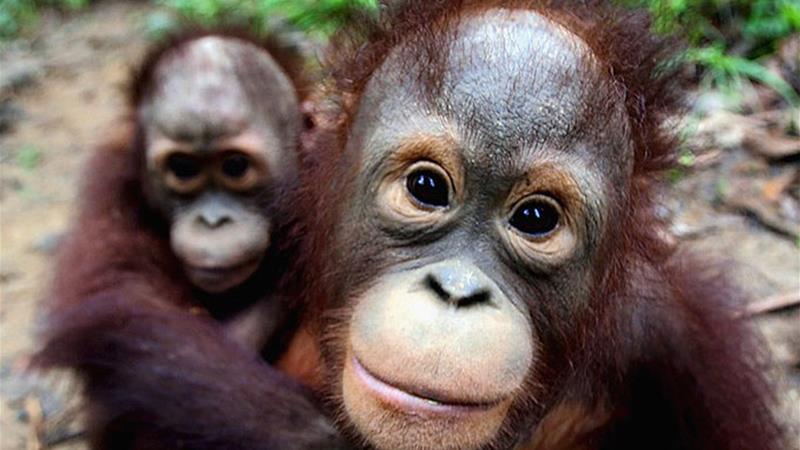 Orangutans are found only on the islands of Borneo and Sumatra eating fruit, leaves, and flowers and building their nests high in the canopy [EPA]

The number of critically-endangered orangutans living in the eastern lowlands of Malaysia's Sabah state declined by as much as 30 percent between 2002 and 2017, even as the overall population across the state remained relatively stable, according to a scientific study published on Thursday.

The paper, the most intensive survey of orangutans ever undertaken in Sabah on the northeastern tip of Borneo, estimated that at least 650 orangutans were lost in its eastern areas, where there are extensive oil palm plantations, during the 15-year period.

"These declines sound a conservation alert," the study's authors wrote in the report, which was published in the journal Public Library of Science or PLOS.

"(They) emphasize the need for population monitoring to assess whether this reflects a period of 'settling down' after populations were compressed into these areas by large-scale plantation agriculture prior to the 2002–03 survey, or if this is a longer-term declining population trend within the protected forest themselves."

Sabah began logging its lowland forests, the most important habitat for orangutans, in the early 1970s, and the conversion of forest for agricultural use began a decade later.

While the state government says it is now committed to sustainable forestry practices and wants all its palm oil plantations certified to Roundtable on Sustainable Palm Oil or RSPO-standards by 2025, more than 10,000 orangutans are estimated to have been lost when forest clearance was at its peak in the decades leading up to the millennium. 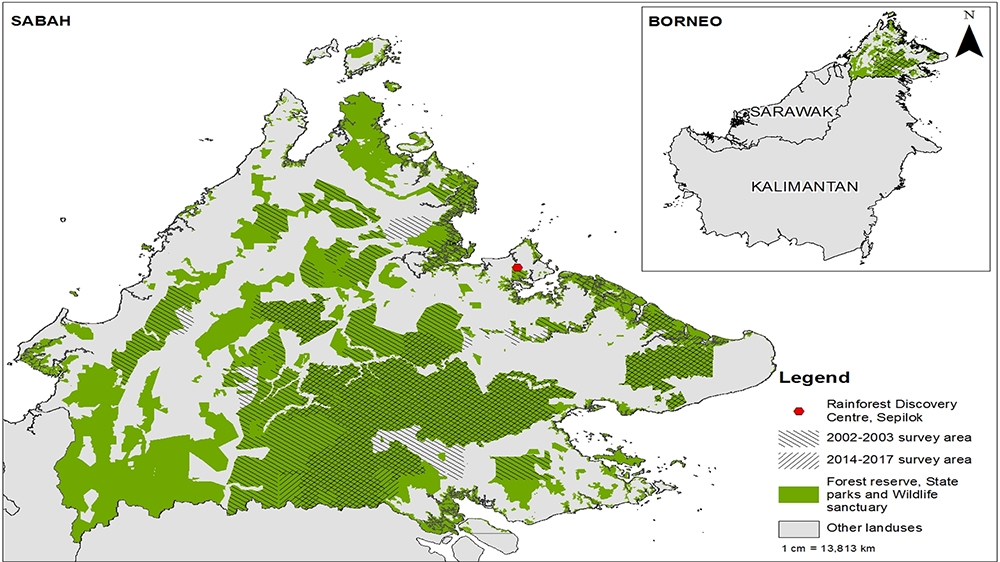 The authors undertook an intensive aerial survey of orangutan nests in Sabah to assess the change in population. [Changes to Sabah’s orangutan population in recent times: 2002–2017] [PLoS ONE 14(7)/ Al Jazeera]

The "monoculture nature of oil palm plantations means that they tend not to support species that are dependent on (a) forest environment like the orangutan," WWF Malaysia, one of the organizations involved in the research, said in a statement.

The study, which involved the aerial survey of orangutan nests, found the population dropped by 30 percent in Kulamba and 15 percent in Tabin, neighboring areas on the state's east coast. The apes there were "'pressed-in' by surrounding large-scale and long-established oil palm plantations," it said.

Separate studies showed a drop of 29 percent in the nearby Lower Kinabatangan over the same period, it added. Oil palm plantations now cover about 15,500 square kilometers of land across Sabah.

The findings underlined the need for a comprehensive conservation strategy since orangutans - particularly males - use plantations to travel between larger forested areas, Augustine Tuuga, the Director of Sabah Wildlife Department, said.

"This connectivity, through wildlife corridors that link patches of the forest is key to orangutan survival at oil palm plantation landscapes, especially in the lowlands of Sabah," he was quoted as saying in the statement with WWF.

One of the main corridor initiatives is along the Kinabatangan River, one of Sabah's most important rivers and an area where the Kinabatangan Wildlife Sanctuary supports hundreds of orangutans. 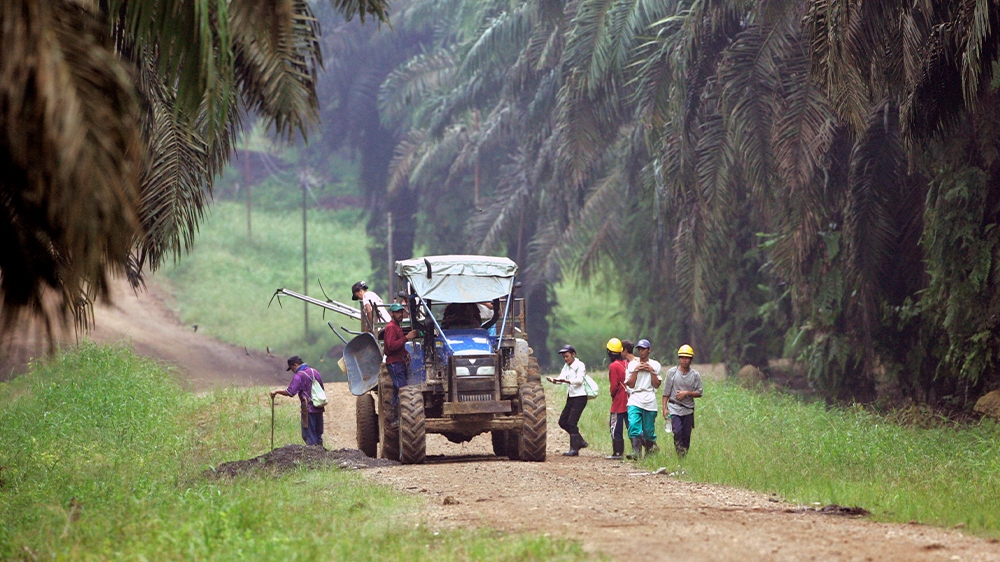 Workers arrive at a plantation in the Kinabatangan region of Sabah on Borneo island. The area is also home to hundreds of orangutans [File: Ahim Rani/Reuters]

Protected forests including sanctuaries, state parks, and wildlife conservation areas, now cover about 19,000sq km and are home to about 70 percent of Sabah's total orangutan population of around 11,000 apes.

Donna Simon, Senior Programme Officer of the Sabah Terrestrial Programme at WWF Malaysia and one of the three authors of the study, said the finding that the number of orangutans elsewhere in Sabah seemed to have stabilized, suggested that orangutan populations could be sustained providing forests were well-managed and hunting prohibited.

"This survey allows us to advocate for a better land-use plan and identify crucial degraded orangutan habitat to be set aside for restoration and habitat connectivity or for protection," Simon said in the statement.

The other authors of the report were Glyn Davies of WWF Malaysia and the University of Kent's Durrell Institute of Conservation and Ecology, and Marc Acrenaz from the HUTAN-Kinabatangan Orangutan Conservation Programme and Borneo Futures in Brunei.