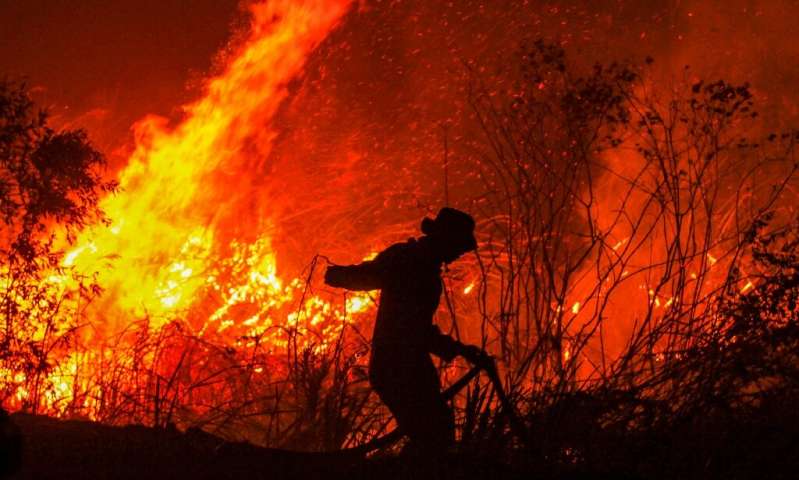 Forest fires raging across Indonesia have sent air quality levels across Southeast Asia plummeting as they belch out emissions that aggravate global warming.

The country's palm oil industry bears much of the blame for the out-of-control blazes critics say, as producers burn land to make way for their plantations.

The pulp-and-paper sector has also come in for criticism over the issue, as have small-scale farmers who use slash-and-burn techniques to clear land for planting crops.

Here's a look at palm oil and the role it plays in the smog crisis.

What is palm oil?

Palm oil is the most widely consumed vegetable oil in the world. It is found in everything from soap and chocolate to pizza and cosmetics, and even vehicle gas tanks—palm oil is used in biodiesels.

Extracted from the reddish-brown fruit of the oil palm tree, it helps make foods easier to spread or fried products crispier while giving them a longer shelf life.

Indonesia is the world's top producer and—along with number two grower Malaysia—supplies some 85 percent of the world's palm oil.

Environmentalists say palm oil drives deforestation, with vast areas of Southeast Asian rainforest logged in recent decades to make way for plantations. This threatens the habitat of orangutans and other endangered species. 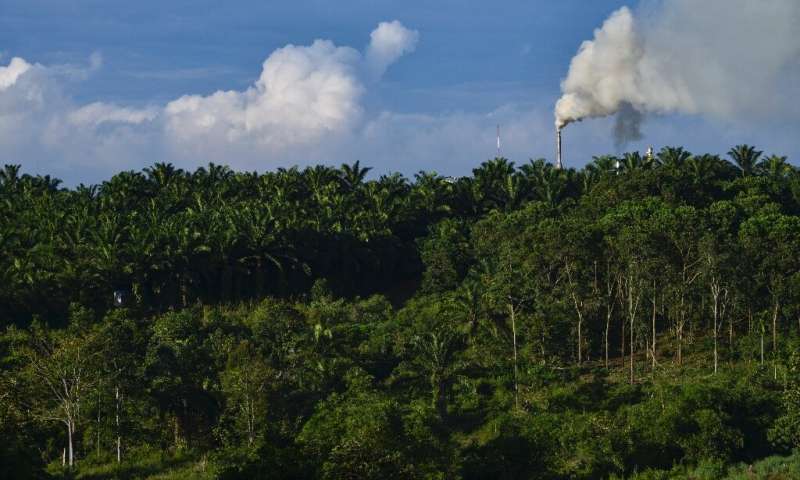 Some palm is grown on swampy peatlands which become highly flammable when they are drained of water to grow crops.

But the industry denies it's to blame, saying its plantations are usually not the source of the burning and that the flames spread from nearby areas.

Green activists have taken their beef with the powerful palm oil sector onto the world stage in a bid to shame the industry into action and alert consumers about what they're eating—enraging Indonesia and Malaysia.

An increasingly bitter trade battle is also in full swing between Indonesia and the European Union after the bloc decided to cut its use of palm-based biofuels for cars by 2030.

The EU earlier imposed duties on imports of subsidized biodiesel from Indonesia saying it was needed to level the playing field for its producers.

Malaysia this year hit out at Europe's biofuel phase-out, saying it may buy new fighter jets from China instead of European aviation firms. 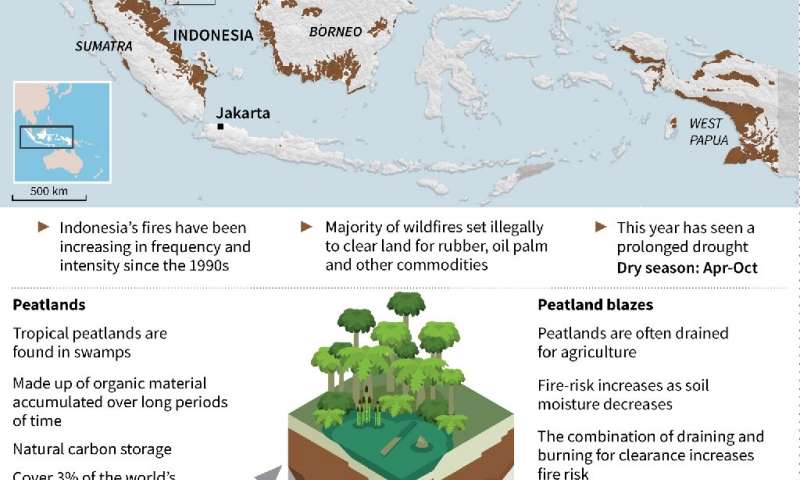 Probably not much in the short term—the palm oil industry is a huge employer and is not going anywhere.

Indonesia's fires have been an annual problem for decades, though these years were particularly bad because of the dry weather.

Indonesia is pushing to educate people about the dangers of land-clearance burning for palm oil and other agriculture, but the practice is widespread and enforcement spotty.

Biodiverse Indonesia's deforestation rates may have peaked, but, in the last half-century, rainforests covering an area twice the size of Germany have been logged, burned, or degraded.