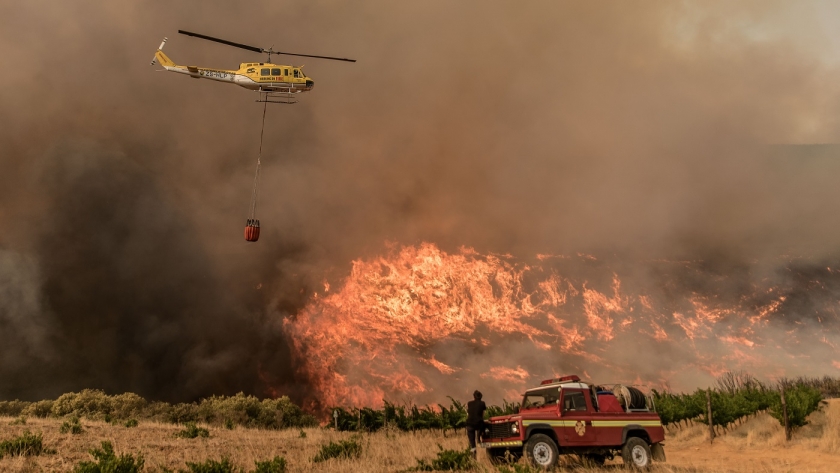 Extensive wildfire disasters, such as recently reported in Australia, Indonesia, and the United States, adversely affect communities, economies, and ecosystems. More generally, they contribute to air pollution and global warming and indicate that existing mechanisms to deal with wildfire, centered around disaster risk management, are insufficient.

Black carbon in smoke particles can lead to warming in the middle and lower atmosphere, leading to more unpredictable weather patterns.  Deposits of black carbon on snow make the snow less able to reflect sunlight back into space, further warming the planet.

A paper presented by Johan Kieft, ecosystems and wildfires expert at the UN Environment Programme (UNEP), and Nico Oosthuizen, the markets director of Working on Fire, a brand developed by Kishugu in South Africa, was jointly presented in Brazil in October 2019 at the International Wildland Fire Conference.

“Wildfires are expected to increase in many regions of the globe under a changing climate. Reducing forest-related greenhouse gas emissions is key to mitigating climate change,” says Kieft.

To capture that potential, the parties to the United Nations Framework Convention on Climate Change (UNFCCC), have developed the “Reducing Emissions from Deforestation and Forest Degradation (REDD+)” approach, providing incentives to reduce emissions from deforestation and degradation, sustainably manage forests, and conserve and enhance forest carbon stock.

Forests and peatlands are key nature-based solutions to climate change thanks to their unparalleled capacity to absorb and store carbon. Forests capture carbon dioxide at a rate equal to about one-third of the amount released annually by burning fossil fuels. Stopping deforestation and restoring damaged ecosystems could provide up to 30 percent of the global climate solution.

The UN-REDD Programme, a joint UN flagship partnership to mitigate climate change between the Food and Agriculture Organization of the United Nations, the United Nations Development Programme, and UNEP to assist countries on their REDD+ process, supports policies in Indonesia to reduce peatland and forest fire-related greenhouse gas emissions which account for 55 percent of the country’s total, says Kieft.

Article 4 of the Convention commits Parties to promote the sustainable management, conservation, and enhancement of sinks and reservoirs of greenhouse gases such as forests, mangroves, and oceans.

“Research shows that forest fires are increasingly responsible for forest degradation in the tropics due to the expansion of fire-dependent agriculture, land-use change, logging practices, and severe droughts,” says Kieft.

“Around 67 million hectares (1.7 percent) of forest land was burned annually between 2003 and 2016, mostly in tropical South America and Africa,” he adds.

Countries define their own commitments to tackling climate change through national determined contributions under the 2015 Paris Agreement.

What we need to do, he says, is account for integrated fire management in these plans, i.e. in the nationally determined contributions, set out in the Convention.

“Integrated fire management needs to be an integral part of a REDD+ national strategy,” says Kieft. REDD+ targets are part of the nationally determined contributions submitted by signatories of the Paris Agreement and the Convention.

“Indonesia has made progress in understanding the importance of wildfire-related emissions in overall greenhouse gas emissions and ensuring sufficient accounting for it in Forest Reference Emission Levels,” says Oosthuizen.

REDD+ also tries to ensure that responsibilities for fire management are distributed fairly, that rural livelihoods are protected, and that any new activities have positive outcomes for local people.

“Mechanisms like REDD+ could enhance financial models for integrated fire management,” says Oosthuizen. “We need to advocate at country level for the inclusion of wildfire impacts in the nationally determined contributions.”

The 2010 Cancun Agreements request countries to have the following four elements in place for REDD+ implementation: