France, Indonesia, and the Climate Change 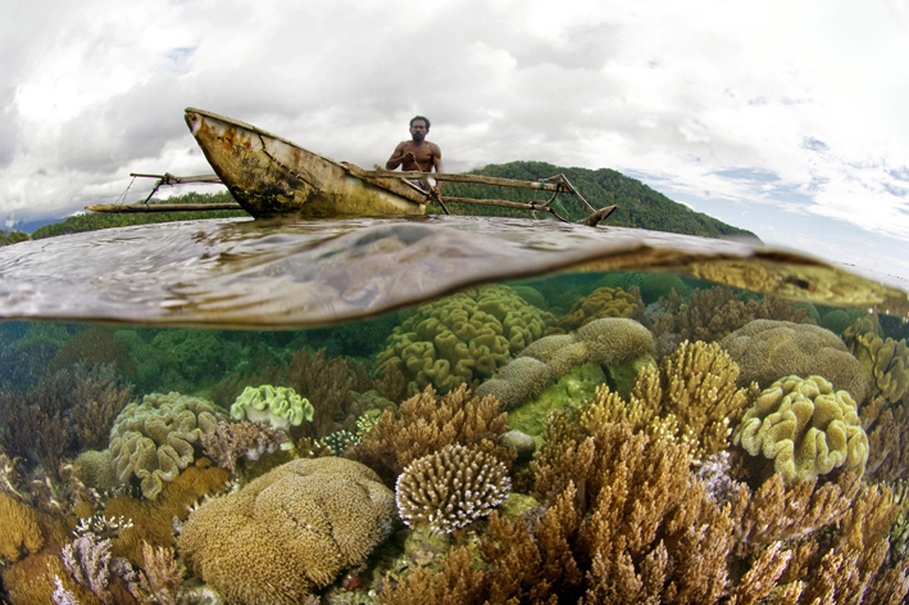 France has both the honor and the huge responsibility of hosting the next Conference of the States Parties to the United Nations Framework Convention on Climate Change. Also known as COP21, this Conference will take place in Paris in about four months, starting November 30.

This will not be a “conference-as-usual”: States have decided in the previous COPs that this is “the big one," being the deadline agreed by all countries of the world to reach a universal and ambitious climate agreement.

Climate change is a concrete reality that amplifies natural disasters. As a result of greenhouse gas emissions, global warming leads to a rise of sea level and threatens millions of people living in the coastal areas. As the largest archipelago in the world, Indonesia is particularly vulnerable. The sea-level rise threatens 42 million Indonesians who live less than 10 meters above the sea level.

Just a 50 centimeter rise in sea-level will amplify the already existing land-subsidence in Jakarta Bay, and will permanently inundate the Northern part of Jakarta and Bekasi. Imagine what a one meter rise could do. Climate change threatens to exacerbate the hydro-meteorological risks such as recurring floods and droughts. Prolonged drought in turn is projected to worsen the impacts of forest fires.

All societies are affected by climate change, although in different ways. The poorest will be most affected: experts have shown that household incomes decrease as temperature increases, as warming drastically reduces crop yields. In Indonesia, rainfall patterns are becoming more and more unpredictable. The dry season could get much longer and drier, which would aggravate the haze pollution problem and threaten food security.

Public health is another source of concern. There is a link between deforestation, climate change and health. Think about the dengue fever epidemic that has spread throughout Southeast Asia these past few years. Warmer temperatures and more intense rainfalls are favorable conditions for the proliferation of mosquitoes bearing the disease.

Climate change is creating economic losses and more importantly and more tragically, human losses. If nothing is done, the damage caused by climate disturbances will cost 5 to 20 times as much as the cost of effectively fighting greenhouse gas emissions. So climate change will have and is having direct consequences on economic growth and social peace.

The development of a green economy is not a luxury that only rich countries can afford. The United Nations Environment Program (UNEP) and many other institutions stress that a green economy is a source of employment and growth, and reduces poverty. To achieve this, innovative technologies must be developed in different fields such as renewable energies and public transport, and younger generations must be trained on how to use these new technologies.

The French and the Indonesians have been working here together on that issue. This cooperation is already well underway — the strategic partnership signed in 2011 by our two countries includes a specific agreement on cooperation in the field of energy, mainly to develop the use of non-fossil fuels and to limit energy wastage. As early as 2008, the French Agency for Development (“AFD”) contributed to the Climate Change Program Loan, supporting the realization of Indonesia’s ambitious emissions reduction goal. The Agency has also worked on many vital topics: sustainable forest management, public transportation, the fishing sector, and the promotion and financing of low-carbon energy projects.

French companies are ready to implement technology transfers in Indonesia in multiple sectors such as energy, public transport and natural resources management. French training and research institutions are willing to welcome Indonesian students who wish to train in the fields of engineering sciences as well as environmental sciences. Our Institute in Indonesia has worked for several years to develop joint research programs with many Indonesian research centers and universities, water management, smart agriculture, natural risks prevention and mitigation, coastal protection, and so forth.

Call it global warming, climate change or climate disruption, the vast majority of the climate challenge is still ahead of us, but we can still avoid the worst, if we take the right actions right now. It is up to the international community to follow up on the scientific unquestionable findings. In this regard, the COP21 at the end of the year has to be the political answer matching these scientific findings.