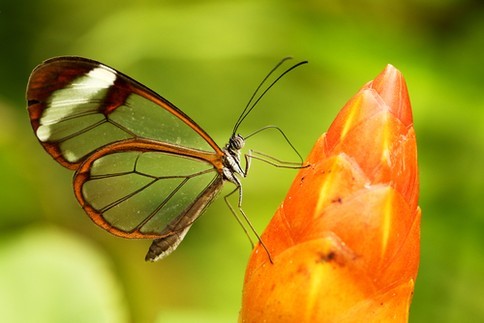 Species can adapt to and take advantage of climate change – but only if populations are strong and stable in the first place, according to new research.

Louise Mair and colleagues from the University of York in the UK used data collected over decades by “citizen scientists” to confirm that many British butterflies have moved north as the world warmed – but not all. What seemed to make the difference were the levels of abundance in any one species.

The scientists report in Nature Climate Change that they worked their way through more than 1.2 million distribution records of 25 species of British butterfly at intervals over the past 40 years.

Britain has a long history of systematic bird and butterfly observation and much information had been recorded by enthusiastic amateur natural historians, and the partners in the study were agencies such as Butterfly Conservation and the Natural Environment Research Council.

In theory, any insects should be able to migrate to take advantage of warming temperatures: in fact, creatures that depend on the presence of specific plant species may not be able to travel so easily if the right habitats are not available.

Farming methods change, and with them the landscape and food sources available to the natural world. So conservationists anxious to protect biodiversity in a world of climate change must first consider all the other conditions for population stability in wild creatures.

The new research confirms that species once restricted to southern England were colonising northern England and Scotland in line with increases in average temperatures.

But although the temperatures might have become more hospitable, most British butterfly species have shown declines in population. In the first 20 years under study, nine species expanded their range and 16 retreated, and what seemed to dictate change was habitat availability.

In the most recent 20 years, 11 species expanded their range and 14 species went into retreat, and this time what seemed to matter most were levels of population abundance.

The argument is this: if a species is doing well, then it can deliver enough migrants to colonise new territory as conditions permit. If, on the other hand, numbers are in decline, there won’t be enough in the next generation to take advantage of milder climates and move to new sites.

The study doesn’t reveal a lot about climate change, but it could help conservationists understand why some creatures respond to change, while others see a decline in numbers.

“My previous research revealed huge variations among butterflies in relation to their range expansion rates”, said Louise Mair. “It’s now clear from our new research that much of this variation can be accounted for once species population trends are known.”