Extreme weather and dire climate reports are intensifying the mental health effects of global warming: depression and resignation about the future. 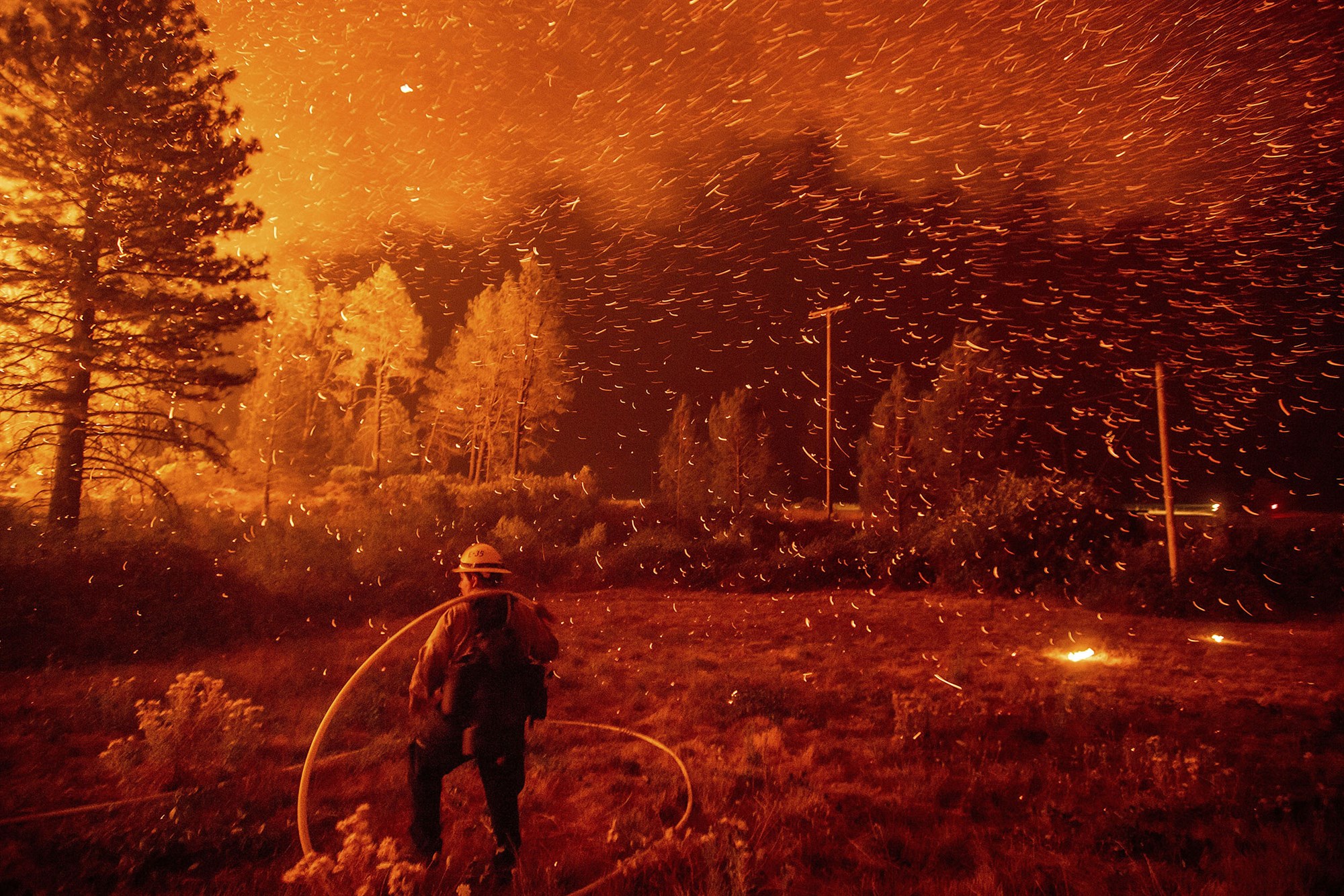 When the U.N. released its latest climate report in October, it warned that without “unprecedented” action, catastrophic conditions could arrive by 2040.

For Amy Jordan, 40, of Salt Lake City, a mother of three teenage children, the report caused a “crisis.”

“The emotional reaction of my kids was severe,” she told NBC News. “There was a lot of crying. They told me, 'We know what’s coming, and it’s going to be really rough.’"

She struggled too because there wasn't much she could do for them. “I want to have hope, but the reports are showing that this isn’t going to stop, so all we can do is cope,” she said.

The increasing visibility of climate change, combined with bleak scientific reports and rising carbon dioxide emissions, is taking a toll on mental health, especially among young people, who are increasingly losing hope for their future. Experts call it “climate grief,” depression, anxiety, and mourning over climate change.

Last year, the American Psychological Association issued a report on climate change’s effect on mental health. The report primarily dealt with trauma from extreme weather but also recognized that “gradual, long-term changes in climate can also surface a number of different emotions, including fear, anger, feelings of powerlessness, or exhaustion.”

In the last few months, a string of reports have delivered dire warnings. The U.N. report said the worst effects — such as the flooding of coastal areas caused by rising sea levels, drought, food shortages, and more frequent and severe natural disasters — could arrive as soon as 2040. In November, the Trump administration released a report with similarly alarming findings. Both reports said cutting greenhouse gas emissions could still avert many of these effects, but a study earlier this month found that after holding steady from 2014 to 2016, emissions rose in 2017 and are on course to hit an all-time high in 2018.

The reports came amid a string of powerful natural disasters, including some that wiped out entire communities, such as Paradise, California, incinerated by the Camp Fire, and Mexico Beach, Florida, washed away by Hurricane Michael.

According to a Yale survey taken this year, anxiety is rising in the U.S. over the climate. Sixty-two percent of people surveyed said they were at least “somewhat” worried about the climate, up from 49 percent in 2010. The rate of those who described themselves as “very” worried was 21 percent, about double the rate of a similar study in 2015. Only 6 percent said humans can and will reduce global warming.

Dr. Lise van Susteren, a psychiatrist in Washington and co-founder of the Climate Psychiatry Alliance, said it’s becoming harder for patients to ignore the threats of climate change.

“For a long time we were able to hold ourselves in a distance, listening to data and not being affected emotionally,” she said. “But it’s not just a science abstraction anymore. I’m increasingly seeing people who are in despair, and even panic."