From Bhutan to Cambodia, early warning saves lives in floods

Published on 31 October 2017 Cambodia
The Asia-Pacific region is struggling with more frequent and intense hazards such that access to real-time, accurate information can help build resilience among vulnerable communities. 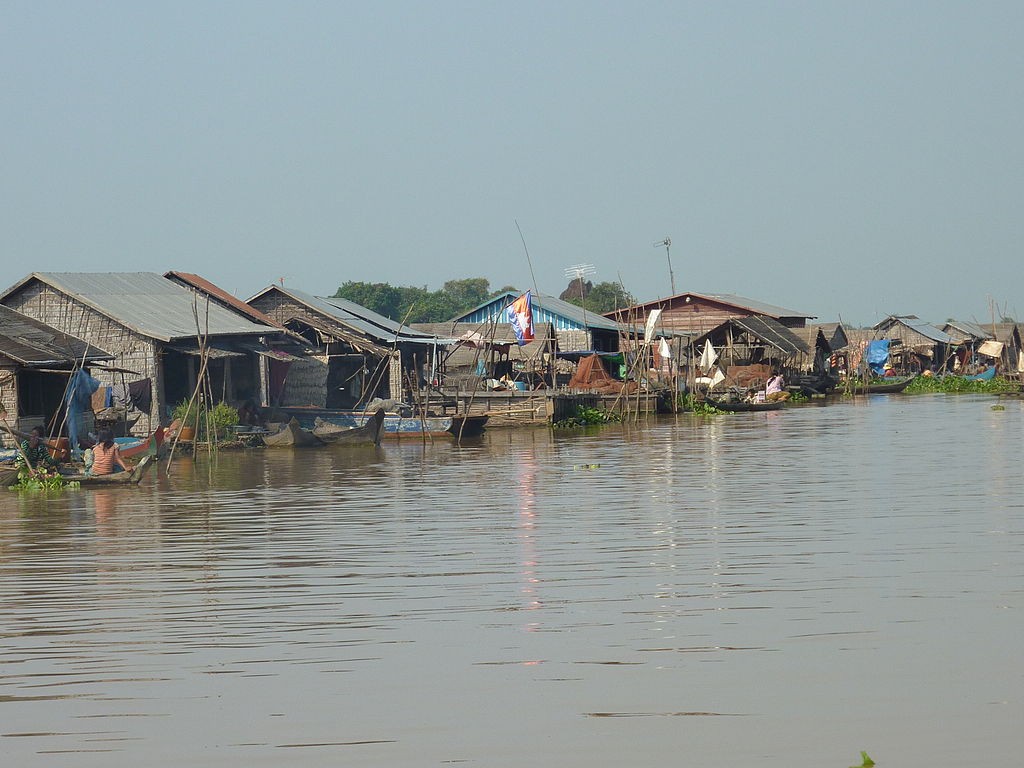 Czech aid group People in Need has installed two sensors on bridges on the Tonle Sap river in Cambodia, to trigger a system that sends text messages or calls to mobile phones warning of heavy rains. Image: Photo Dharma from Penang, Malaysia,CC BY-SA 2.0, via Wikimedia Commons

Floods in Cambodia in 2011 and 2013 killed more than 400 people, displaced tens of thousands, and destroyed crops, livestock, and homes.

This year, despite heavy rains, there have been fewer casualties and less damage, due in part to automated water gauges that can alert about 70,000 families to impending danger.

The gauges’ sensors, which are powered by solar energy, track a river’s height and send data to a monitoring system. A mobile text message or call goes out when danger levels are hit, enabling people to secure their belongings and move to safety.

“Too many times, communities in high-risk areas learned of the threat too late and lost everything,” said Paul Conrad, Cambodia director for Czech aid group People in Need (PIN), which developed the sensors with local partners including the Open Institute, an organization that uses technology for social benefit.

The Asia-Pacific region, the most prone to natural disasters in the world and home to a fifth of the global population, is struggling with more frequent and intense hazards, from cyclones and droughts to floods and heatwaves.

Countries are coping by putting in place heat action plans and early warning systems, drawing on lessons from the tsunami alerting system set up after the 2004 Indian Ocean earthquake and tsunami, which killed about 250,000 people.

PIN has so far installed two sensors in Cambodia on bridges on the Tonle Sap river, at a cost of $300 each.

Six more will be added by year-end, and the group hopes to have sensors in all 25 provinces by 2019, Conrad said.

When provincial authorities receive data flagging imminent danger, they trigger a system that sends text messages or calls to the mobile phones of those signed up for the free service.

Climate-linked disasters killed nearly 225,000 people between 2005 and 2014 in Asia-Pacific, and caused about $350 billion in damage, according to the Asian Development Bank, which will increase its climate finance to $6 billion by 2020 to help nations cope.

Island nations including Fiji and Papua New Guinea, which face an existential threat from climate change, are tapping the global Green Climate Fund to improve their warning systems.

Of more than 2,500 lakes in the country, 24 are capable of causing GLOFs, which occur when meltwater is suddenly released from a lake, rushing down valleys in large volumes, gathering debris and destroying everything in its path.

Chimi Rinzin, a climate change specialist at the United Nations Development Programme in Thimphu, said the 1994 disaster was “a stark reminder” of the need to act on climate change.

“We can’t predict how climate change will manifest over the next 10 to 15 years, so we really need to be prepared for anything,” he said.

Bhutan has an adaptation plan that aims to reduce the risk of catastrophes, educate communities and build their resilience, he added.

Officials have also artificially reduced the level of some lakes to minimise flood risk, Rinzin said.

In addition, the country is adding more flood sensors, and rolling out a warning system for forest fires, as well as more advanced weather forecasting to help prevent disasters.

The challenge is in getting messages out to remote communities andmobilisingpeople to act on them, said Sangay Tenzin at the nationalcentrefor hydrology and meteorology.

“No matter how advanced your systems are, how accurate your data is,unless it is shared with the community in a timely manner, it’s as good as not having anything,” he said.

Getting the message out is a challenge in Cambodia too, where the early warning system has been activated more than 10 times so far in 2017, as often as in the past two years combined, said Conrad.

The system can be used for other weather threats too, including storms and lightning strikes, which are also occurring more frequently, he said.

“Traditionally, the village chief would gather information, consult with the elders and then inform the community,” he said.

“We don’t want to necessarily replace that system which everyone trusts and follows - we want to give village chiefs more accurate information in advance, so they can be more effective.”