Scientists are observing changes in the Earth’s climate in every region and across the whole climate system, according to the latest Intergovernmental Panel on Climate Change (IPCC) Report.

However, strong and sustained reductions in emissions of carbon dioxide (CO2) and other greenhouse gases would limit climate change. While benefits for air quality would come quickly, it could take 20-30 years to see global temperatures stabilise.

“This report reflects extraordinary efforts under exceptional circumstances,” said Chair of the IPCC Hoesung Lee. “The innovations in this report, and advances in climate science that it reflects, provide an invaluable input into climate negotiations and decision-making.”

The report provides new estimates of the chances of crossing the global warming level of 1.5°C in the next decades, and finds that unless there are immediate, rapid and large-scale reductions in greenhouse gas emissions, limiting warming to close to 1.5°C or even 2°C will be beyond reach.

The report shows that emissions of greenhouse gases from human activities are responsible for approximately 1.1°C of warming since 1850-1900, and finds that averaged over the next 20 years, global temperature is expected to reach or exceed 1.5°C of warming.

Meanwhile, according to the business and economic research arm of consulting firm McKinsey, Southeast Asia region potentially will face more severe consequences of climate change than other parts of the world. 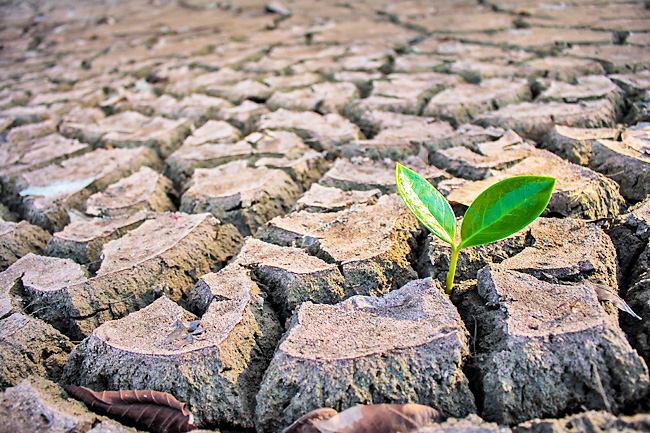 Climate change is a critical challenge that Southeast Asia must confront as the region seeks to expand its economy and remain a key engine of growth for the world, McKinsey Global Institute said. Asia as a region faces hazards including flooding, drought, severe typhoons as well as conditions of rising heat and humidity.

The coronavirus pandemic is “highlighting the importance of risk and resilience to lives and livelihoods, and as the world focusses on recovery, it is important to not lose sight of the role that climate plays”, Jonathan Woetzel, a director at McKinsey Global Institute who is leading the research, said in a statement.

“Asia faces climate hazards with potentially severe socioeconomic impacts, and thus has a keen interest in playing a frontline role in addressing the challenges,” Woetzel said.

The report shared that, in addition to the impact on Southeast Asia, the research also highlights the potential impact of extreme weather on the so-called ‘Frontier Asia’ countries like Bangladesh, India and Pakistan.

“We estimate that by 2050, between 500 million and 700 million people in Frontier Asia could live in regions that have an annual probability of a lethal heat wave of about 20 per cent,” said the report.

Coastal flooding made worse by rising sea levels is a severe risk around the world and reports have estimated trillions of dollars could be on the line from damaged assets in the future. Flooding not only damages infrastructure but sometimes contaminates sources of drinking water.

Brunei Darussalam has kick-started the implementation of the Brunei Darussalam National Climate Change Policy (BNCCP). This year marks the Year of Action for Brunei starting with the launch of Green Protocol.

The BNCCP, Brunei’s first climate change policy, was published in 2020, outlining 10 key strategies to turn the country into low carbon and climate-resilient nation. One of the goals for all government ministries this year is to plant 26,000 trees by the year-end.

About 72 per cent of Brunei is still covered by forests, and about 58 per cent of this is conserved under the Heart of Borneo initiative. Brunei’s peat swamp and lowland forests are still among the best preserved in the region, and indeed constitute rare and precious ecosystems which are believed to play a key role in global climate control.

Brunei only contributes about 0.025 per cent to the global carbon emissions. However, the nation can already see and feel the impact. Currently, there is a few early evidence of climate change especially in rising sea levels, rainfall, forest fires and landslides.

The Ministry of Development recently said in Brunei’s adaptation to climate change, the country’s national policy goal is towards climate resilience and the government has spent about BND68 million in infrastructure under the National Development Plan, which focusses on water security, flood mitigation and improved sanitation.

However, nature-based solutions could address efforts far more effectively and sustainably. In recent years, there has been worldwide adoption and rapid proliferation of the ‘nature-based solutions’ concept, emphasising on the role of trees, forests and forestry, as forests have three benefits such as absorbing carbon emissions, increasing resilience, and hosts biodiversity.

The need to strengthen the resilience of Brunei forests against climate change threats is further accentuated by its prevailing roles as carbon sources, when removed or carbon sinks, when preserved. Forests remain as today’s most effective nature-based solution for climate mitigation, as it is for climate adaptation.

The restoration of forests not only reinstates the ecological functioning, but it also accelerates the recovery of biodiversity.