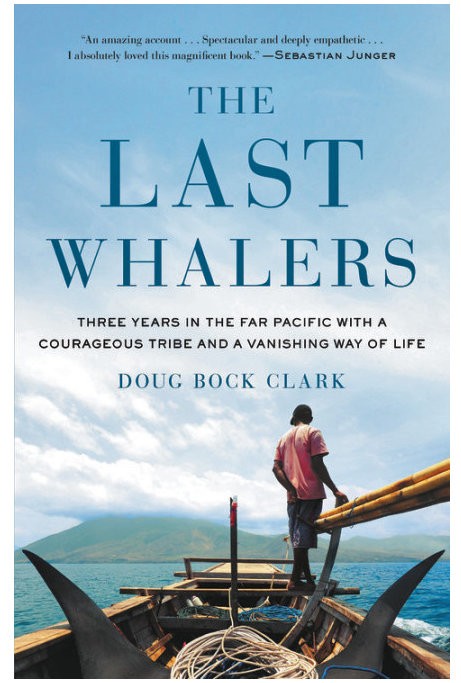 Our best bet for slowing down the planetary extinction we have set in motion is to focus on the collective. When we finally realize that we are in this together, that is when we will move away from our insatiable appetite for more. But we have precious few models that illustrate just what it means to know and act together, as a larger unit. Clark — in his vital, immersive and elegant debut — presents us with one such example: the Lamalerans, an ancient tribal society that has survived and thrived by working together to hunt the massive sperm whales that migrate through Indonesia’s Savu Sea every summer.

And yet, like so much else at this moment, Lamaleran society is being threatened from all sides — by the rise of commercial fishing operations, the decline of the very animals they depend upon, politicians who value economic growth above all else and the desire of tribal youth (in particular the girls) for a life with fewer restrictions. With glittering prose and a novelist’s knack for storytelling, Clark carries readers to the heart of this community as they try to manage and adapt to the tidal wave of change that has recently arrived on their shore, asking: Who do we want to become, and what can we do to arrive intact at that precarious future?

Reminiscent of Anne Fadiman’s “The Spirit Catches You and You Fall Down,” Clark’s book intimately details, with empathy and grace, the tribe’s value system and the physical world on which they depend. Here hunters’ shadows dull “the sunlight glittering on the whale’s sea-glossed back” as the animal prepares to surrender and make of itself a “Gift of the Ancestors.” We often think of indigenous groups as living in remote locations, on the edges of the modern world, but Clark reverses this proposition, using the stories of these whalers to help us understand just what it looks like when the earth reaches carrying capacity and how humans might in turn respond. 347 pp. Little, Brown. $30. 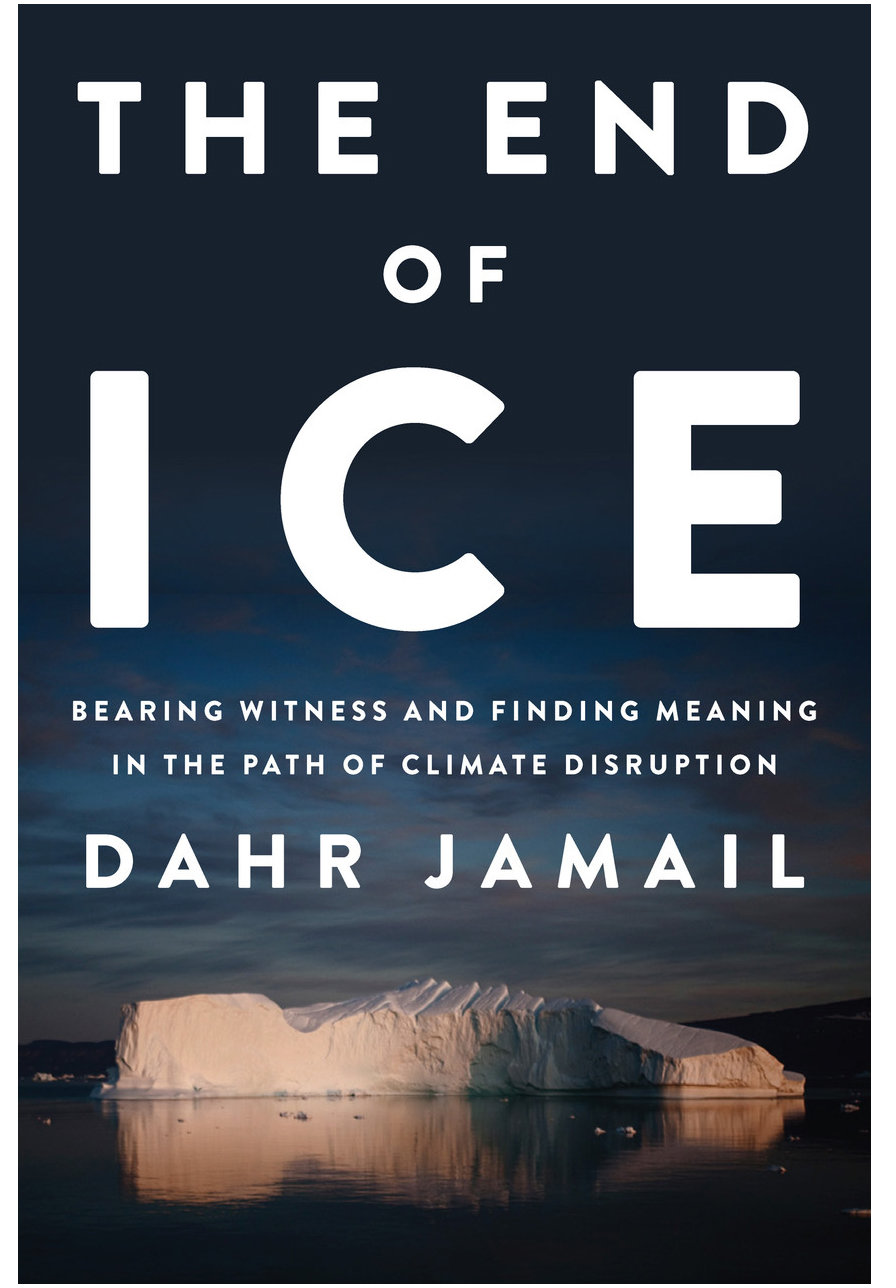 Our current environmental crisis is often described in language that makes it hard to appreciate the transformations already underway and the role we played in them. For Jamail, “climate change” is too ambiguous a term; he prefers “anthropogenic climate disruption,” which emphasizes human agency while also noting just how unusual it is for a single species to cause such havoc, making the earth uninhabitable for many.

In “The End of Ice,” Jamail, an avid mountaineer and former war reporter, visits a handful of different environments being impacted by anthropogenic climate disruption, or whatever you want to call it — from the heights of Denali to the heart of the Amazon — hoping to “bring home … the urgency of our planetary crisis through firsthand accounts.” He recalls his conversations with a wide cast of characters from coral ecologists in Guam to indigenous residents of Utqiagvik, the northernmost town in the United States. Each in his or her own right bears witness to the ways in which the places they study and depend upon are already coming undone.

Jamail, and his adventurer’s attraction to far-flung locations helps hold this string of reporting trips together. Toward the end of the book he suggests that we must sit with our grief for the ever-diminishing planet; to understand how to proceed, we must acknowledge what we have lost and what we will continue to lose. Perhaps what brings him to this place of great mourning is his regular engagement with the “worst case scenarios” buried deep in the pages of the official reports. Too often climate coverage errs on the cautious side, suggesting that this or that may come to pass. “The End of Ice” illustrates with an almost overwhelming string of statistics that for many of the world’s glaciers, coral reefs, and ancient forests, the end is already here. 257 pp. New Press. $25.99. 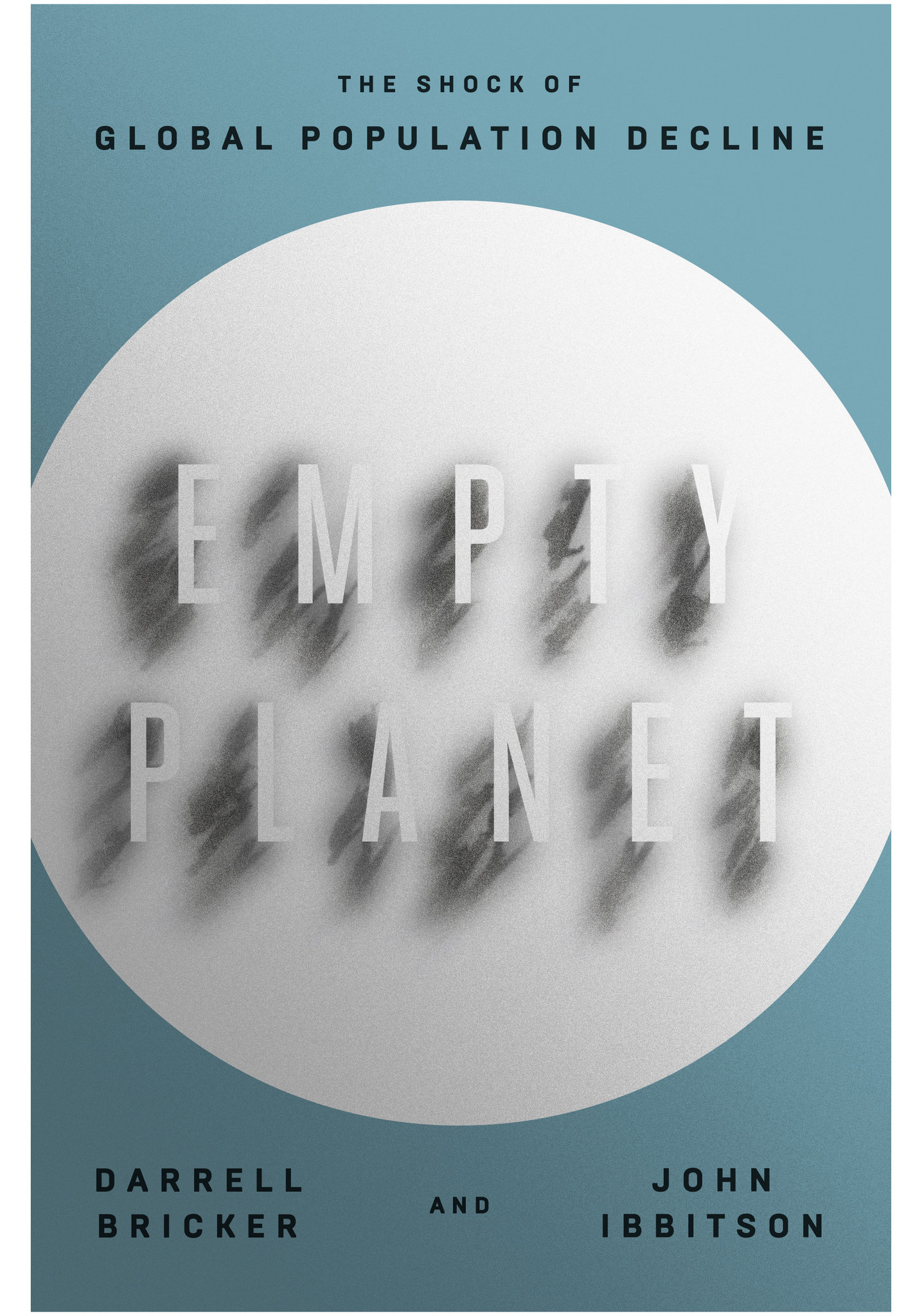 Demographers and ecologists alike have long warned of the coming “population bomb,” when the sheer number of human beings on the planet will outstrip agricultural production, leading to widespread famine and Malthusian collapse. But according to Bricker and Ibbitson, this imagined future will not arrive. The earth is indeed perched at a tipping point, but not the one often envisioned. “Our future will contain something we have never experienced: a world growing small in numbers by choice,” they write in “Empty Planet,” an ambitious reimagining of our demographic future.

They argue that urbanization and the attendant access to education for women that often accompanies such shifts will cause the earth’s population to begin shrinking in the middle of this century. This fundamental change is bound to restructure societies in surprising and destabilizing ways. With fewer young people working and consuming, economies will stagnate, state coffers will suffer and innovation will slow. For Bricker (chief executive of the research firm Ipsos Public Affairs) and Ibbitson (a journalist at The Globe and Mail), immigration is key to keeping countries with dwindling demographics competitive. In the most compelling sections of this book, the authors tie the United States’ ability to maintain its position of global economic dominance in the coming century to the country’s immigrants and the demographic advantage they supply.

Too easily set aside in “Empty Planet” is the interplay between humans and the more-than-human world of which we are a part. At one point the authors suggest that we are “chugging along” just fine with seven billion inhabitants, a finding that the overwhelming majority of scientists would rebuke. A world with fewer inhabitants may or may not be in our collective future. But whether that future will be one we want to inhabit depends largely on our willingness to actively shape the present. 288 pp. Crown. $26.