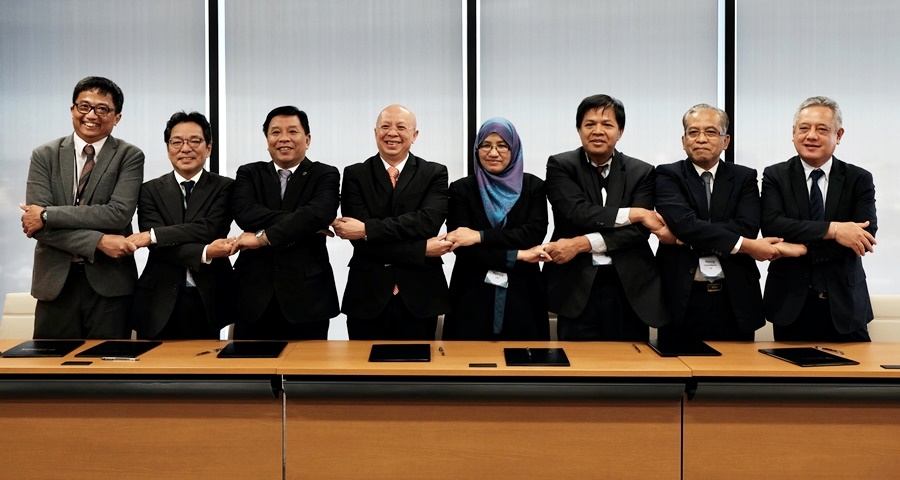 The Southeast Asian University Consortium for Graduate Education in Agriculture and Natural Resources (UC) held its 30th Executive Board meeting on 16 – 18 November 2017 in Tokyo, Japan. Twenty-four delegates participated in the meeting hosted by Tokyo University of Agriculture (Tokyo NODAI) in its Setagaya campus.

This year's Executive Board meeting was highlighted by the signing of the Memorandum of Understanding for the institution of the Joint Master of Science in Food Security and Climate Change (MS FSCC) program, the review and revision of the UC Travel Grants, and the membership fee structure. The UC also welcomed Universitas Brawijaya (UB) of Indonesia as a new Affiliate Member.

Founded in 1989 as a commitment made among five leading agricultural universities in Southeast Asia to promote beneficial cooperation by optimizing utilization of resources and expertise, the UC has since expanded its reach and activities through collaborative researches, annual Summer Schools, and annual Graduate Forums, where hosting is rotated among member universities.

The MS FSCC project, spearheaded by the UC with Kasetsart University as Project Leader, involves nine other universities in Europe and Southeast Asia, and is partially funded by ERASMUS + under its Capacity Building in the Field of Higher Education program.

With its increased visibility due to increasing collaborative programs, the UC has received several expressions of interest from other universities to become associate or affiliate UC members. With this, it is envisaged that the UC will further strengthen its dynamic linkages within and outside the Consortium in the coming years.