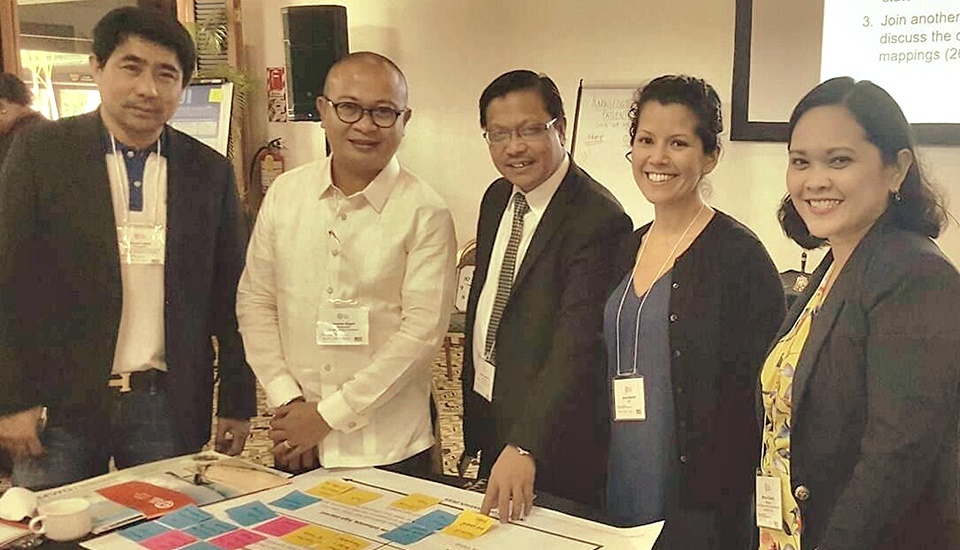 The TTF is organized by the National Adaptation Plan (NAP) Global Network and hosted by the Government of the Republic of Fiji. Mr. Mark Mineo, Regional Environmental Officer to the U.S. Embassy in Fiji, and Mrs. Makereta Konrote, Permanent Secretary of the Ministry of Economy to the Government of Fiji, officially opened the forum.

This year's TTF brought together policymakers and adaptation practitioners from more than 20 countries and discussed the challenges and best practice approaches related to the NAP process. Discussions focused on communication strategies, monitoring and evaluation, sectoral and vertical integration and gender issues. The Philippine delegation shared the country's experience on the national adaptation planning processes including legislation and policy development, formulation of the National Climate Change Action Plan (NCCAP) and Local Climate Change Action Plans (LCCAPs) and implementation of Climate Change Adaption (CCA) projects at the national, regional, and local levels.

Delegates to the Targeted Topics Forum (TTF) from more than 20 countries held on 5-8 February 2018 at the Westin Hotel, Denarau, Nadi, Fiji.

Participants of the TTF visited the climate monitoring and forecasting units of the Fiji Meteorological Services, the river check dam, crops nursery, and mushroom production of the Ministry of Agriculture.

Philippine delegates with representatives from Thailand and GIZ Germany during the workshop on priority country climate actions.

Mr. Lapis added that the PSC will ensure the sustainability of NAP Global Network initiatives through continuing knowledge sharing of climate change actions in various sectors as well as at the regional, national, and local levels.

The NAP Global Network is a group of individuals and institutions who have partnered to enhance bilateral support for the NAP process in developing countries. It is funded by the United States Department of State and Germany's Federal Ministry for Economic Cooperation and Development. The International Institute for Sustainable Development (ISSD) based in Canada acts as Secretariat of the Network. Financial support for this forum was provided by the Government of Canada as part of its commitment to ensuring that developing countries are better prepared for and can respond to the impacts of climate change.