The coastline of Vietnam is increasingly exposed to natural disasters, resulting in significant human and economic losses, but current risk management measures prove inadequate. A new resilience development strategy is urgently needed ─ otherwise, additional economic growth over the next decade in the range of billions of dollars could be wiped away by natural shocks, according to a new report by the World Bank.

The ongoing devastating storms and floods that battered the central part of Vietnam are the latest evidence of a worrying trend that natural risks, which have already been substantial, are intensifying due to rapid urbanization, economic development, and climate change. Resilient Shores, a report jointly developed by the government of Vietnam, the World Bank, and the Global Facility for Disaster Reduction and Recovery released today, provides some sobering statistics on how vulnerable the coastline is and who and what are most impacted.

The report estimates that 12 million people in coastal provinces are exposed to the threat of intense flooding and over 35 percent of settlements are located on eroding coastlines. Each year, an average of $852 million – or 0.5 percent of GDP – and 316,000 jobs in key economic sectors are at risk from riverine and coastal flooding. 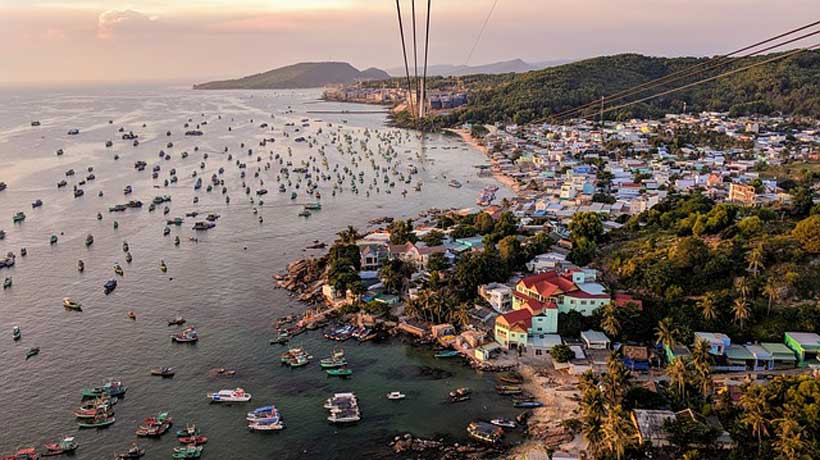 Public facilities and infrastructure are also at risk, which means disruption of service delivery at the time when they are most needed. Severe flooding affects directly 26 percent of public hospitals and healthcare centers and 11 percent of schools in the region. More than one-third of Vietnam’s power grid is located in forested areas, at risk of being damaged by storm-induced fallen trees.

Despite much progress over the past decade, Vietnam’s current risk management scheme still faces significant challenges. Major shortcomings the report identifies include fragmented and incomplete risk information and ineffective enforcement of related regulations such as spatial planning, building codes, safety standards and systematic maintenance of infrastructure systems. For instance, the report shows that two-thirds of Vietnam’s sea dike system does not meet the prescribed safety requirements.

“If the current trends of rapid economic development in high-risk areas continue, disaster losses are bound to increase,” said Carolyn Turk, World Bank Country Director for Vietnam. “It’s time for a new approach to balance the risks and opportunities so that Vietnam’s coastal regions can continue to be an engine of growth while being resilient to shocks.”

The report presents a concrete action plan in five strategic areas that needs to be rolled out immediately and decisively.

Vietnam’s diverse coastline spans over 3,000 kilometers. The coastline’s wealth of natural endowments provides livelihoods for some 47 million people or half of the country’s population. The region also bears the brunt of natural disasters that hit Vietnam regularly.