The updated NDC of Vietnam identifies mitigation measures for the 2021-2030 period, and strategic adaptation tasks and measures to minimize damage caused by climate change that are specific to each sector.

The Prime Minister on July 24, 2020 approved Vietnam’s updated Nationally Determined Contribution (NDC). Accordingly, by 2030 Vietnam will reduce 9 percent of its total greenhouse gas emissions compared to the Business-As-Usual Scenario (BAU), equivalent to 83.9 million tons of CO2eq, using its domestic resources. Vietnam’s contribution can be increased up to 27 percent (equivalent to 250.8 million tons of CO2eq) with international support through bilateral, multilateral cooperation and implementation of mechanisms under the Paris Agreement. The updated NDC of Vietnam identifies mitigation measures for the 2021-2030 period, and strategic adaptation tasks and measures to minimize damage caused by climate change that are specific to each sector. 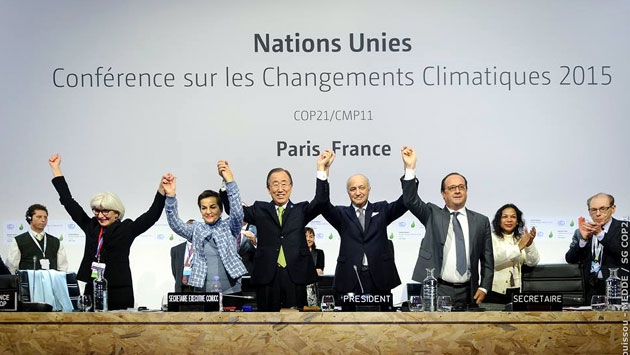 Background and process of updating

The Paris Agreement was adopted at the 21st Conference of the Parties to the United Nations Framework Convention on Climate Change (COP21) in 2015 and came into force in 2016 with the participation of 189 Parties. This is the first global legal framework binding the responsibilities of all Parties in climate change mitigation and adaptation in the context of sustainable development. All participating Parties, therefore, are required to contribute on mitigation, adaptation, finance, technology transfer and capacity building.

The Paris Agreement stipulates that the Parties’ responsibilities for developing and implementing their NDCs; monitoring and evaluating and providing financial and technological resources, strengthening capacity for the implementation of NDCs. Each country provides information in its NDC on the efforts it will undertake contributing to global response to climate change, in the context of current socio-economic conditions and future projections.

Until now, all Parties to the Paris Agreement have submitted their NDCs to the Secretariat of the United Nations Framework Convention on Climate Change (UNFCCC). However, each country’s NDC is very different, communicating contributions respective to national circumstances and also providing conditions to fulfil its contributions. The current NDCs, if fully implemented, would lead to the average global temperature increase of about 3oC, much higher than the target stated in the Paris Agreement which is to keep a global temperature rise below 2oC above pre-industrial levels and to pursue efforts to limit the temperature increase even further to 1.5oC. To narrow the gap in climate change response efforts, the UNFCCC Secretariat has asked countries to review and update their NDCs, ensuring that their NDCs reflect their highest ambitions. The review and update of NDC must be completed in 2020 and continue to be undertook every five years to submit to the UNFCCC Secretariat.

The NDC of Vietnam was submitted in September 2015. At that time, the NDC of Vietnam, like those of other countries, was categorized as intended (Intended Nationally Determined Contribution - INDC). Implementing the decisions of COP21 and undertaking the tasks assigned by the Prime Minister, the Ministry of Natural Resources and Environment has coordinated with the relevant ministries, sectors and agencies to review and update Vietnam’s NDC in the context of national development circumstances.

Ministries and sectors have actively participated in the process of reviewing and updating the NDC and contributed official information to ensure that updated goals of the NDC are feasible, demonstrating highest efforts of the ministries, sectors in accordance with current circumtances and forecasts till 2030.

In its updated NDC, Vietnam has reviewed and updated contributions on mitigation and adaptation to be more in line with current situation and socio-economic development forecasts up to 2030 while ensuring that NDC implementation objectives are in line with the objectives of the country’s Socio-Economic Development Strategy, National Climate Change Strategy, Vietnam Green Growth Strategy, and Strategy for Natural Disaster Prevention, Response and Mitigation.

Several new guidance for NDC adopted at COP24 that are suitable for Vietnam’s capacities have been followed; the issue of loss and damage has been further clarified and Vietnam's latest efforts in adaptation and mitigation, the impact assessment of the implementation of mitigation measures on socio-economic development, the analysis of co-benefits of adaptation and mitigation on sustainable development, appropriate indicators to facilitate the regular monitoring and evaluation of NDC implementation have been included; a national system for measurement, reporting and verification (MRV) for mitigation actions and a monitoring and evaluation (M&E) system for adaptation actions have been put in for the implementation of the NDC; advantages, disadvantages and implementation plans for the NDC have been clarified, given current international and national contexts as well as measures to be taken.

The updated NDC has included the industrial processes (IP) in GHG inventory, BAU scenario and mitigation measures. 2014 was set as the base year because it is the year with the latest national GHG inventory results since Vietnam has participated in the Paris Agreement in 2016 (compared to the base year of 2010 in the NDC).

The BAU scenario has been updated with an increase in GHG emission reduction target. Specifically, by 2030 Vietnam will have reduced its GHG emissions by 9 percent compared to the BAU scenario using domestic resources and can reduce up to 27 percent with international support through bilateral as well as multilateral cooperation and the implementation of new mechanisms under the Paris Agreement. 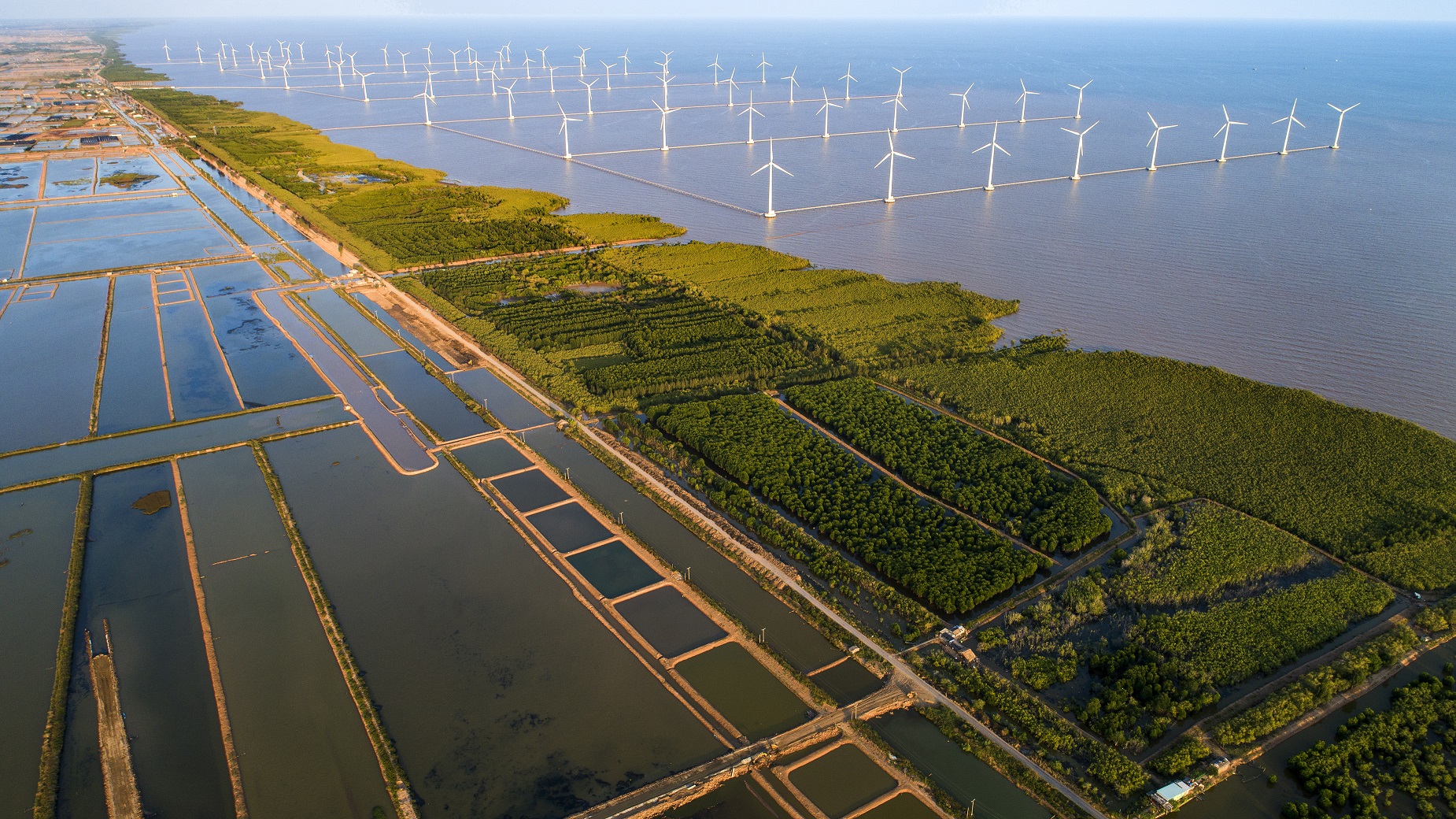 The updated NDC has set strategic tasks on adaptation, including: enhancing adaptation efficiency through strengthening state management and resources for adaptation; increasing the resilience and adaptive capacity of communities, economic actors and ecological systems; mitigating disaster risks and damages, preparing to respond to increasing natural disasters and extreme climatic events due to climate change

Adaptation measures to minimise damages caused by future climate change impacts are specifically identified for each sector (including: natural resources and environment, agriculture and rural development, public health, urban, housing, transport, tourism and hospitality, industry and trade), and for each region (the Red River Delta, Mekong River Delta, and coastal and mountainous regions).

Given the socio-economic development of a developing country significantly affected by climate change, the updated NDC of Vietnam has reflected the country's highest effort in contributing to the global climate change response and implementation of the UNFCCC and the Paris Agreement.

In 2014, Vietnam's GHG emissions accounted for only about 0.5 percent of the total global GHG emissions with per capita emissions of only 2.84 tons of CO2eq. Nevertheless, Vietnam has actively implemented climate change responses, developing its economy towards low-carbon development and green growth, and promoting the implementation of potential mitigation measures in the energy, industry, transport, agriculture and waste sectors, as well as improving the carbon sequestration capacity in the land use, land-use change and forestry sector

The country's efforts are also reflected in the fact that the Government considers climate change response to be vital. It is the responsibility of the entire country to simultaneously conduct climate change adaptation and mitigation actions, and use natural resources efficiently and sustainably. These efforts have been reviewed and included in Vietnam's regulations specifying responsibilities of organisations and individuals in response to climate change in general and in the implementation of the updated NDC in particular from 2021 onwards.

Monitoring and evaluation of implementation

From 2021, Vietnam will be obliged to implemet its NDC. Vietnam has adopted its Plan for Implementation of the Paris Agreement under the Prime Minister's Decision No. 2053/QD-TTg dated October 28, 2016 with 68 key task groups to be undertaken until 2030. Implementation of its NDC is considered to be Vietnam’s key task of responding to climate change in our country in the new period, meeting actual requirements of domestic climate change response while fulfilling its responsibility of contributing to the international community’s efforts.

State, enterprises and communities will be responsible for implementing Vietnam's updated NDC. The Ministry of Natural Resources and Environment will act as a focal point supporting the Government with the participation of ministries, sectors, local agencies and enterprises in accordance to their assigned functions, tasks.

Financial resources for implementation of the updated NDC are mobilised from various channels in compliance with the State Budget Law, Public Investment Law, Investment Law, and other relevant legal documents. Mobilisation channels include the state budget (both central and local budgets), international supports, and contributions from the private sector and communities

Implementing its NDC, Vietnam will have more opportunities to promote international cooperation to respond to climate change. At the moment, many important international partners have shown their interest in and willing to support Vietnam in fulfilling its NDC, and there are programmes and projects supporting the climate change response in Vietnam in the very near future.

In order to facillitate the implementation of the updated NDC, the Ministry of Natural Resources and Environment is tasked to hold prime responsibility for coordinating with relevant Ministries, agencies to develop the Support Programme to implement NDC for the period 2021-2030, and to update the national strategy on climate change for the period 2021-2025 which will include goals stated in the updated NDC and contents required in the Paris Agreement.

The Ministry of Natural Resources and Environment will submit the updated NDC to the UNFCCC Secretariat; assume the prime responsibility and coordinate with the ministries, sectors and international partners in organizing the implementation of NDC under the Prime Minister's approval.