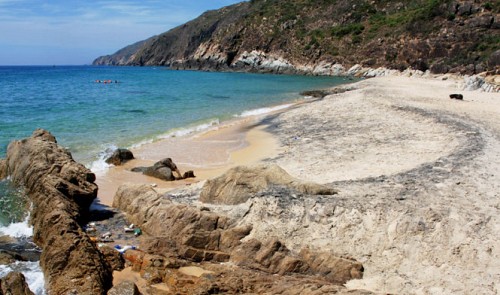 A Deputy Minister of Culture, Sports, and Tourism has voiced concern over the potential loss of natural resources and tourist attractions, beaches in particular, due to climate change in a conference to address the effect of climate change on Vietnamese tourism.

Climate change has directly affected several industries in Vietnam, including agriculture, fishing, commerce, and tourism, Dang Thi Bich Lien told the ‘Vietnam: Towards Sustainable Tourism in the Era of Climate Change’ conference in Hanoi on Thursday.

The event was attended by various governmental departments and experts from the ESRT (Environmentally and Socially Responsible Tourism), a project funded by the European Union.

Peter Burns, a representative speaking on behalf of ESRT experts, said that those responsible for combating climate change in local cities and provinces possess sophisticated scientific knowledge about climate change, but are unaware of the specific challenges facing tourism.

To bridge the gap, Burns emphasized the need to foster information exchanges between governmental departments so that both tourism and environmental agencies can begin to learn about the other side of the coin.

In the first seven months of 2016, Vietnam welcomed 5.5 million international visitors, a 24 percent increase from the same period in 2015, and served 38.2 million domestic visitors.

Tourism is expected to become a leading industry in Vietnam, with a GDP contribution of 10 percent, by 2020.