The scientists from the World Weather Attribution group have agreed to conduct the detailed study, which would involve the precise setting of the parameters in space and time of the rainfall episode being studied, along with the data associated with it, the Climate Center, a specialist center of the International Federation of Red Cross and Red Crescent Societies (IFRC), said on Monday.

The study is expected to help scientists figure out the extent to which human-induced climate change has played a role in extreme weather events that recently hit Vietnam. Results are expected in about a month, the Climate Center said. 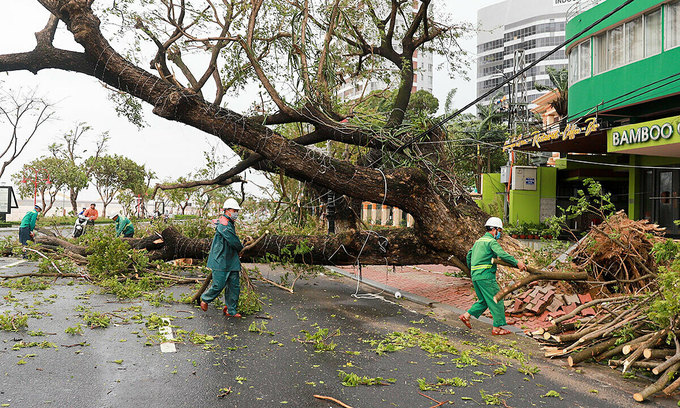 Over the past month, central Vietnam has been bombarded by numerous storms and tropical depressions, triggering heavy rainfall, flooding and landslides in the region. At least 235 people either died or went missing in the region, while economic losses were estimated at around VND17 trillion ($734.67 million). The lives of around 1.5 million people have been affected by the string of natural disasters, the government held.

Storm Molave, said to be among the strongest storms to ever hit Vietnam, caused particularly devastating consequences as it made landfall over central Quang Nam and Quang Ngai provinces on October 28. At least 40 people have been killed while 41 others went missing, with over 720 houses having collapsed and 176,790 others seriously damaged, according to the Central Steering Committee for Natural Disasters Prevention and Control.

As part of its flood relief efforts for central Vietnam, the IFRC has also launched an emergency appeal for nearly 4 million Swiss francs ($4.39 million) in relief and recovery for 160,000 Vietnamese, on top of a Disaster Relief Emergency Fund grant of 500,000 Swiss francs to support local emergency efforts.

The South China Sea, which it calls the East Sea, could see 11-13 storms and tropical depressions this year, with half forecast to affect Vietnam, meteorologists warn.