The floods came early this year in Tua Sin Chai, a remote village in Vietnam’s northern highlands. In June, heavy rainfall unleashed landslides that tumbled through this hillside village, killing a family of four.

Giang Hong Ky lost his son, daughter-in-law, and two grandchildren when the tide of earth and rocks cascaded down the hillside. The 65-year-old has spent his entire lifetime here, but he said it’s the first time a landslide like this reached his village.

“My parents’ generation, my generation, and now my children’s have all been living in this village,” Ky said. “But we have never seen anything like that.” 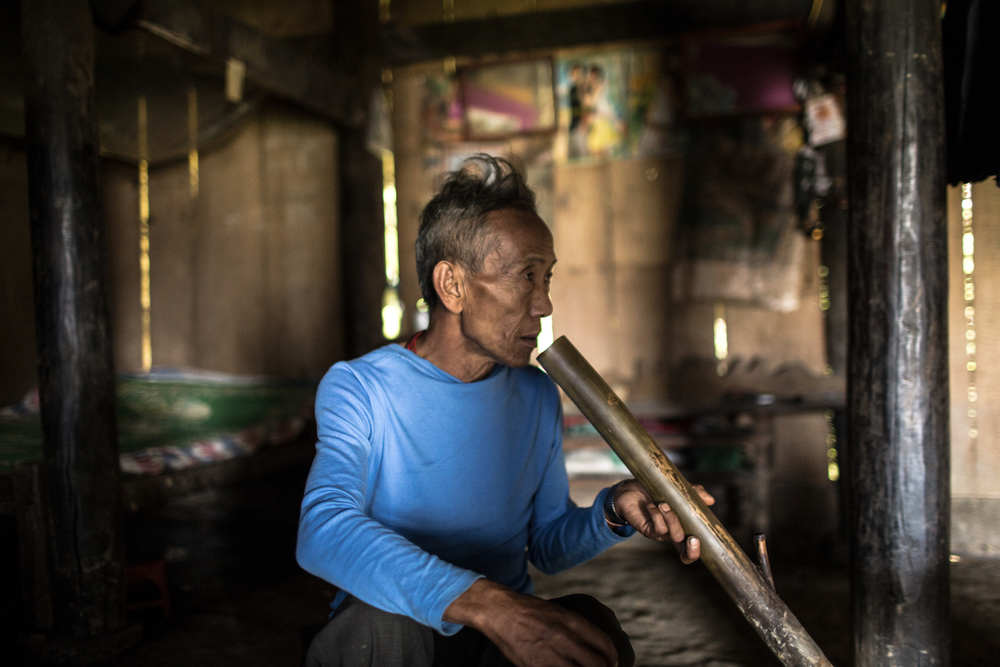 Giang Hong Ky lost four family members when a landslide barrelled into his village in Lai Chau Province in June.

The damage was part of a series of landslides and flash floods in June and July that killed nearly 70 people and submerged thousands of homes in Vietnam’s northern provinces, including Lai Chau, where Ky’s family lives. Vietnam is already intensely exposed to disasters, but environment experts say climate change is making extreme weather increasingly frequent, unpredictable, and more severe.

Climate negotiators are meeting this week in Bangkok to continue hashing out guidelines that will determine how countries meet their commitments to tackle global warming.

Climate justice advocates say the results of the forthcoming discussions must help vulnerable countries adapt to and mitigate the impacts of climate change – like, they would argue, the early-season floods and landslides that hit Ky’s family and many of Vietnam’s northern provinces.

Experts say vulnerable families in remote communities are poorly prepared for the new climate reality: the escalating risks of damages and losses from increasingly unpredictable disasters, and preventable casualties in distant villages like Tua Sin Chai.