Scientists have once again raised their concerns about water security in the Mekong Delta, saying that hydropower dams on the Mekong River's upper course as well as Thailand, Laos and Cambodia’s plans to divert the river are the biggest threats. 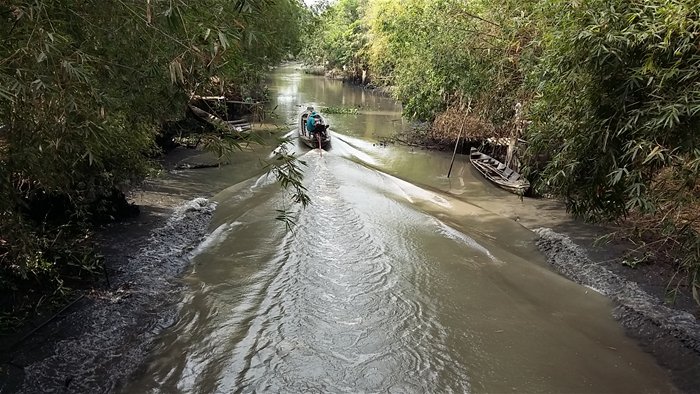 Of the challenges, Vietnam can adapt to climate change, prevent population increase and migration, stop natural resource overexploitation and use the land in a more effective way. But it cannot adapt to or control hydropower dams and diversion projects.

The building of hydropower dams on the Mekong River from China to Laos not only forces thousands of people to relocate their houses, it changes the current in the lower course and causes loss of millions of tons of alluvium in the Delta.

The total volume of water to be taken by the projects would be large, leaving little for the Delta in Vietnam.

Nguyen Nhan Quang, former deputy secretary general of the Vietnam National Mekong Committee (VNMC), warned that water would not reach Vietnam because of the the Mekong water diversion projects, even if hydropower reservoirs discharge water.

The Mekong Delta receives 85 percent of total water volume from the Mekong mainstream every year. All daily activities and agriculture and fishery production in the delta rely on the water source.