Climate change, dams and risk on the Mekong 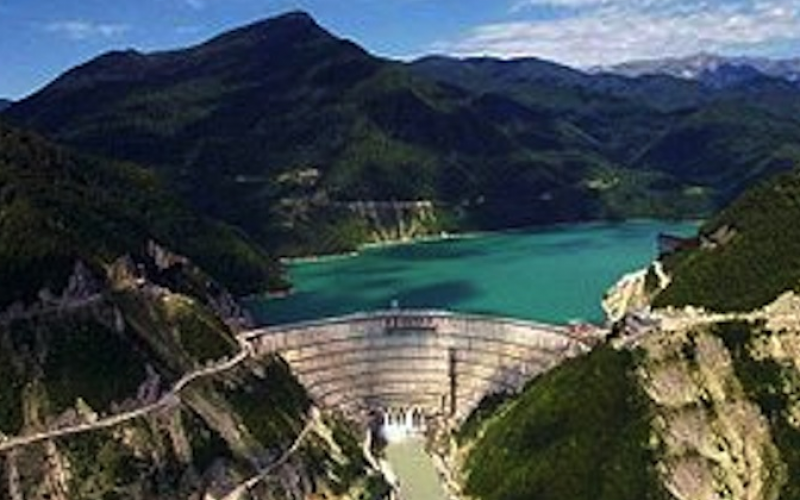 Climate change is threatening the economic and political future of the Mekong region. Excessive dam building is accelerating these risks. Failure to act will significantly impact growth in the region.

In China, it was believed that the changes to rivers predicted the rise and fall of dynasties. It’s a belief that became so ingrained, Emperors sacrificed vast resources to control rivers in the hope of staving off war or revolution.

Similarly, governments in the Mekong are now attempting to harness the river’s power. The river serves the livelihoods of over 60 million people – if its ecological impact is important, its economic and political impact is unmeasured.

The effect of climate change on the Mekong River is a huge cause for concern. The six countries along the river set up the Mekong River Commission in 1995 hoping that it would lead to shared and sustainable management of the river’s resources. The commission has made some progress, but any effort to mitigate climate change is useless without addressing the unrelenting dam building occurring throughout region.

The problem is that the Mekong countries saw dams as a ‘clean’ way to produce energy for their growing economies. While being cleaner than traditional sources of energy, dams also produce severe environmental impacts. These include preventing essential sediments and the migration of fish downstream, droughts from the reduction of freshwater and increased salinity in farming areas.

There are around 11 dams being planned or already under construction on the Mekong. As a result, the effects of climate change have been exacerbated, causing a huge increase in political risk. 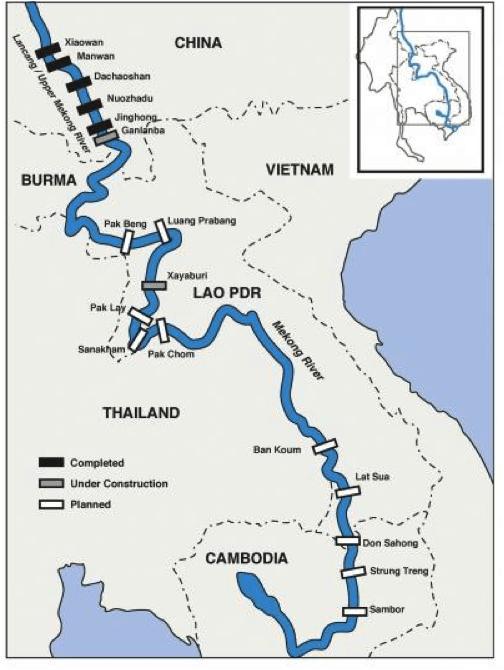 Droughts throughout the Greater Mekong Sub-region have increased in frequency and intensity over the last few years affecting food production, livelihoods and politics. Last year’s drought in northern Thailand put heavy pressure on the government to compensate farmers, while Laos’ ongoing construction of the Xayaburi dam has ignited tensions between Hanoi and Vientiane.

Consequently, many experts have pointed towards and are predicting a significant drop in rice production in the Mekong region as a direct consequence of climate change.

Thailand and Vietnam are two of the largest rice producers and exporters in the world – any decrease in their production bears a huge impact on the international economy. While this evidently affects the global trade of rice, the international political impact of the changes around the Mekong River cannot be understated.

A rice-less Mekong would also throw countries in the region into economic turmoil. Vietnam, for example, would struggle to feed its growing population. While the most well off would be able to afford higher food prices and the poorest would benefit from government subsidies and donations, the middle class would suffer the most.

Such a crisis in the Mekong would also lead to higher costs of living and lower domestic consumption. Most importantly, production costs would skyrocket. Countries including Vietnam, Cambodia and Laos would be unable to exploit low labor costs and companies would choose to move their factories to cheaper countries.

Consequently, the population downstream has been struggling to adapt. Fishermen are going out of business, while farmers in Vietnam are increasingly turning their paddies into shrimp farms, which thrive off increased levels of water salinity – a short-term solution that causes long-term environmental damage.

Meanwhile, experts at the Mekong River Commission continue to protest, but, as an international organization, it is powerless when member countries decide to go their own way.