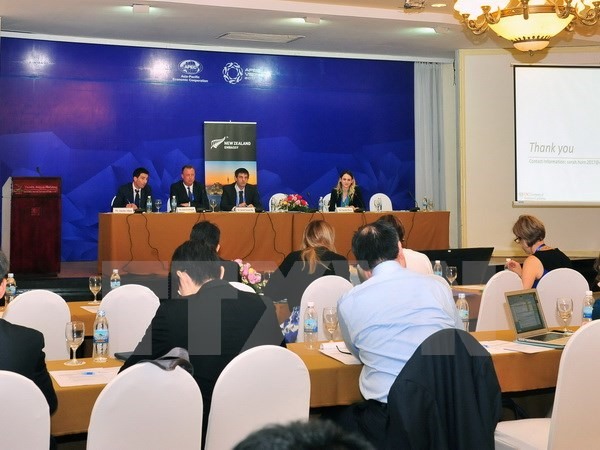 KHÁNH HÒA – As host of the APEC 2017, Viet Nam has initiated a round-table conference on sustainable tourism development policy in the face of climate change challenges.

Hà Văn Siêu, Deputy General Director of the Việt Nam National Administration of Tourism, said the conference would be held in June.

He spoke to Vietnam News Agency reporters on the sidelines of a workshop on sustainable tourism hosted by the Tourism Working Group (TWG) as part of the first APEC Senior Officials’ Meeting (SOM 1) in Khánh Hòa Province on Thursday.

The conference would make recommendations on policies and commitments required of APEC members to realise sustainable tourism development goals set for 2017 by the UN World Tourism Organisation (UNWTO), he said.

According to UNWTO, tourism is both the mastermind and victim of climate change. Tourism development causes many negative impacts on the environment and climate change as the industry accounts for five per cent greenhouse gas emissions.

At the same time, it is vulnerable because climate change impacts affects destinations, tourism seasons and operating expenses.
"APEC tourism will also have negative impacts on the environment and the global climate. Therefore, developing sustainable tourism has been identified as an important target for member economies," Siêu said.

Vietnam’s master plan on tourism development is part of the nation’s efforts to effectively cope with issues related to climate change and environmental pollution.

In 2015, the APEC members welcomed over 396 million visitors, accounting for 33 per cent of total global tourist arrivals. Revenue from tourism activities was US$59 billion, making up 44.5 per cent of global tourism revenue. The tourism sector generated 47.9 million direct jobs.