Time to Protect Our Common Home 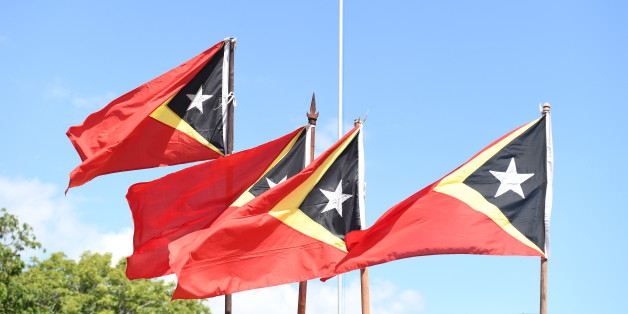 The Paris Agreement (PA) came into force on 4 November 2016, creating a history in multilateral diplomacy, as no other convention came into force so quickly. This reflects global political commitment and desire for a zero-carbon, climate-resilient future.

Now we need to adopt procedures for operationalizing the new framework, institutions and processes established under the Agreement, starting from the COP22 at Marrakech.

Timor-Leste is a small island state and has recently made the transition from conflict toward sustainable development. Climate change poses immense pressure to economic growth and development.

Intensified climatic events are posing major threats to lives and livelihoods of Timorese population, notable in remote areas with large portions of the population below the poverty line. The 2015/16 El-Nino event seriously affected 120,000 people (approximately 10% of the overall population).

Similar climate-induced development challenges are increasingly evident in many other parts of the world, particularly Small Island Developing States (SIDS) and Least Developed Countries (LDCs). We, being the lowest emitters of GHGs, are the hardest hit from climate effects mostly caused by others.

Still, we strongly echo the key essence of the Paris Agreement of sharing responsibilities for meeting the global emission-reduction goals.

This is demonstrated through finalization of Intended Nationally Determined Contributions (INDCs) by most of the parties representing SIDS, LDCs and developing countries, including Timor-Leste.

First and foremost, it is critical to implement the pre-2020 commitments under the Convention, both in terms of mitigation ambition and climate finance. The COP 22 needs to generate momentum for quick implementation following the decision of the Warsaw COP 2013.

Nationally Determined Contributions (NDCs) emerged as the centerpiece of global emission-reduction targets as outlined in the Paris Agreement. Adoption of the NDCs has ended the strict differentiation between developed and developing countries and created the common framework based on “common but differentiated responsibilities and respected capabilities.”

However, emission-reduction commitments pledged to date are inadequate to meet the 2-degree Celsius goals.

Timor-Leste being one of the lowest emitters of global GHG (only 0.003%) has already finalized its INDC. Our commitment toward GHG-emission reduction following the Article 4.6 of the Paris Agreement outlines an economy-wide approach of developing policies and strategies targeting low-emission, resilient growth.

While we are committed to doing our bit, we expect major emitters, both old and new, to enhance their emission reduction aspirations for reaching the global-temperature goals, preferably to 1.5-degree C.

Developing countries, particularly LDCs and SIDS, must be supported with dedicated financial and technical resources to achieve emission-reduction aspirations, while meeting economic and poverty-reduction targets.

Climate finance stands at the core of the concerns for the most vulnerable countries, including Timor-Leste, which being very minor emitters are already suffering the most from other’s emissions. Climate finance also needs to be based on fundamental economic principles, like the polluter-pays-principle (PPP).

Today many governments are applying PPP domestically, solid-waste management being a classic example. So why can not the same principle be used for GHG emission as argued by many scientists, including Nobel Laureate economists Joseph Stiglitz and Paul Krugman?

The agreed principles of climate finance, such as new and additional, adequate and predictable funding, needs to be realized in order to avoid double counting of ODA as climate finance.

The United Nations should accelerate its effort to strengthen capacities and facilitate climate finance access to turn the Paris Agreement aspirations into actions as well as to support the poorest and most vulnerable who are often the innocent victims, and it needs financing to this end.

The Paris Agreement rightly linked adaptation and climate finance to the level of mitigation and temperature rise. Ambitious mitigation targets will bring in the most adaptation benefits in the avoided form of loss and damage (L&D).

Timor-Leste, being one of the leads in L&D discussions, supports concrete outcomes on risk transfer, insurance and climate-induced displacement at COP22.

The Paris Agreement was adopted in tandem with the Sustainable Development Goals (SDGs), and efforts toward them need to be integrated and mutually reinforcing.

Building resilient societies that are better equipped to withstand climate and disaster risks, and protect people and planet, must be an integral component of development.

Global solidarity and a spirit of responsibility for global common goods will be key to translate the Paris Agreement into tangible reality and to keep the historic momentum created at Paris.