“Worst drought in living memory”, Thai farmers in the north 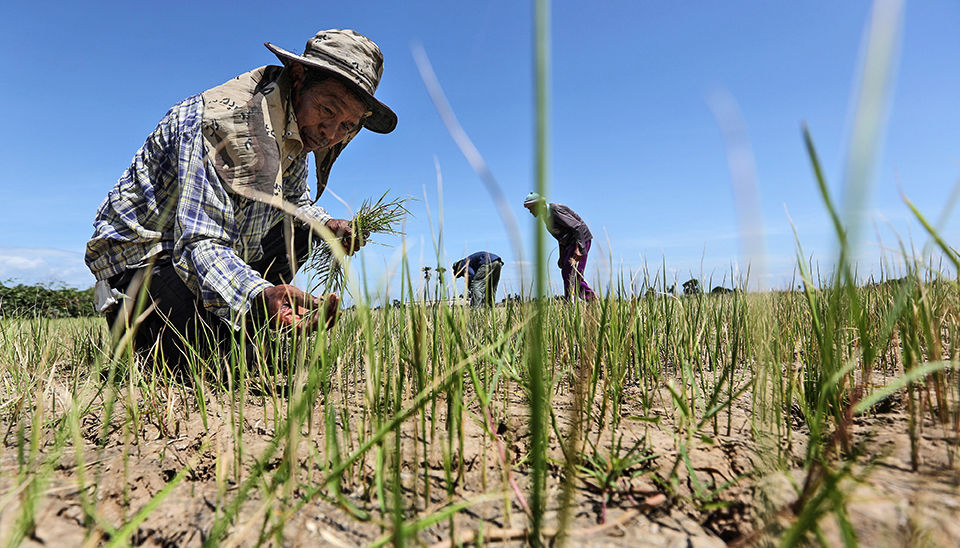 Parts of Thailand are facing their worst drought in 50 years. Farmers in some parts of the north and northeast say that the situation is the “worst in living memory”, as reported in Sanook.

Meanwhile, the Meteorological Department says Thailand will experience the worst drought in at least a decade, with average precipitation across large regions of the country falling far short of the monthly averages.

Sanook reports that rivers and reservoirs are 10% below the levels at the same time last year in Lamphun, just south of the north city of Chiang Mai. Farmers are being urged to be pro-active and collect any rainwater over the next two months because there is unlikely to be enough to go round from the usual irrigation sources in the region.

Sanook also reports that areas around Khon Kaen and Nakhon Ratchasima in Thailand’s north-east are also facing the worst drought in 50 years.

Water levels in large reservoirs stand around 38% capacity in the North, 33% in the North-east, 22% in the Central Plains, 35% in the East, 67% in the West, and 60% in the South, according to figures released by the Office of National Water Resources and published in the Bangkok Post.

In the tourist island of Phuket the three main catchments are all below 10-15% of their capacity as the annual wet season has provided little rain to start filling them up. The island is facing an acute water shortage for the tourist season at the end of the year.