What NE can learn from this Thai supermarket’s green initiative

Guwahati: While oceans are regularly coughing up tonnes of plastic dumped through years, a supermarket in Thailand has initiated a small yet significant step towards reducing single-use plastic-- using banana leaves instead of polythene for packing all fruits and vegetables.

While reaffirming us that sustainable living without excessive use of plastic is possible, this move also makes us reminisce about such green packaging which we ignore every day.

In Thailand’s Rimping supermarket, vendors have taken a sustainable step of substituting plastic bags with banana leaves and securing packages with a fiber thread or flexible bamboo rope. The step has received appreciation from across the globe, as use of leaves not just helps the environment, but also cuts down additional cost otherwise borne by the vendors. 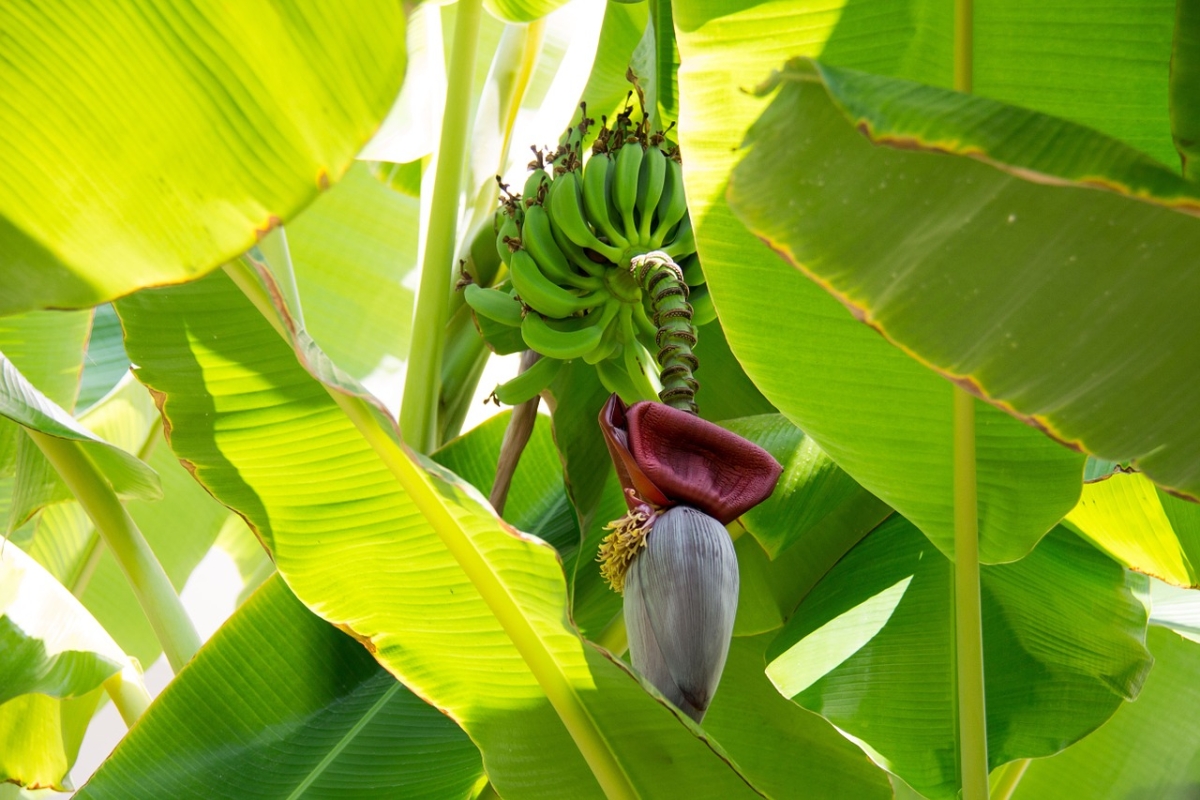 Banana plantations are in abundance in tropical countries and are available around the year; so, non-availability of the leaf is out of the question. And regions where it is not easily available, other biodegradable products such as turnip leaves, teak leaves can be used. Not just for packaging, but the disposable cutlery is swinging back to using leaves instead of plastic and Styrofoam for plates and bowls.

Use of leaves has been traditional since time immemorial. Both in Hinduism and Buddhism, banana leaves are used to offer food and pack food items. It’s not just about going green, but also due to the nutritional value, these leaves add when used to cook or as a plate. 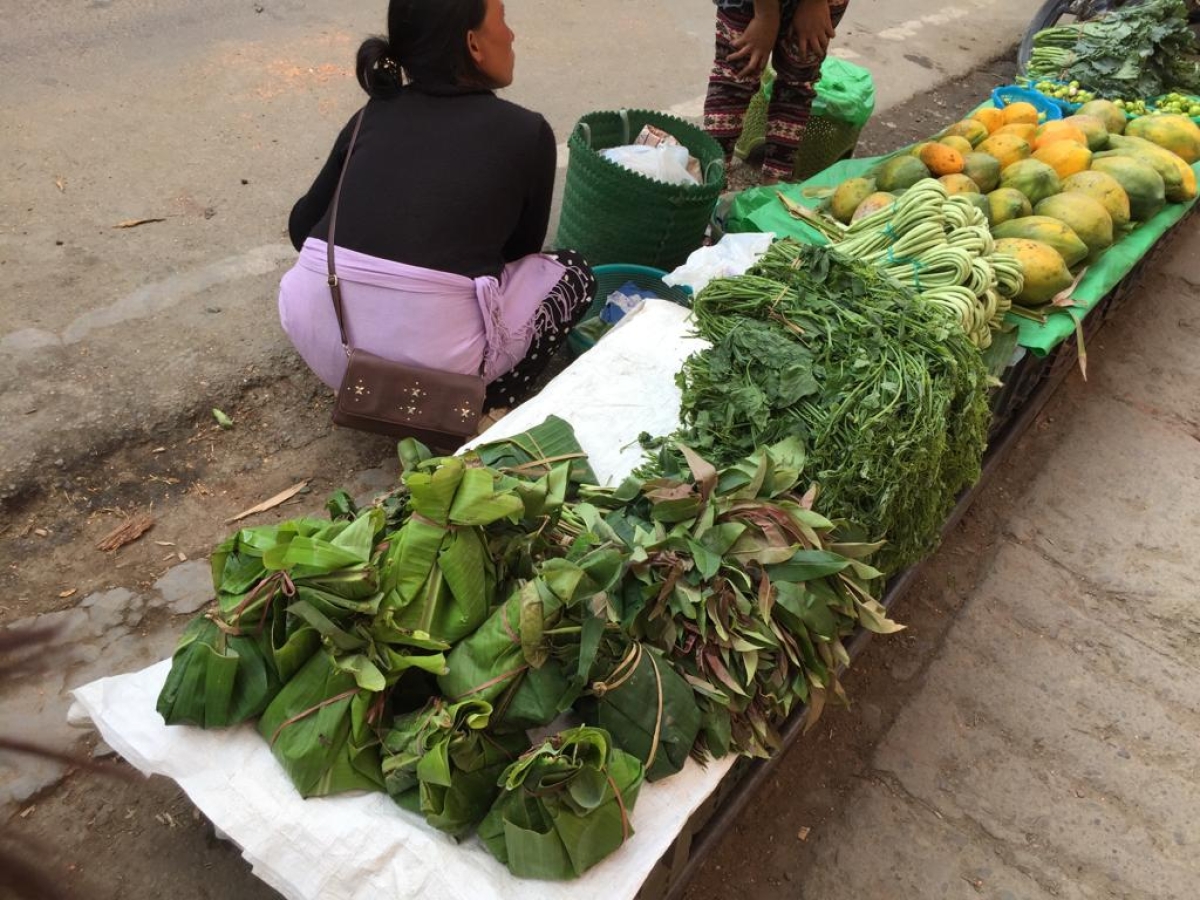 A vendor selling vegetables wrapped in banana leaves at a market in Kohima, Nagaland Medolenuo Ambrocia

In several parts of the world and in India, banana leaves and the likes have been used for packaging fruits and vegetables, takeaway food items and flowers. This practice is traditionally as well as religiously observed in many parts of the country, more so in Northeast India.

The usage of leaves for packaging must be widely promoted by the government and the civil society. It is high time the world takes switches to pack things in leaves and biodegradable products instead of plastic. The world is turning into a garbage dump, where no amount of land and water body can suffice, as plastic is not biodegradable.

In the year 2018, a whale in the Philippines starved to death because 88 pounds of plastic took up a substantial portion of its belly. Sea creatures get suffocated and choked to death due to all sorts of plastic waste. Meanwhile, on land too, about 90% of the landfills across the world are covered with non-biodegradable plastic.

The production of plastic started six decades ago revolutionized our lifestyles and since then, newer and more innovate ways of including plastic to improve our standard of living has come to be. Currently, every year more than 300 million tons of fresh plastic is produced and only around a 10% or less of it is recycled.

The United Nations Environment Programme estimated that by 2050, there will be about 12 billion tonnes of plastic across landfills, oceans and the environment. This will bring the planet to a severely alarming situation and then, sustainability of our planet will truly be a distant dream.

Frans Timmermans, the vice president of European Commission, recently declared war on the ‘single-use plastics’ saying that it takes five seconds to create one, are used for merely five minutes and take more than 500 years to break down. On January 1, 2018, China banned the imports of any form of plastic waste. The move by China was seen as a commendable effort by the environmentalists who hoped other countries will follow the same and learn to manage its own plastic trash or to stop the use of plastic at all.

In the long term, the issue needs to be solved, but at the initial by stopping the use of plastic especially single-use plastics can be a stepping stone.

Today, in many countries, there is a revolution where the use of plastic bags is charged. This has resulted in a decline in the usage of plastics. To further make this effort successful, one should use leaves or biodegradable products for packaging and reusable products in everyday use.

In India, the regular amount of plastic waste generated every day is around 26,000 tonnes, of which 40% go uncollected. This waste causes choking of drainage systems, pollutes rivers and lands, and open-air burning causing an adverse impact on the health of human and the environment.

A study by the Central Pollution Control Board (CPCB) conducted in 60 cities across India observed that major cities like Delhi, Chennai, Kolkata, Mumbai, and Bengaluru contribute for around 50% of the total plastic waste in the country. Observing this menace caused by plastic, India last year wholeheartedly committed to eliminating single-use plastic by the year 2022.

The first initiative by India towards regulation of plastic use happened in 2011 when the Indian government directly notified the Plastic Waste (Management and Handling) Rules, 2011. The policy directed at reducing the use of plastic bags by implementing a pricing mechanism for their use and also directed rules for recycling to the concerned authorities. These rules were replaced with stricter Plastic Waste Management Rules, 2016. These rules gave a complete ban on the use of plastics below 50 microns.

In Northeast India, the Nagaland government earlier in 2018 restricted the use of plastic in the state. As per the notification ruled out in 2018, all the single-use plastic items lesser than 50 microns were banned for use from December 1. The government has decided to use filtered water dispensers and installation of osmosis plants.

According to a study by the World Environment Day, Assam regularly generates 2.99 lakh kg of plastic waste. Of this, Guwahati produces 37,000 kilograms of waste -- a figure posing a major threat to the environment. Every often we see plastic bags, bottles, and plastic items being taken out from the drains across the city. Even so, we see an increase in the figures of plastic waste rather than a decline.

In 2016, scientists from the National Environmental Engineering Research Institute (CSIR-NEERI) conducted a study analysis on the increasing use and dump of municipal solid waste in 12 high-altitude cities across India. The study which included hills states of Meghalaya, Manipur, Arunachal Pradesh, Sikkim, Tripura, Manipur, Mizoram and also Assam found that the plastic composition of the garbage content is ‘tremendously high’.

The scientists suggested an efficient waste management system for the hill states whereby the composition of waste needs to be tracked effectively and designed a criteria for treating and disposing of the waste. Hiya Dhar of NEERI said that of all the hill states studied, Sikkim has the most effective policies to control and tackle plastic waste.

Sikkim was the first Indian state to ban the use of disposable plastic bags and promote single-use plastic bottles. In 2016, Sikkim banned the use as well as sale of disposables made from Styrofoam. The state has introduced significant innovations to conquer the Zero Waste policy. One such move is introduction of bamboo bottles in place of plastic bottles in Lachung village in North Sikkim.