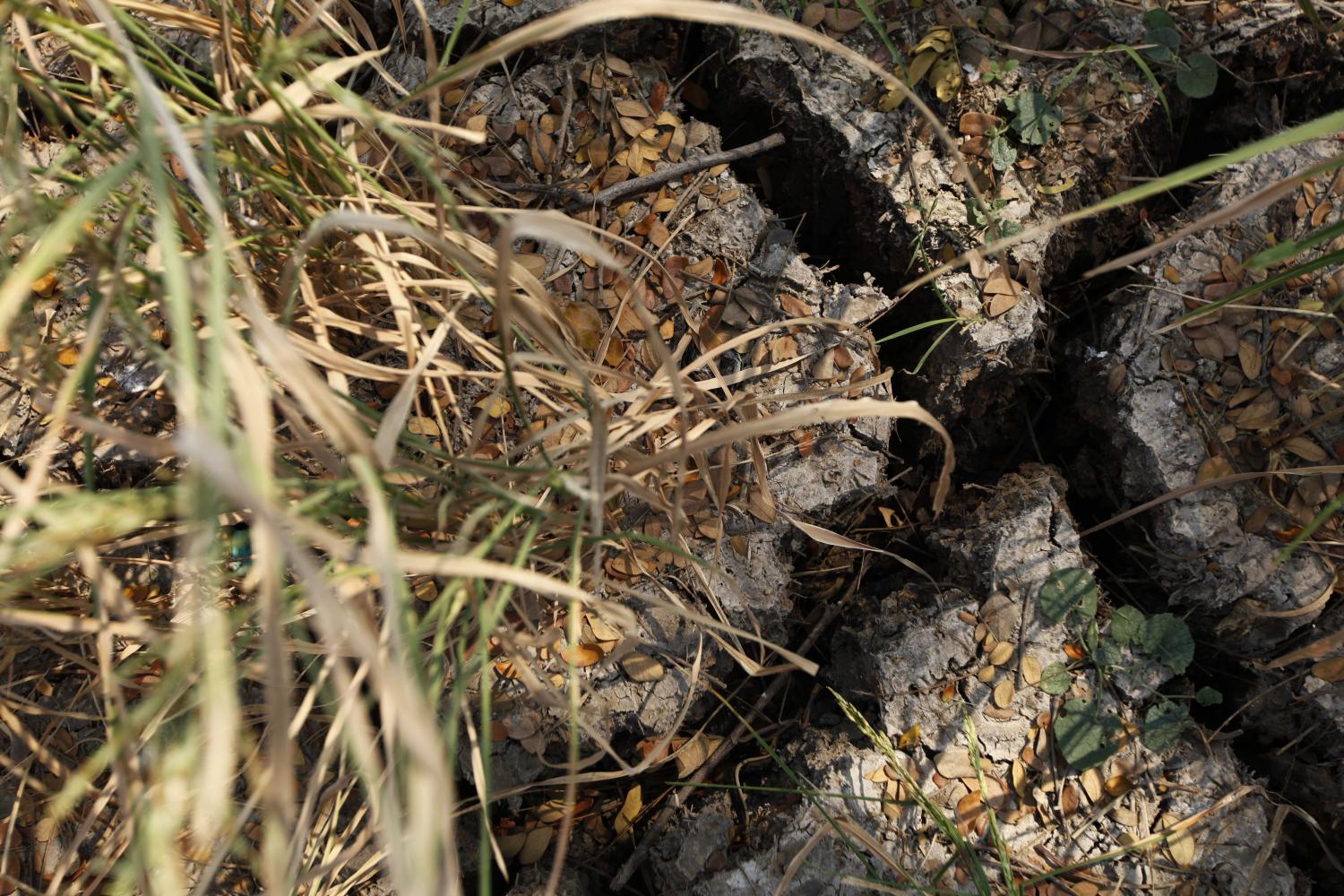 Cracks in a rice field show the effects of severe drought in Ayutthaya's Nakhon Luang district. The drought is the worst in decades.

Thailand has been hit with what may be its worst drought in 40 years, pummelling sugar production in one of the world's biggest exporters of the sweetener.

Sugar output may tumble about 30% to 9 million-10 million tonnes, while cane output is forecast to fall below 90 million tonnes from about 130 million in the previous season because of the dry weather, according to an industry body.

"It's worse than we thought," Sirivuthi Siamphakdee, vice-chairman of Thai Sugar Millers Corp, said yesterday. "This will likely be our worst season in five years."

The severe drought is adding pressure to Thailand's struggling economy and its agricultural sector, which employs 11 million people. It may also further raise global sugar prices that have surged about 35% in the last five months on concerns that adverse weather is threatening crops from India to Mexico.

Thailand's main economic crops -- rice, rubber, and sugar -- are already hurting from a long period of dryness. Adding to woes are the country's slowing exports, a delay in government budget spending and an 80% decrease in Chinese visitors, a top source of foreign receipts in an industry that makes up more than a fifth of the economy.

The 2020 drought is expected to cost the country 46 billion baht, or 0.27% of GDP, according to Bank of Ayudhya's Krungsri Research.

"Critically low levels imply the risk of water shortages in many areas," the bank said in a note. "The effects will be felt not just within the agriculture industry but also in the industrial sector."

Meanwhile, Gulf Energy Development Plc is confident that its power plants will be able to meet the 10% water reduction target set by the government in response to the ongoing drought.

The company said that in 2015 when the water shortage in rivers and dams was at a critical level, power plants in the group were able to manage water usage effectively.

Under current conditions, Gulf is confident of operating its plants effectively, the company said in a filing with the Stock Exchange of Thailand.

Gulf said it has prepared for such an event since 2019 and has had discussions with government agencies such as the Royal Irrigation Department and the Electricity Generating Authority of Thailand.

The company has also provided guidelines for water management in various industrial estates in which the company's power plants are located, instilling confidence in all parties that the industrial estates and factories will jointly manage the water shortage and have enough water until the rainy season.

The power plants have gradually stored water in reservoirs, up to full capacity at each reservoir. Gulf said the drought situation should not affect operating results and the overall operations of the group.

Aside from managing water resources, the small private power plants owned by Gulf can also sell electricity and steam to industrial customers continuously.

In 2020, the company plans to sell 6-7% of the electricity it generates to industrial customers, generating a stable income from both government and industrial clients.