'I try not to leave the house': Bangkok in grip of pollution crisis years in the making

Schools forced to close and residents fear for their health; experts say the government is doing too little too late. 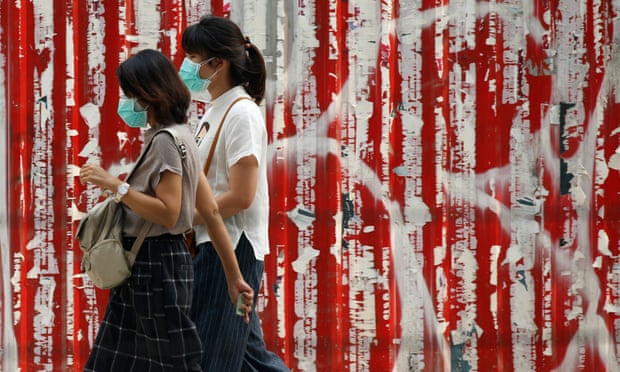 Suthasi hasn’t left the house in four days. But the 21-year-old law student isn’t buried under a pile of books, she is staying inside because she fears that breathing Bangkok’s toxic air will damage her health.

“When I look out of the window, it’s all blurred because of the dust, so I don’t want to breathe in that air. I eat what I have [at home]. I try my best not to leave the house,” she said, adding that the government had reacted too late with its new measures implemented on Wednesday.

Suthasi’s university Thammasat – like hundreds of schools around the Thai capital – has been closed over the past two days as a build-up of smog has choked the city.

Experts have blamed policy failures for the air quality crisis, as the government steps up efforts to combat the haze that has held the city in its grip for two weeks.

The smog is caused by a combination of factors, including fumes from traffic, construction sites and the burning of crop residues in Bangkok’sneighbouringprovinces. Weather conditions have exacerbated the crisis.

Although acknowledging the magnitude of the problem, the director of health at the ministry of health, Panpimol Wipulakorn, said the government had tried to tackle the issue. This included, she said, not allowing vehicles that produced particularly harmful smoke into the city and banning open fires in the region. 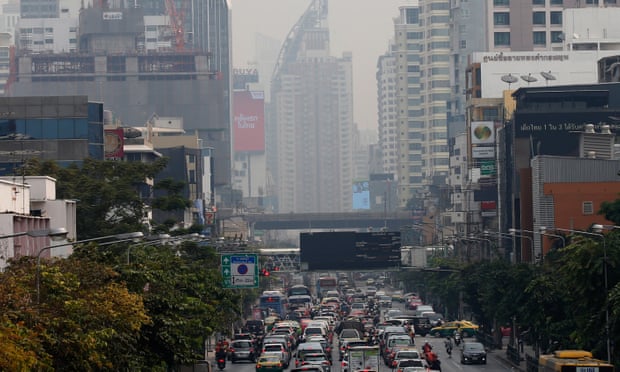 Traffic makes its way along a road as heavy smog lingers in the air in Bangkok. Photograph: Narong Sangnak/EPA

On Wednesday, the government also announced that it would use drones to spray water to wash down particles, and called on citizens not to use any incense sticks during upcoming Chinese New Year.

But independent researcher Veerachai Tanpipat said spraying water would not be effective as even real rain would not bring down all particles. “They are too small for water droplets to carry them all down,” he said.

“It is literally vital that the government takes decisive action to enforce pollution regulations. They are on the right track with efforts announced yesterday [on Wednesday], such as strict emissions enforcement, and they are looking at more urgent measures,” she said. “But while solutions like cloud seeding may provide temporary relief for larger particulates, it does not help reduce PM2.5.”

PM2.5 are small particles that cannot be filtered by ordinary masks and are harmful to the lungs. 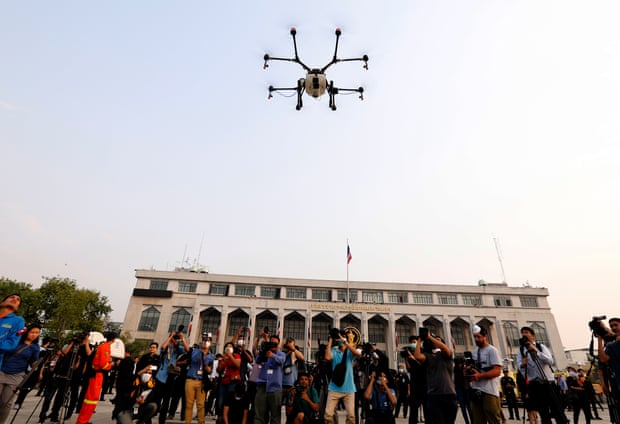 An officer from the Bangkok Metropolitan Administration uses agricultural drones to spray a water-based solution in the air during the operation in an attempt to ease the effects of heavy smog. Photograph: Narong Sangnak/EPA

Tanpipat attributed this month’s spike to inversion – a weather condition under which a layer of cold air is trapped near the ground by a layer of warm air – which caused the polluted air to stay in Bangkok instead of dispersing.

Yet, general air pollution levels in the capital had been “pretty bad” for a long time. To “ignore the issue”, he said, the government had adopted pollution limits that were double the World Health Organisation’s standards. “They claimed that air quality wasn’t an issue. But now they exceeded even Thai standards, so they had to admit that air quality was a problem,” he said.

According to Greenpeace Thailand country director, Tara Buakamsri, the government’s explanation that they had to adopt loose standards because the kingdom’s economy was developing was unconvincing. Other countries in the region with similar economic development statuses had adopted WHO standards or similar ones, he said.

Baird said that more effective measures had to be taken, such as educating people on alternatives to burning agricultural waste, properly enforcing regulations, and at least temporarily shut down those factories that were main contributors to the pollution.

The recently adopted measures would not help. “It will have no impact whatsoever,” he said. “If you have four years of failing to do absolutely anything, you can’t expect that you will have an impact two months before the elections. Holding out for good rain isn’t going to solve anything.”

When the smog eventually clears, Suthasi and her peers will have to take make-up classes for the canceled ones on the weekend, in the evenings, or during the holidays. But her main concern is that the smog will become a regular fixture in the city.

“If they do not do anything, it will come back next winter.”