Why hospitals in Asia need to be ‘climate-smart’

Hospitals in Asia must become climate-smart in an era of extreme weather patterns, or risk being unable to fulfill their missions of providing healthcare when they are most needed, say experts. 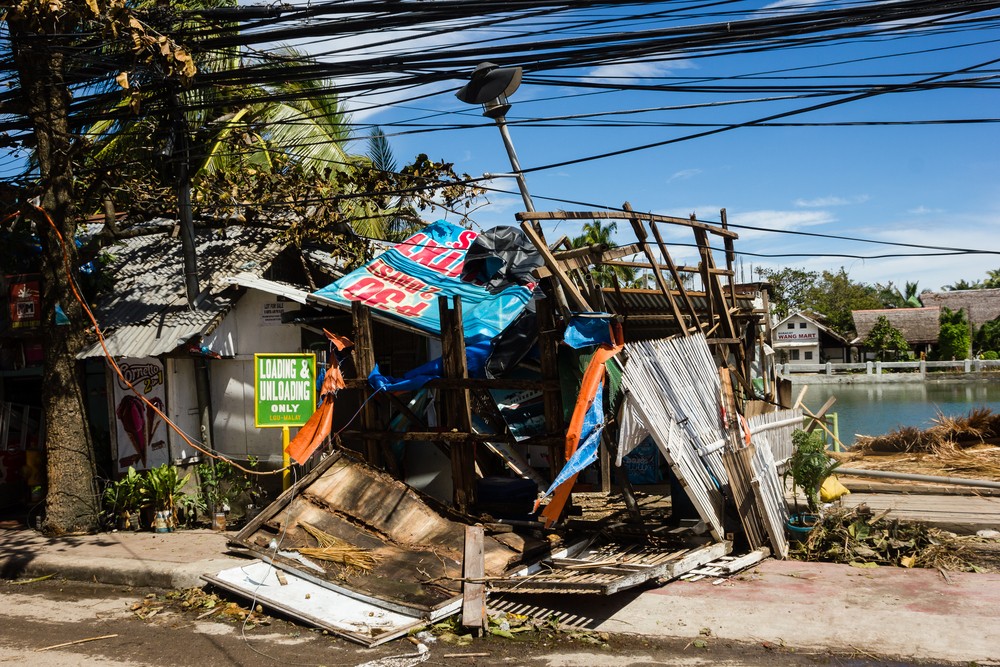 After Typhoon Haiyan ravaged the Philippines, the power sector was one of the hardest hit as 90 per cent of the transmission towers and electricity poles were either toppled or broken in the disaster region. Image: Richard Whitcombe / Shutterstock.com

When Typhoon Haiyan ripped through the island of Leyte in the Philippines in 2013, it destroyed the local power grid and left 300 towns and millions of residents without electricity for months, including small hospitals and health facilities.

One of these was Leyte’s Eastern Visayas Regional Medical Center (EVRMC), which had not been built to withstand a signal number 4 typhoon, the strongest storm category according to the Philippines’ storm ranking.

Learning from that experience, the EVRMC is switching to solar power to both reduce greenhouse gas emissions and ensure that it will continue to have a supply of much-needed electricity even after destructive natural events, said DrRenzo Guinto, doctoral student, and researcher at the Harvard T.H. Chan School of Public Health, in a recent interview with Eco-Business.

“Hospitals should invest in renewable energy because it ensures energy security when climate-related disasters strike while reducing greenhouse gas emissions that worsen climate change,” he said.

Becoming climate-smart is “a necessity” for hospitals in an era of extreme weather events, said Paeng Lopez, a campaigner from Healthy Energy Initiative Health Care Without Harm-Asia (HCWH), a US-based non-governmental organization that works to reduce the environmental footprint of healthcare worldwide. This is especially so given that Asia is home to some of the countries that are most vulnerable to the impacts of climate change.

In a report published last November, the 2018 Global Climate Risk Index of Germanwatch shows that six out of the top 10 countries most affected by climate change are from Asia.

Myanmar tops the list, followed by the Philippines, Bangladesh, Pakistan, Vietnam, and Thailand, for a total annual average loss of US$20 billion US dollars within the last two decades. 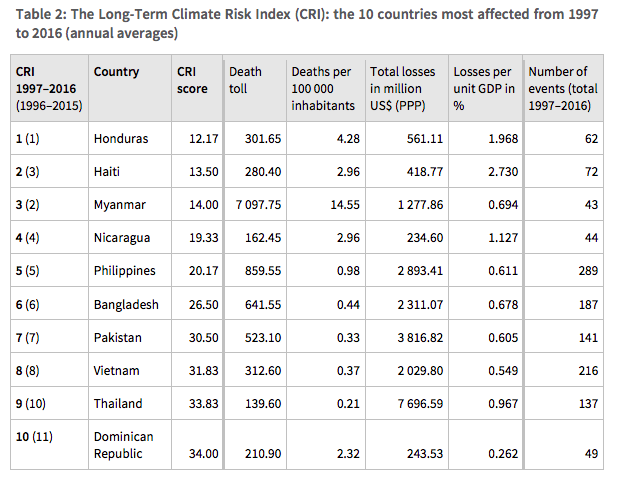 Said Lopez: “Natural disasters pose a huge threat to the way hospitals deliver services or procure provisions [such as water, food, medicines]. Ultimately, this translates into interrupted health service at a time when it is crucially needed.”

HCWH is encouraging hospitals to switch to renewable energy because it saves money, produces fewer emissions than fossil-fuel based energy, and ensures that hospitals have a source of energy at a potential time when traditional sources of energy fail, he added.

It is among the 10 goals HCWH has outlined in a publication released in February this year that called for hospitals and healthcare facilities to promote health while but also protecting the environment.

One hospital that is heeding the call to become climate-smart is the Yonsei University Health System in Seoul.

Water security had been a major issue in 2000 and ensuring there was enough water for toilets, watering the gardens and drinking had been costly, said DrDong Chun Shin, director of the department of preventive medicine and institute of environmental research at Yonsei University College of Medicine.

That prompted the hospital to invest in a 695 million Korean won ($650,000) water recycling system that today has proven to be a good investment for the cost savings it provides and reduction in water use.

Yonsei was the first hospital in South Korea to take climate change mitigation seriously, and today has converted all its lighting to LED, uses energy-efficient motor equipment and raw energy glasses to stop energy loss and noise, and is powered partially by renewable energy.

Speaking to Eco-Business about the hospital’s progress in becoming more sustainable, Dong noted: “The medical sector does not think about greening or the climate. It thinks about technology and patient care first.”

For its part, the St. Paul Hospital in Cavite, Philippines proves it not necessary to be a big hospital in order to be climate-smart.

Owned and managed by nuns from the Catholic order of St Paul, the hospital serves mainly poor local families. The hospital’s administrator, Sister Arcelita Sarnillo, told Eco-Business that staff harvest rainwater for use within the hospital and treat wastewater with an aerating device called an ozonator instead of chlorine. Recyclable waste such as plastic bottles are sold for additional revenue.

“If we don’t manage our hospital waste, patients will be re-infected and our doctors and staff will likewise be at risk,” Sarnillo said. “As a hospital system, waste advocacy should be a way of life.”