Waste not, want not in SE Asia 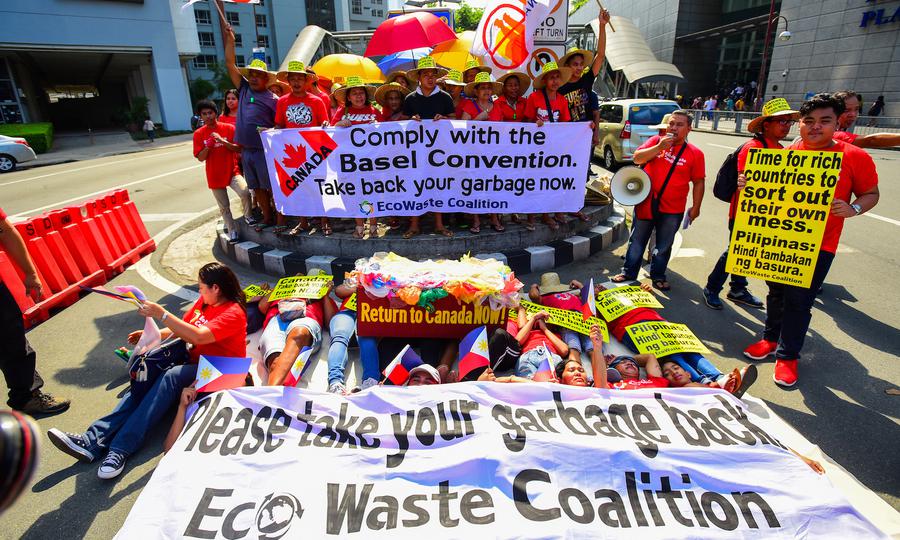 Activists from EcoWaste protest outside the Canadian embassy in Manila on May 21, 2019, to push the Trudeau government to speed up the removal of waste from Manila and Subic ports. Photo: AFP / Maria Salvador Tan

Environmental groups are calling strongly for national leaders to stop fast rising shipments of plastic and electronic waste to the region.

Southeast Asian civil society groups are calling on regional leaders to ban immediately the dumping of foreign plastic and electronic waste in the region.

The appeal was made at a press conference in Bangkok as officials prepare to host the 34th Association of Southeast Asian Nations (ASEAN) summit in the Thai capital this weekend.

Greenpeace Southeast Asia led the call with advocates from Malaysia, the Philippines, and Thailand saying ASEAN leaders need to adopt “bold and visionary regional policies to immediately ban the flow of foreign plastic waste and e-waste entering the region.”

“Plastic and electronic waste are traded using loopholes in regulations under the guise of ‘recycling’ and ‘recovery’ of raw materials. However, much of the imported waste ends up in landfills or is burnt at illegal sites, posing a threat to people and the environment,” Guerrero said.

Malaysia, Vietnam, and Thailand have reportedly been hit hardest by the Chinese ban, while Malaysia has started to return some waste to the United States and the United Kingdom after receiving more than 870,000 tons last year. 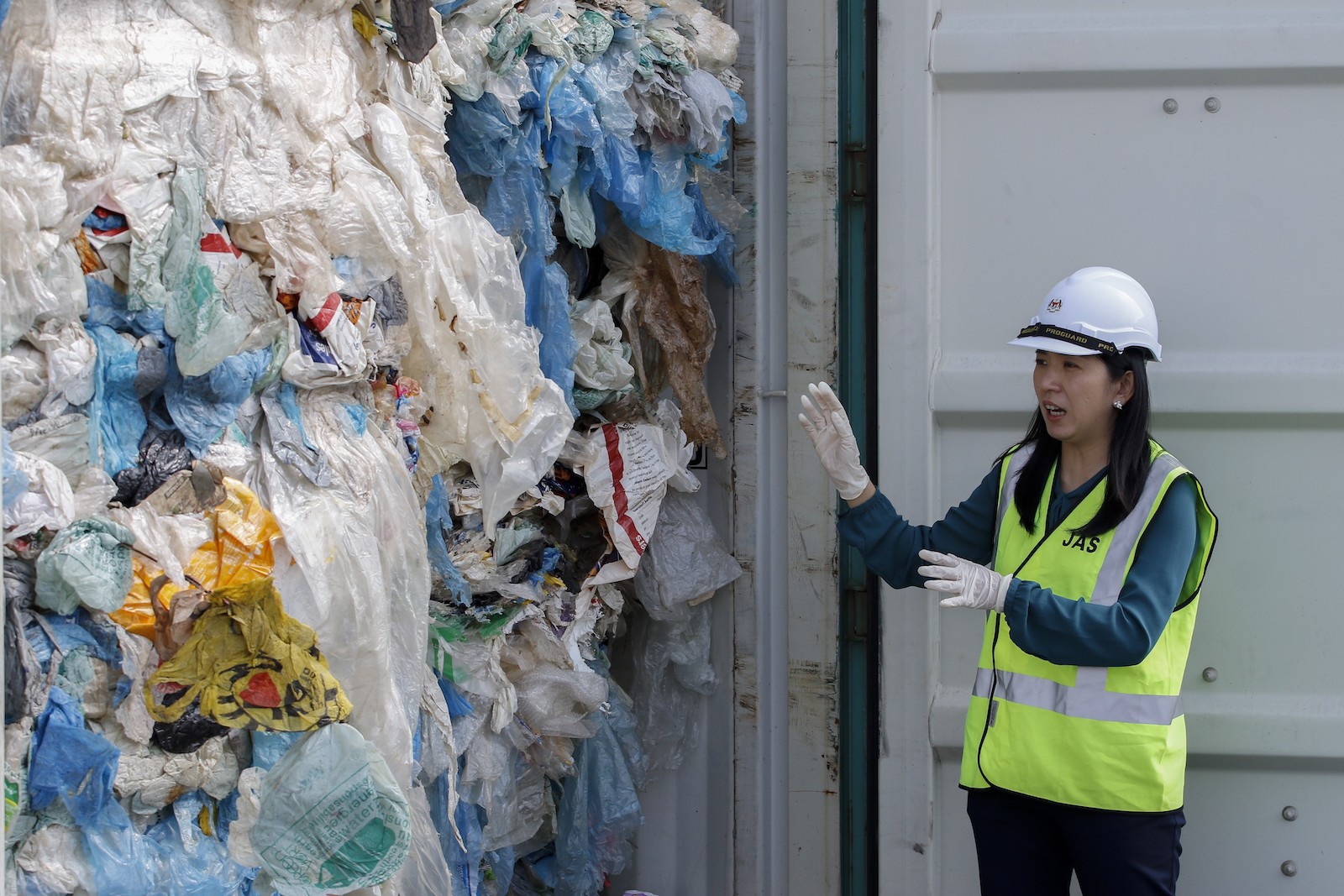 Malaysia’s Minister for the Environment and Climate Change Yeo Bee Yin shows plastics waste shipped from Canada before it was sent back on May 28, 2019. Photo: AFP via Andalou/Adli Ghazali

Some of the waste sent to Malaysia had ended up in abandoned buildings, Greenpeace campaigner Heng Kiah Chun said. That prompted Prime Minister Mahathir Mohamad’s government to vow to send back 3,000 tons of plastic waste to the countries of origin.

“This is an ASEAN problem. All countries need to make an urgent joint declaration to end the trade in plastic waste imports from abroad, and put in place systems to support a sustainable plastic-free world,” Heng Kiah Chun said. Greenpeace has launched a petition called “No space for waste” and wants leaders attending the summit in Bangkok to set up a regional policy to massively reduce the production of single-use plastic packaging and products, and move to reusable packaging and alternative delivery systems.

Penchom Saetang, director of the Ecological Alert and Recovery Thailand (EARTH) group, said people in Southeast Asia were paying an “incalculable” cost in terms of loss of health, clean drinking water, and land from the waste imports.

“If ASEAN leaders accept responsibility for developing sustainable security and a green economy in line with our region’s commitment to Agenda 2030 – to ‘leave no one behind’ – then welcoming plastics and electronic waste from abroad in the name of development must urgently end,” she said.

Much of Thailand’s waste imports arrive at Laem Chabang port in Chonburi province, at the top of the Gulf of Thailand, posing a risk both to local populations as well as the money-spinning seaside tourism industry, Penchom said.

Penchom said there were reports that Thailand’s government was looking to ban over 400 types of electronic waste next month, but with a new government yet to fully take office they did not know if and when it would happen.

Indeed, there is no certainty that ASEAN leaders will even discuss the issue this weekend. Tara Buakamsri, country director of Greenpeace in Thailand, noted that the issue of waste imports is currently not on the agenda for the summit in Bangkok.

Indonesia has been less affected by the problem because it does not allow foreign waste imports. However, the country does allow imports of scrap paper and a recent load from Canada was found to be contaminated by plastic, rubber, and diapers. That led to five containers of about 100 tons of waste being sent back across the Pacific.

The Philippines, meanwhile, had a long-running spat with Canada over an estimated 2,500 tons of household waste that were marked as recyclable materials and delivered by a private company between 2013 and 2014.

After negotiations with Ottawa failed to achieve a prompt resolution, President Rodrigo Duterte recalled the Philippine ambassador from Ottawa and said in May his government would hire a private shipping company to send many of the containers of garbage back.

That prompted the Justin Trudeau government to intervene, vowing to pay for the waste to be sent back promptly.

Ottawa said no permits had been issued to Canadian companies to ship trash overseas since regulations were amended in 2016, requiring exporters to get permits to ship waste that other countries would consider hazardous.