The case of South China Sea 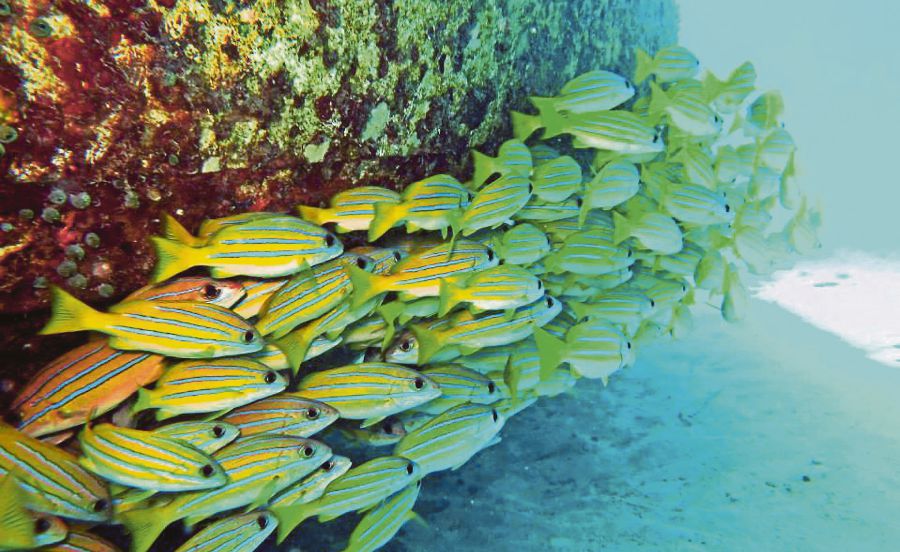 Despite multilateral regional cooperation on marine protection, there is no overarching regional convention or institution governing the management of shared marine environment. FILE PIC

MARINE environmental protection and management is an important aspect of climate change adaptation. Coastal and marine habitats, especially coral reefs and wetlands, are bastions against waves, erosion and flooding that are predicted to get more frequent and intensified.

A report published in the Proceedings of the National Academy of Sciences this month confirms this observation by concluding that marine reserves are capable of mitigating and promoting climate change adaptation. At the same time, however, they stand extremely vulnerable to climate-induced sea warming.

While most countries already put some marine protection measures in place, the management of shared marine environment, especially in contested areas, like the South China Sea, is less clear. A recent study published in March shows that 40 per cent of coral reefs in Pratas Islands at the northern part of South China Sea were bleached due to a rise in sea surface temperature in the area during the El Niño in June 2015.

Regional mechanisms for the protection and management of shared marine environment need to be strengthened, notwithstanding conflicting jurisdictional and territorial claims.

The cooperation on marine protection and conservation in the region is, at the same time, a fulfilment of environmental obligations and a strategy to manage the tension in the South China Sea. The cooperation of states bordering enclosed or semi-enclosed seas, under which the South China Sea is categorised, is called for in Article 123 of the United Nations Convention on the Law of the Sea.

While the convention provides the legal basis for regional marine cooperation, countries in Southeast Asia had begun such collaborations even before the signing of the convention in 1982.

In 1981, Indonesia, Malaysia, the Philippines and Thailand adopted the United Nations Environment Programme (UNEP)-led Action Plan for the Protection and Development of the Marine and Coastal Areas of the East Asian Region. The Coordinating Body of the Seas of East Asia was established to support the policy and financial sides of the initiative.

Numerous cooperation, including the Partnerships in Environmental Management for the Seas of East Asia and the UNEP/GEF Project (2002-2008), have sprung up afterwards.

The South China Sea disputes, indeed, provide additional impetus for marine protection cooperation in the region. It is generally believed and agreed that forging partnership on less politically-sensitive issues will open doors for dialogues and confidence-building measures.

Indonesia has taken the lead in materialising this concept by organising the Workshop on Managing Potential Conflict in the South China Sea since 1990.

At the Asean level, the need to strengthen regional cooperation on the protection and management of marine and coastal environment is called for in the Hanoi Plan of Action (1999-2004).

Asean member states have also designated Marine Protected Areas (MPAs) in their own territories. Despite multilateral regional cooperation on marine protection, there is no overarching regional convention or institution governing the management of shared marine environment.

Existing mechanisms function mostly as a norm-setter through the creation of frameworks, guidelines, action plans and criteria, and capacity building platform through collaborative study, data collection and knowledge sharing.

In principle, the existing mechanisms rely on individual states to voluntarily implement the regional initiatives. While this arrangement may work for now, the pressing climate change issues may necessitate a levelling-up of cooperation.

In as much as marine environment cooperation has been useful in building communication among concerned states, the bigger South China Sea issues have unfortunately hampered the zonation of the Spratlys as an MPA.

The apprehension towards establishing collaborative marine environment management in the disputed areas may pose a bigger challenge especially if incidents requiring a response, such as the ramming of Indonesia’s Raja Ampat’s coral reefs by a British-owned cruise ship in March this year, take place there.

The absence of regional regulations and response mechanisms for habitats and resources in transboundary waters, therefore, would likely jeopardise national climate adaptation efforts aimed at contributing to the resilience of regional marine environment in the first place.

The issue is becoming even more pressing now that President Donald Trump has pulled the United States out of the Paris Agreement.

It is timely to enhance regional marine environmental protection and re-examine these options more closely.