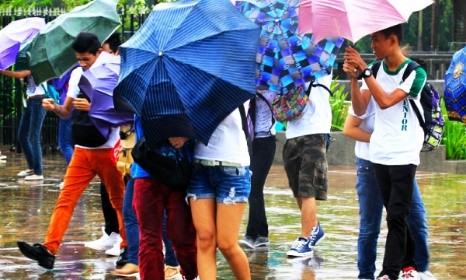 Asean today is facing its biggest challenge due to climate change and demands for a much stronger response than what the regional bloc is currently offering.

Southeast Asia faced its worst weather calamities in the last decade, costing the region tens of thousands of lives and more than US$4 billion (RM12.8 billion) annually, an NGO group revealed today.

The coalition Asean For a Fair, Ambitious and Binding Global Climate Deal (A-FAB), composed of Oxfam, Greenpeace Southeast Asia and EROPA expect worsening of such trends due to climate change.

The call for Asean action was made during the policy brief, “Weathering Extremes: The need for a stronger Asean response”.

“The brief details the effects of climate-related disasters and what actions Asean needs to take to curb these impacts.

The launch in Manila took place today, a day before the United Nations Climate Summit in New York where more than 120 heads of states are expected to give bold commitments on climate change response.

A-FAB said Asean leaders needed to speak as one voice for the region to demand a fair, ambitious and binding global climate deal, and for financing for adaptation as well as loss and damage.

The CEO of Myanmar Climate Change Watch Dr Tun Lwin, who is also author of the paper, said climate change was no longer an issue of individual countries, but an issue of the entire region.

“Extreme weather events are increasing in the region, and we all suffer from its impact. I think this should be a call for us to work together.”

Policy and Research Coordinator of Oxfam’s East Asia Grow campaign Riza Bernabe said what was happening in Myanmar and throughout Southeast Asia underscored the importance of Asean action on climate change.

“With agriculture threatened by climate change, livelihoods of millions of poor families are at risk. There will be significant effects on food security.

“We should not wait until it is too late to act,” she said.

She said governments should phase out subsidies on fossil fuels and instead work towards transitioning to low-carbon renewable energy.

Soriano added Asean could not continue with a business-as-usual scenario if it wanted to ensure its safety and that of future generations.