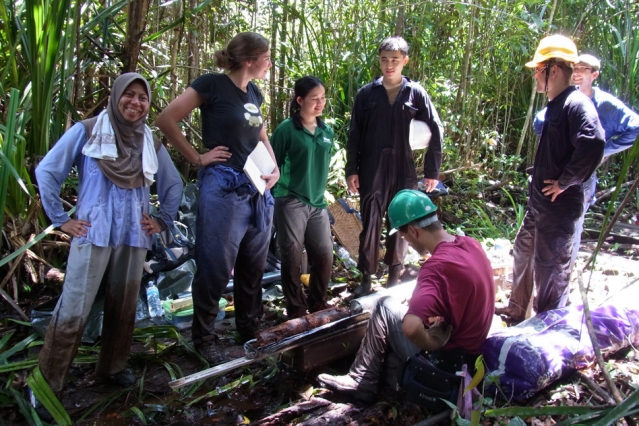 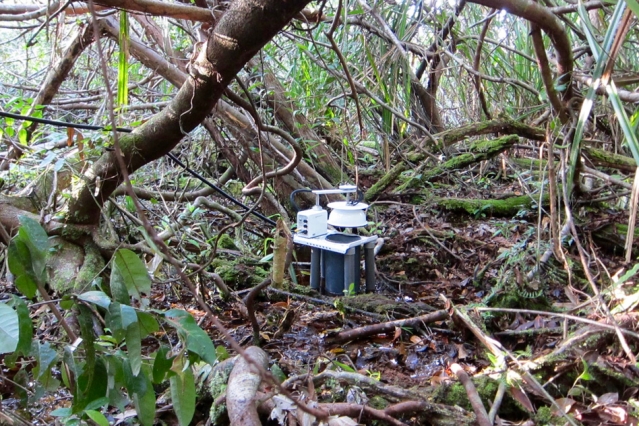 The researchers were able to see how peatlands function under normal conditions, to provide a baseline for better understanding as the lands change.

Tropical peat swamp forests, which once occupied large swaths of Southeast Asia and other areas, provided a significant “sink” that helped remove carbon dioxide from the atmosphere. But such forests have been disappearing fast due to clear-cutting and drainage projects making way for plantations. Now, research shows peatlands face another threat, as climate change alters rainfall patterns, potentially destroying even forested peatlands that remain undrained.

The net result is that these former carbon sinks, which have taken greenhouse gases out of the atmosphere, are now net carbon sources, instead accelerating the planet’s warming.

The findings are described this week in the journal Proceedings of the National Academy of Sciences, in a paper by MIT Professor Charles Harvey, research scientist Alexander Cobb, and seven others at MIT and other institutions.

“There is a tremendous amount of peatland in Southeast Asia, but almost all of it has been deforested,” says Harvey, who is a professor of civil and environmental engineering and has been doing research on that region for several years. Once deforested and drained, the peatland dries out, and the organic (carbon-containing) soil oxidizes and returns to the atmosphere. Sometimes the exposed peat can actually catch fire and burn for extended periods, causing massive clouds of air pollution.

Tropical peatlands may contain as much carbon as the amount consumed in nearly a decade of global fossil fuel use, and raging peat fires in Indonesia alone have been estimated in some years to contribute 10 to 40 percent as much greenhouse gas to the atmosphere as all the world’s fossil fuel burning. Tropical peatlands, unlike those in temperate zones that are dominated by sphagnum moss, are forested with trees that can tower to 150 feet, and peat fires can sometimes ignite forest fires that consume these as well. (Peat that gets buried and compressed underground is the material that ultimately turns to coal).

A team of researchers from MIT, Singapore, and Brunei has located what might be the last undisturbed peat swamp forest in Southeast Asia, on the island of Borneo.

Harvey and his team have found one of the last undisturbed tropical peat forests, in the nation of Brunei on the island of Borneo. “We found this site that still has peat growing,” he says, partly because that petroleum-rich nation has been able to resist the economic draw of the palm-oil market. “It is remarkable how much the peat forests are just gone everywhere else.”

By studying this undisturbed tract, he says, the researchers were able to see how peatlands function under normal conditions, to provide a baseline for better understanding as the lands change. “The long-term motivator for this work,” he says, is that “if we could understand how these peat forests actually accumulate peat, maybe we could preserve some of them or regenerate peat forest on damaged land.”

In order to get accurate ongoing measurements of conditions in the peatland, from the water table on up to the forest canopy, the team built an observation tower by taking sections of old, kilometer-long oil pipeline and pounding them vertically deep into the soft ground. Getting into the site from the coast to collect data and maintain the facility required a long boat trip along a crocodile-inhabited river followed by an hours-long trek through the forest.

When peatland forests are cut down and drained, the water table in the area drops. But most of these peatlands, Harvey says, “are pretty close to sea level. By midcentury, that land may be lost” due to sea-level rise. Encroachment of saltwater into peatland that had formerly been saturated with freshwater could kill off trees and other vegetation. In addition, changes in rainfall patterns that may occur as a result of climate change — with rainfall more concentrated in rainy and dry seasons rather than evenly distributed — could kill off many of the trees that dominate these lands. 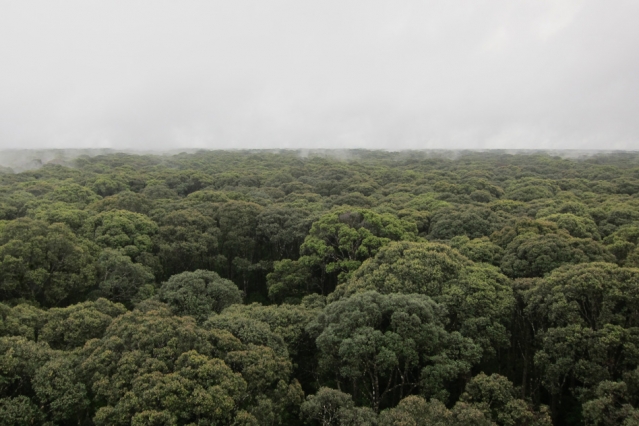 The study revealed significant aspects of the way peatlands form and grow that could be important for evaluating future effects of climate change or land-use changes. For example, they found that the peat forms domes whose growth is greatest at the center and tapers off toward the edges. That means that if measurements of peat accumulation were taken near the center and used to extrapolate an overall accumulation rate, that could result in a severe overestimate of that area’s ability to sequester greenhouse gases.

The team obtained these results by constructing a quantitative model for the balance of carbon uptake (due to photosynthesis) and carbon loss (due to microbial respiration of the peat soil). When these fluxes are balanced, the peatland is at equilibrium, neither growing nor subsiding. Photosynthetic productivity of peat swamp forests is relatively constant, but the net loss of carbon from the underlying peat depends strongly on the depth of the water table, which rises and falls with rainfall and discharge from the peatland into rivers. The new study describes how peatlands evolve toward a specific dome-shaped topography that sheds water to rivers at a rate such that the carbon loss matches the carbon uptake, and the peatland reaches a stable shape.

This particular peat forest, Harvey says, has an upper canopy made up almost entirely of one species of 150-foot trees, known as Shorea albida, with other species about half that height making up a second, lower canopy. Those trees bore seeds two years ago, he says, but nobody knows how often they do so, and some species can go multiple decades between seed-producing years, so there’s no way to know how long it may take for these peatlands to expand or regenerate.

“This is a very important paper,” says Nigel Roulet, a professor of biogeoscience and chair of the Department of Geography at McGill University in Montreal, who was not involved in this work. “It’s a paper that will help with the development of management strategies for one of the last great carbon deposits in the world that we want to keep out of the atmosphere.”

Roulet points out that “one-third of all the carbon that has gone into the atmosphere since the 1700s is from land-use change,” at locations including these tropical peat lands, which contain “so much carbon that it’s globally significant.” Figuring out how to restore such tropical peatlands, which requires understanding how they form and grow, is key to trying to reverse some of these changes, he says.

The research team included graduate student Alison Hoyt at MIT, Laure Gandois at the University of Toulouse, Jangarun Erl of the Forestry Department in Brunei, Rene Dommain of the Smithsonian Institution in Washington, Kamariah Abu Salim of the University of Brunei Darussalam, Fuu Ming Kai of the Center for Environmental Sensing and Modeling of the Singapore-MIT Alliance for Research and Technology (where lead-author Cobb is now based), and Hur Sallah Haji Su’ut of the Brunei Darussalam Heart of Borneo Center. The work was supported the National Research Foundation Singapore through the Singapore-MIT Alliance for Research and Technology, the Environmental Solutions Initiative at MIT, and the National Science Foundation.