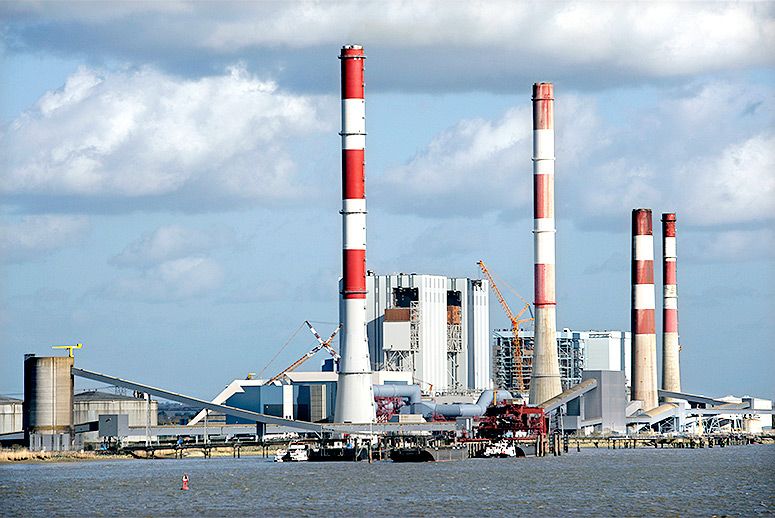 The record heat waves and devastating droughts that accompany climate change could also hurt the world’s electricity production, according to a new study.

As temperatures warm and drought periods grow longer and more severe over the next 50 years, the water levels in rivers and lakes are expected to fall.

For 98 percent of the world’s power plants, that’s a problem that could result in a 30 percent decrease in electricity production in some months at most power stations.

Natural water flow is needed to generate energy from hydroelectric plants, and cold water is essential for cooling at any thermal power plant—nuclear, natural gas, biomass, or even a solar power plant that uses the sun to convert water into steam to drive a generator.

In the study, published in the journal Nature Climate Change, researchers looked at 1,400 thermoelectric power plants and more than 24,000 hydropower plants worldwide. The paper expanded on previous research that showed reduced summer water availability and higher water temperatures associated with climate change could result in significant reductions in electricity production in Europe and the United States.

The U.S., southern South America, southern Africa, central and southern Europe, Southeast Asia, and southern Australia are all vulnerable regions, said Michelle van Vliet, IIASA researcher with the International Institute for Applied Systems Analysis and a study coauthor, “Declines in mean annual stream flow are projected, combined with strong increases in water temperature under changing climate—and the hotter the water, the less effective it is as a coolant,” she noted. “This reduces the potential for both hydropower and thermoelectric power generation in these regions.”

“We clearly show that power plants are not only causing climate change, but they might also be affected in major ways by climate,” said study coauthor Keywan Riahi, energy program director at IIASA.

Riahi said reductions in electricity production capacity are likely at more than 60 percent of power plants worldwide by 2050.

“I was most surprised about the possible magnitude of the impacts for fossil and nuclear power plants when looking at the results for specific months,” he said. “For two-thirds of these plants globally, our study shows that there will be months where losses in generation capacity are greater than 30 percent by the 2050s. This is quite significant.”

The researchers said hydropower plants need to adapt by increasing energy efficiency by 10 percent to offset expected water flow reductions. Nuclear and fossil fuel plants can switch from freshwater-dependent cooling to air cooling, or—where possible—seawater cooling. Another option, which Riahi said the study didn’t look into, is to scale up renewables such as wind and photovoltaic solar that do not contribute to the carbon emissions influencing climate change or use much water.

Photovoltaic power stations such as Arizona’s 290-megawatt Agua Caliente project deploy tens of thousands of solar panels like those found on residential rooftops that convert light directly into electricity. Water is only used to wash the dust off the panels.

“In order to sustain water and energy security in the next decades, [power plants] will need to increase their focus on climate change adaptation in addition to mitigation,” van Vliet said.