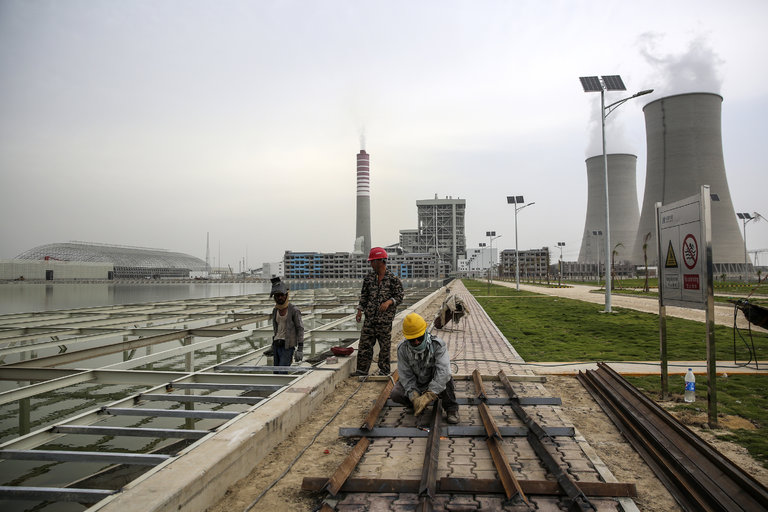 When China halted plans for more than 100 new coal-fired power plants this year, even as President Trump vowed to “bring back coal” in America, the contrast seemed to confirm Beijing’s new role as a leader in the fight against climate change.

But new data on the world’s biggest developers of coal-fired power plants paints a very different picture: China’s energy companies will make up nearly half of the new coal generation expected to go online in the next decade.

These Chinese corporations are building or planning to build more than 700 new coal plants at home and around the world, some in countries that today burn little or no coal, according to tallies compiled by Urgewald, an environmental group based in Berlin. Many of the plants are in China, but by capacity, roughly a fifth of these new coal power stations are in other countries.

Over all, 1,600 coal plants are planned or under construction in 62 countries, according to Urgewald’s tally, which uses data from the Global Coal Plant Tracker portal. The new plants would expand the world’s coal-fired power capacity by 43 percent.

The fleet of new coal plants would make it virtually impossible to meet the goals set in the Paris climate accord, which aims to keep the increase in global temperatures from preindustrial levels below 3.6 degrees Fahrenheit.

Electricity generated from fossil fuels like coal is the biggest single contributor globally to the rise in carbon emissions, which scientists agree is causing the Earth’s temperatures to rise.

“Even today, new countries are being brought into the cycle of coal dependency,” said Heffa Schücking, the director of Urgewald.

The United States may also be back in the game. On Thursday, Mr. Trump said he wanted to lift Obama-era restrictions on American financing for overseas coal projects as part of an energy policy focused on exports.

“We have nearly 100 years’ worth of natural gasand more than 250 years’ worth of clean, beautiful coal,” he said. “We will be dominant. We will export American energy all over the world, all around the globe.”

The frenzied addition of coal plants underscores how the world is set to remain dependent on coal for decades, despite fast growth in renewable energy sources, like wind and solar power.

In China, concerns over smog and climate changehave prompted a move toward renewables, as have slowing economic growth and a gradual shift in the Chinese economy away from heavy manufacturing and toward consumer industries. The addition of domestic capacity, though large on paper, does not mean there will be growth in coal consumption. The current coal plants are operating far below capacity because demand for coal-generated power has slowed considerably.

But overseas, the Chinese are playing a different game.

Shanghai Electric Group, one of the country’s largest electrical equipment makers, has announced plans to build coal power plants in Egypt, Pakistan and Iran with a total capacity of 6,285 megawatts — almost 10 times the 660 megawatts of coal power it has planned in China.

The China Energy Engineering Corporation, which has no public plans to develop coal power in China, is building 2,200 megawatts’ worth of coal-fired power capacity in Vietnam and Malawi. Neither company responded to requests for comment.
Of the world’s 20 biggest coal plant developers, 11 are Chinese, according to a database published by Urgewald.