Singapore has declared 2018 the year of climate action—so why are its banks still funding coal?

2018 is officially the year of climate action in Singapore, and yet the country’s powerful banks are bankrolling huge, greenhouse gas-producing coal-fired power stations in Asia Pacific, a report has found. 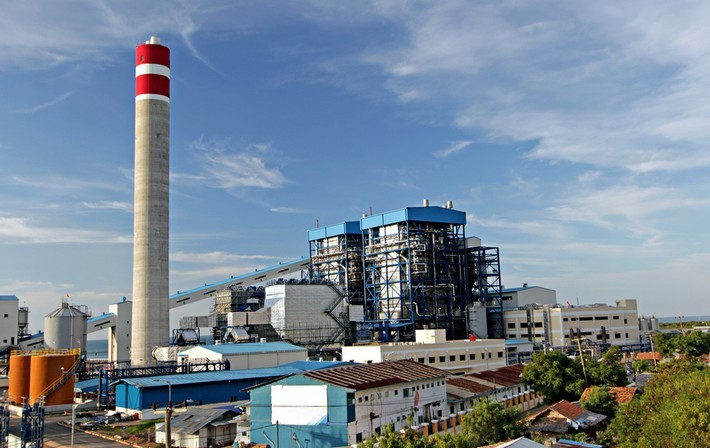 Singapore banks are bankrolling fossil fuel power projects that are at odds with public promises to fight climate change, a report from Market Forces has found.

“Banks have a pivotal role to play in determining our energy mix, but despite the fact that globally, investment in new renewable energy is outstripping that for fossil fuels, Singaporean banks remain heavily skewed in favor of polluting power,” commented Market Forces executive director Julien Vincent.

“If the world is to meet the agreed goal of keeping global warming to less than 2ºC, 80 percent of existing fossil fuel reserves cannot be burned. Financing new coal-fired power stations simply off the cards,” he said.

Global lenders such as HSBC, Deutsche Bank and Credit Agricole, and a growing number of banks in Europe and the United States have made public pledges to restrict lending to coal, which is the world’s biggest contributor to greenhouse gas emissions.

No such commitments have been made in Southeast Asia yet, where fossil fuels are seen as a reliable way to feed the region’s energy demand, which is predicted to rise by more than 80 percent over the next 20 years, and where renewable energy remains a relatively untested part of the energy mix.

OCBC, Southeast Asia’ssecond largest bank, is the biggest backer of coal, supporting 14 projects over the last five years worth $1,142 million, according to Market Forces’ research.

The biggest of these was a $195 million loan for the 2000 megawatt Tanjung Jati B coal-fired power plant in Indonesia, construction for which began last year.

The region’s largest bank, DBS, was involved in 12 deals worth $885 million since 2012, five of which also involved OCBC. UOB was involved in five deals worth $262 million, including a US$92 million loan to refinance the Newcastle coal port in Australia, according to Market Forces.

The study suggested that while the Singapore government has declared 2018 as “the year of climate action”, the country’s banks are “stuck in the last century in terms of their lending practices.”

DBS became the first Asian bank to commit to sourcing all of its energy from renewable sources in September last year, but the bank does not take the same approach to lending, the research showed.

DBS is co-financing four 1200 MW coal-fired power plants in Vietnam—Nam Dinh 1, Nghi Son 2, Vinh Tan 4 and Vung Ang 2—and is a financial adviser for a number of planned coal-fired projects in Indonesia including the Jawa-6, Jawa-9andJawa-10 plants.

The company’s climate commitments — stacked up against its lending policy — are “utterly incompatible with its stated claims to be one of the world’s leading banks,” commented Vincent.

In response to the Market Forces study, DBS told Eco-Business that it was “committed to the sustainability agenda” with a plan to green its own operations, and it adheres to sustainable finance guidelines that were introduced for Singapore’s banks in 2015, prompted by Southeast Asia’s worst ever haze air pollution crisis.

OCBC and UOB also responded by pointing to their responsible financing guidelines, with UOB adding that it requires borrowers to comply with the environmental, social and governance regulations that exist in the countries where they operate. “We carefully select the projects to finance after due assessment on each is made,” a UOB spokesperson said.

OCBC stated that the energy projects it support provides much-needed access to electricity and job opportunities for local communities in the region. The bank added that the type of energy a country uses depends on the availability and feasibility of adopting it.

“We believe that sustainability is a journey,” said Vincent Choo, chief risk officer, OCBC. “We continue to strengthen our responsible financing practices over time and seek to positively influence our customers’ behaviors by engaging them in adopting appropriate sustainable practices.”

Market Forces’ Vincent commented that Singapore’s banks can no longer “hide behind the fallacy that more coal is required” to aid development in Southeast Asia, a region where 65 million people still live without electricity but is the world’s most vulnerable area to climate change.

“Today, it’s clear this can come from renewable energy, not fossil fuels, particularly since in many countries, clean energy is the cheaper option,” he said. “Singapore is positioning itself as a global leader in terms of sustainability yet its banks remain wedded to out-dated dirty energy. It’s time for change.”

The falling price of solar panels—which is expected to decline by a further 60 percent over the next 10 years—and plentiful sunshine has made Southeast Asia a promising region for renewable energy.

But heavy fossil fuel energy subsidies and monopolistic national energy suppliers have stymied the adoption of renewables, and at current rates, coal is predicted to be the region’s dominant energy source by 2040, according to the International Energy Agency.

Though lagging some of their international peers on climate action, Singaporean banks are the most sustainability-focused in Southeast Asia, a report from World Wide Fund for Nature on Asean’s biggest banks found at the end of last year.

The report called on Southeast Asia’s regulators to introduce stricter sustainable finance regulations for their banks or risk defaulting on commitments made to the Paris Agreement on climate change.

As Singapore burns no coal and relies almost entirely on natural gas for energy, the lending practices of its local banks do not impact their country’s ability to meet its Paris Agreement commitments.