President Halimah Yacob delivered an address on Aug. 24 for the commencement of Singapore's 14th Parliament to establish the government's upcoming policies and priorities.

Under the theme of "Adapting to New Norms and Building Our Home of the Future", three ministries have outlined their plans on how Singapore can thrive sustainably in a post-Covid-19 landscape, taking in mind the the looming threat of climate change.

They are the Ministry of Transport (MOT), Ministry of National Development (MND), and Ministry of Sustainability and the Environment (MSE).

In light of the Covid-19 pandemic, the main thrust of MOT is to secure Singapore's status as a connected and competitive hub. This includes reviving the aviation industry and investing more in the maritime sector.

Ramping up public transport and making it more accessible is one of the key ways the ministry is attempting to reduce carbon emissions. This will fall under its vision of a 45-Minute City with 20-Minute Towns by 2040, where walk-cycle-ride (riding on public transport, that it) are the ideal modes of transport. To achieve this, MOT will be opening new stations and lines in the coming years, such as the new Jurong Region Line and Cross-Island Line.

By 2040, all public buses will run on clean energy, and private vehicles with internal combustion engines (ICE) will be phased out. The latter will be accompanied by a push towards electric vehicles, as the government plans on installing more charging stations. LTA will also be spending S$1 billion on expanding the current cycling path networks to 1,320km by 2030.

Transport Minister Ong Ye Kung also laid out plans to decarbonise Singapore's maritime sector to tackle climate change. An International Advisory Panel on Maritime Decarbonisation has been set up to develop relevant strategies and policies. A Maritime GreenFuture Fund has also been set up to accelerate the development and adoption of low-carbon technologies.

These initiatives will support the International Maritime Organization’s Strategy on Reduction of Greenhouse Emissions from Ships, and ICAO measures including the Carbon Offsetting and Reduction Scheme for International Aviation. 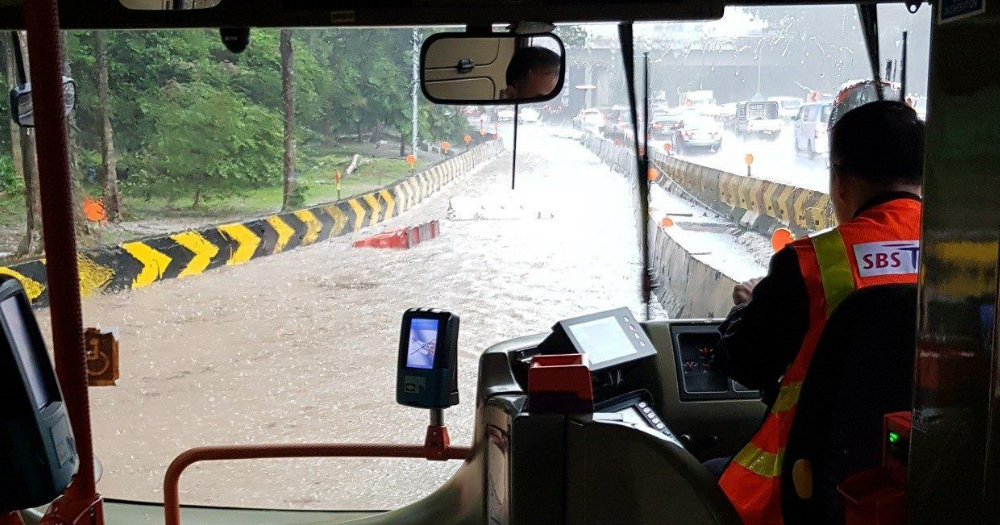 Minister for National Development Desmond Lee highlighted the need to move towards a more green, liveable, and sustainable city. To transform Singapore into a City in Nature, Lee said the ministry would be dedicating more green spaces as nature parks for recreational activities, and "protect[ing] our nature reserves from the impact of urbanisation."

Lee said that new HDB towns will be designed with sustainability in mind. One example is Tengah with Singapore's first "car-free" town, featuring naturalised landscapes and an underground road. In the meantime, sustainable initiatives, such as rooftop solar panels and smart LED lighting, will be rolled out in existing towns. Lee noted the ministry's aim of reducing energy consumption in HDB towns by 15 per cent by 2030 as well.

Buildings that save more energy

Efforts would be made to raise building sustainability standards with the aim of greening 80 per cent of buildings by 2030 — MND will be working with the industry and community to roll out the next Green Building Masterplan.

The ministry will also encourage building owners and tenants to adopt energy-saving solutions.

The National Parks Board has also launched its One Million Trees movement, with the aim of planting one million trees in the next decade. The movement will involve stakeholders from every aspect of society, such as Community in Bloom gardening groups, volunteers, nature groups and businesses.

The movement encourages Singaporeans from all walks of life to be "stewards of our island's greenery". 48,310 trees have been planted around the island so far.

"We are never done improving Singapore. Each generation builds upon the efforts of the previous one. We will work with Singaporeans to build a better home for our generation as well as future generations of Singaporeans," Lee said.

MSE will push for sustainability to be "at the heart of [its] plans, policies and processes".

Aside from shoring up public health resilience in the midst of Covid-19 and boosting Singapore's food and water security, MSE will be pushing for a "green recovery" from the pandemic by supporting a transition to a low-carbon and climate-resilient future.

To cope with rising sea levels, one of the effects of climate change which will directly impact low-lying Singapore, a S$10 million National Sea Level Research Programme was launched to develop projections of sea level rise scenarios in the future.

Alongside the Coastal and Flood Protection Fund with an initial injection of S$5 billion, another S$400 million will be spent on upgrading and maintaining drains by 2021 to mitigate heavy rains and flash floods.

The development of Tuas Nexus, a new integrated waste management facility expected to be operational by 2027, will help Singapore towards a circular economy.

Used water and food waste will be converted to biogas, a renewable and clean source of energy, which will generate electricity for the Tuas Nexus facility.

Minister Grace Fu listed some other things the ministry will be working towards:

"We will promote green growth, ride on opportunities from decarbonisation, and grow green industries such as carbon services and climate science. We will encourage and support companies to reduce their carbon footprint, and explore new privatepublic collaborations to make Singapore a leading example of how economic prosperity and environmental sustainability can go hand-in-hand."